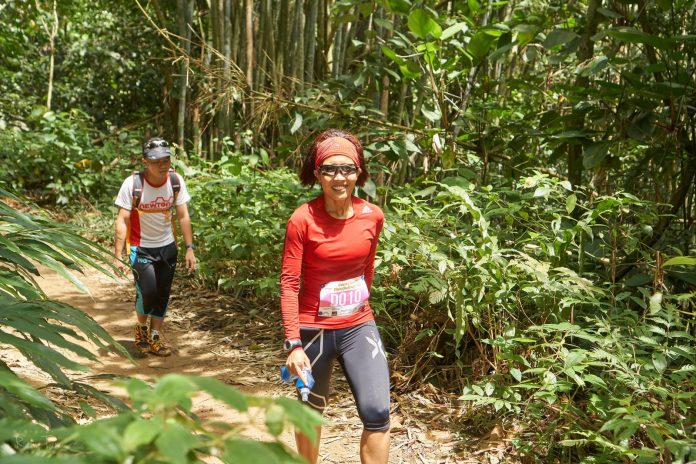 “We need never be ashamed of our tears.” – Charles Dickens

The hardest part was the first step to start. To get your ass out of the door, to the foot of Mount Nuang, Hulu Langat, Selangor, at the dawn of 6.30am.

And that’s when the anxiety and nervousness started to kick-in, being among around 232 strong runners, who were all seemed so excited and thrilled. 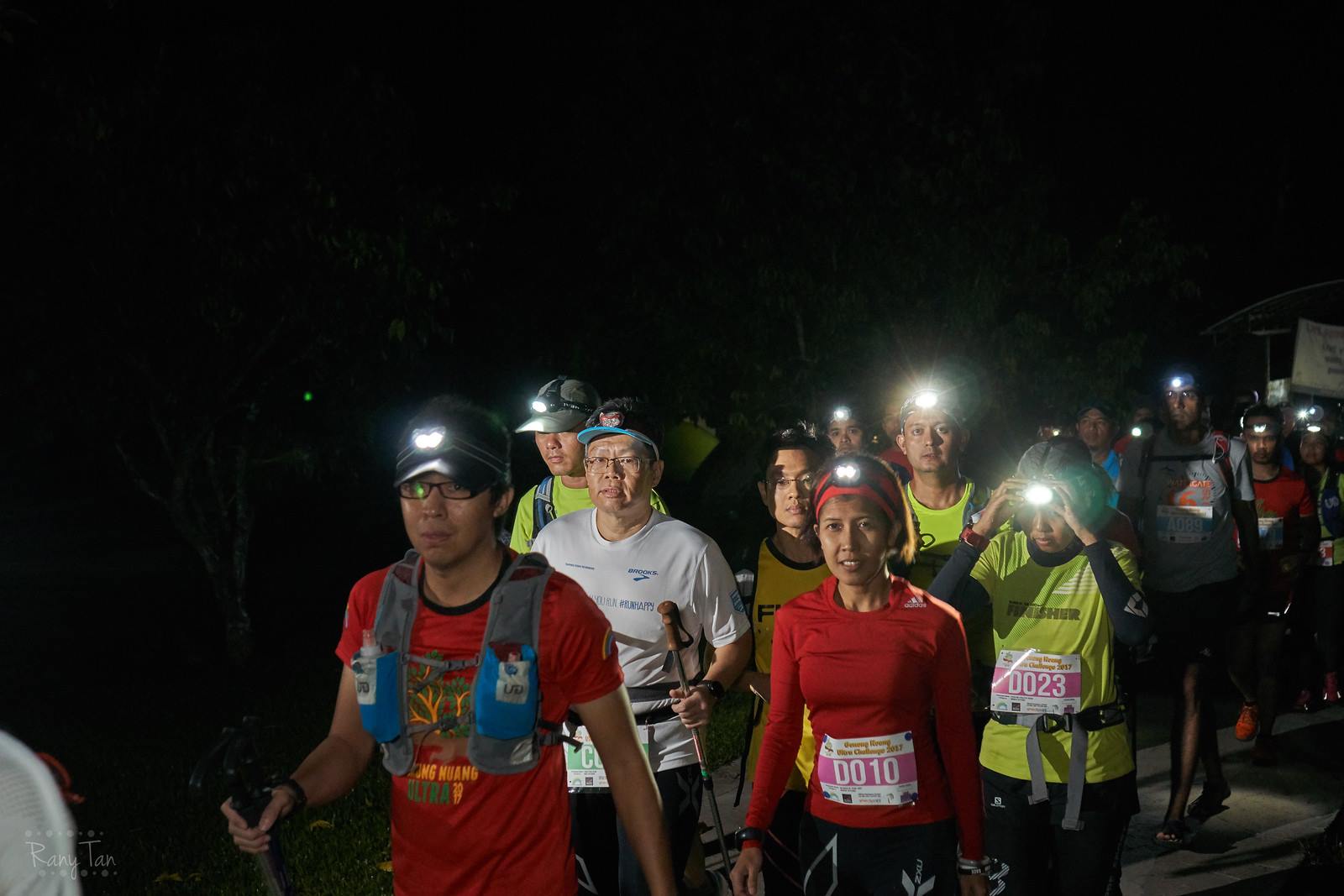 Which got me thinking – ‘What on earth was I thinking when I signed up for this?’

‘Life isn’t some cartoon musical where you sing a little song and your insipid dreams magically come true‘ – Zootopia.

Life is deciding what you want, and pursue it by all means possible. Blood, sweat and tears included.

There you go. Got the answers. 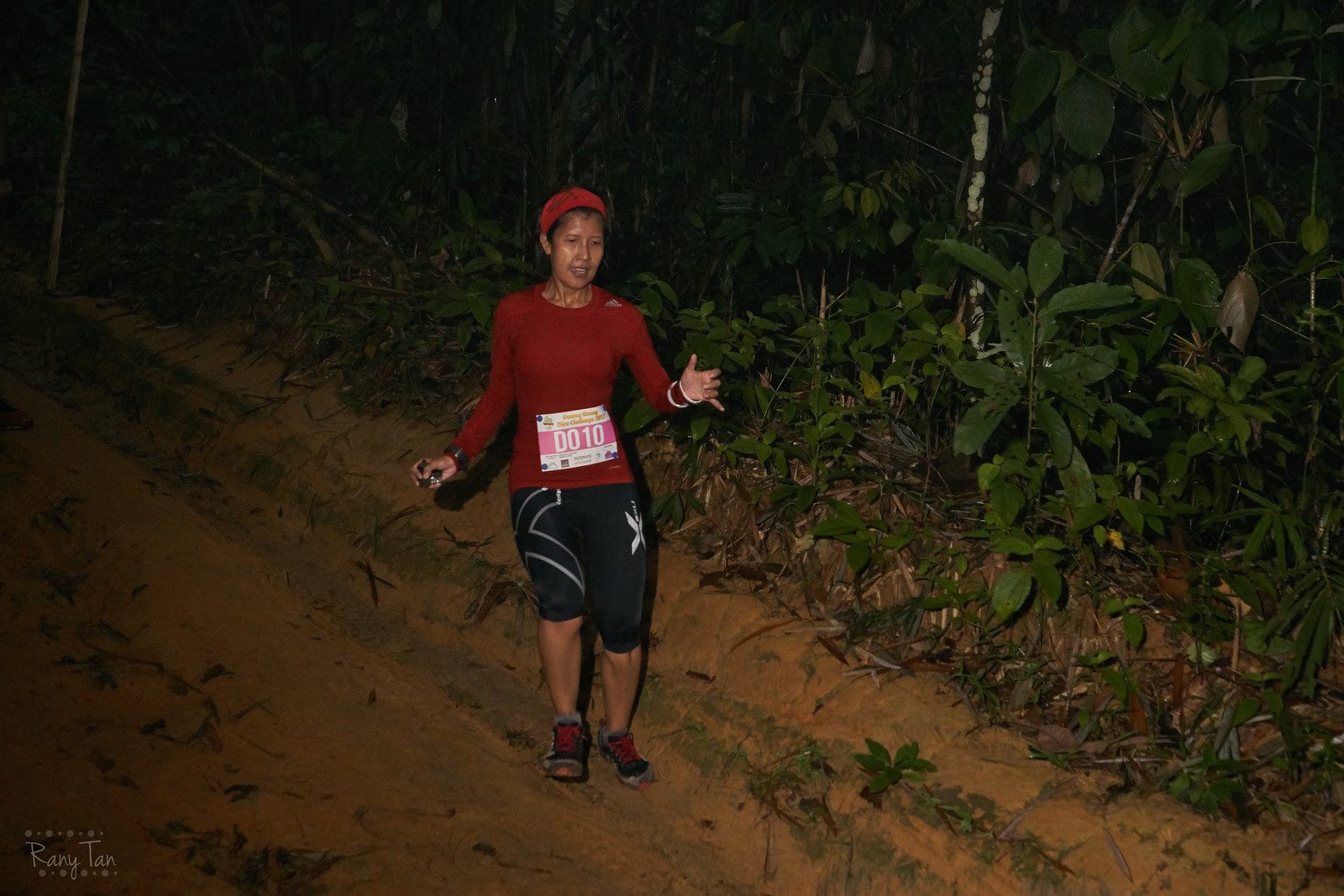 And before I knew it, Jeff Ooi, the Race Director for Gunung Nuang Ultra 2017 blared the siren sound, signaling the event has started – 12 hours of dirt, mud, trail – and just running up and down the mountain loop at around 10km each.

Too late! No turning back now! “Just Run Lah!”

Now, I’ve never ran on trails so early, being surrounded with so many runners in a cramped environment, swarmed by the darkness of the mountain before. 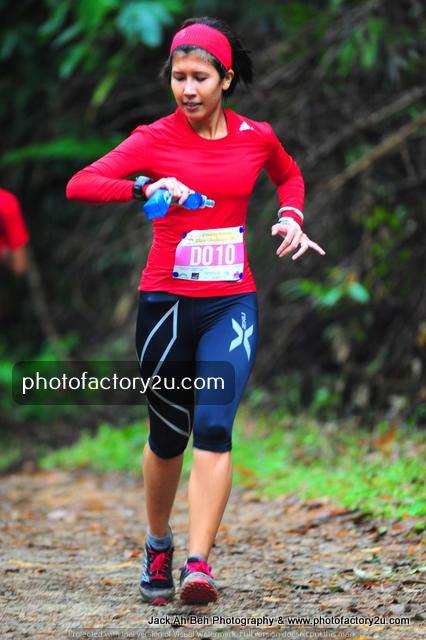 Gunung Nuang Ultra 2017 was the first time for this rookie.

Going up the first loop was a challenge indeed, with uneven steps, slippery slopes, getting plunged into the unknown obscurity – with the sound of everyone’s heavy breathing.

I think mine was the loudest though. I swear I think my heart popped in and out of my body several times during the run. 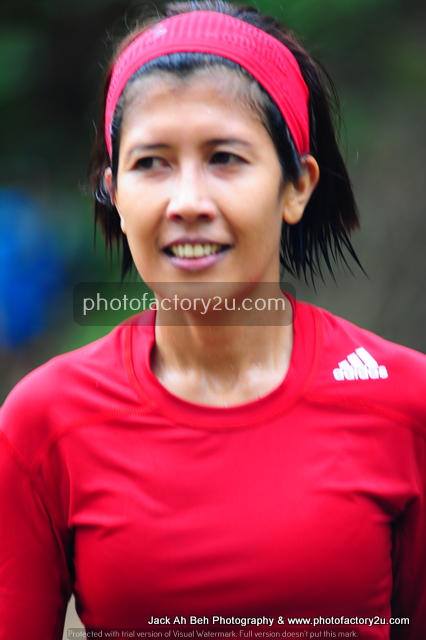 “What an unchallenging life it would be if we always got things right on the first go.” – Ransom Riggs

There were moments, along those almost 12 hours of running the mountain trail, that I was faced with feelings of exasperation.

There were times, when I was torn between giving up and knowing that I’ve had enough;

Or to keep on moving, as I was repeatedly told that ‘you’re not a quitter’ and ‘don’t stop now’.

And all the other things that were needed for me to keep on pushing. 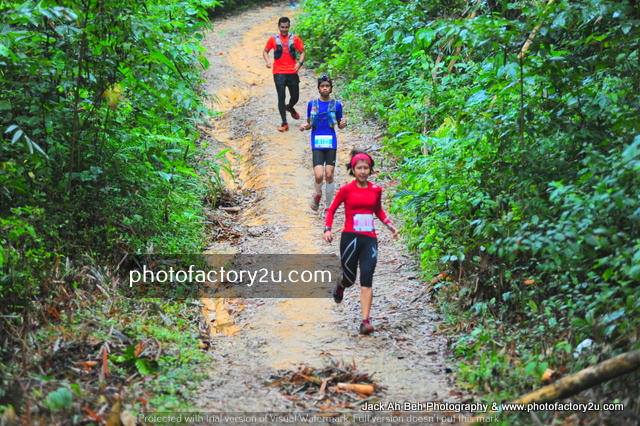 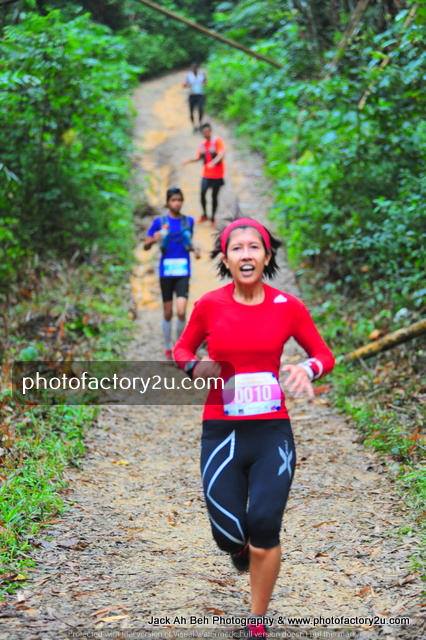 Negativity started to creep. Added to it was that my eating habits always draw constant criticisms from everyone, and it seems that I didn’t re-fuel enough, or stop a bit longer to rest.

So I started to go downhill (pun intended) from loop 3 onwards. 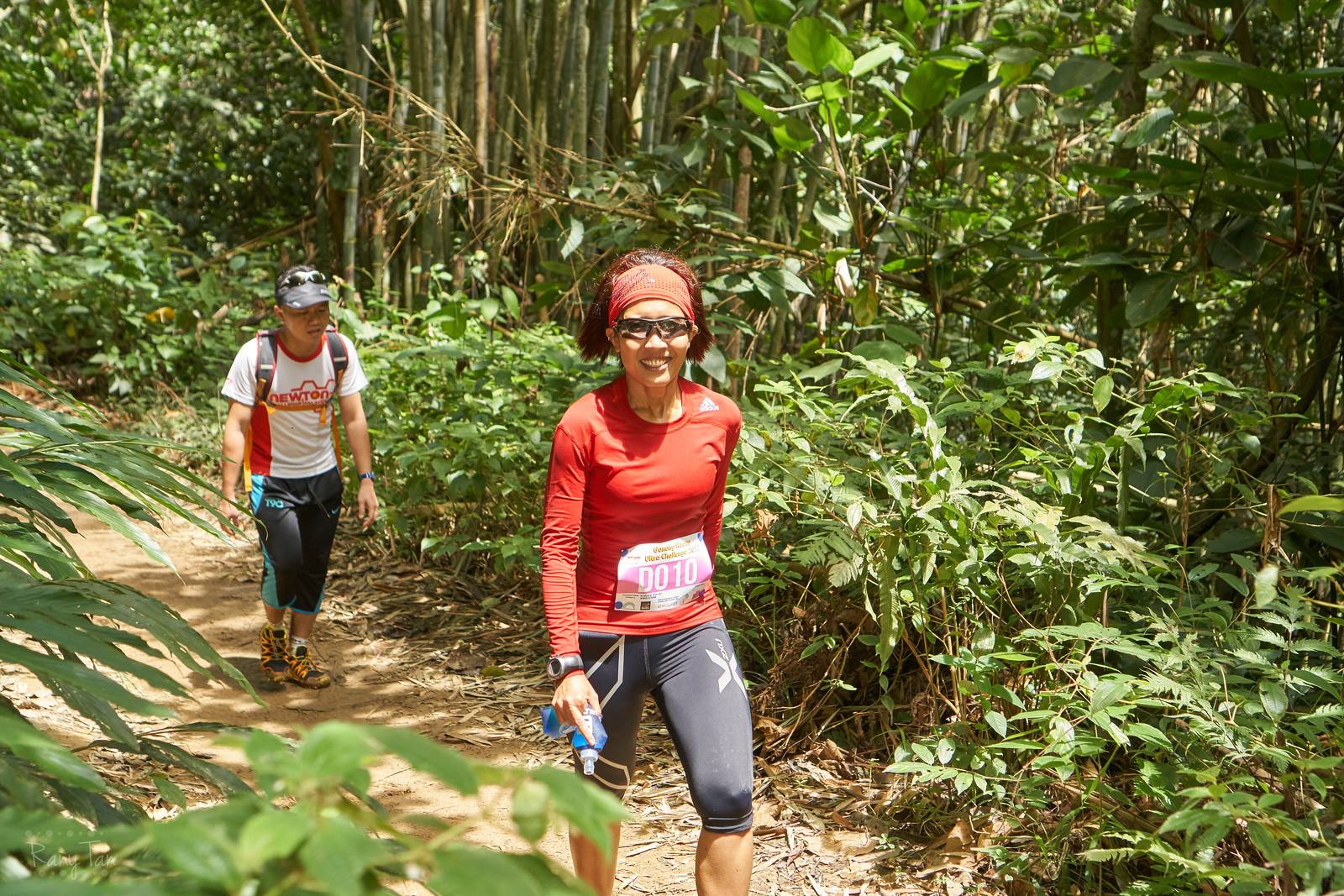 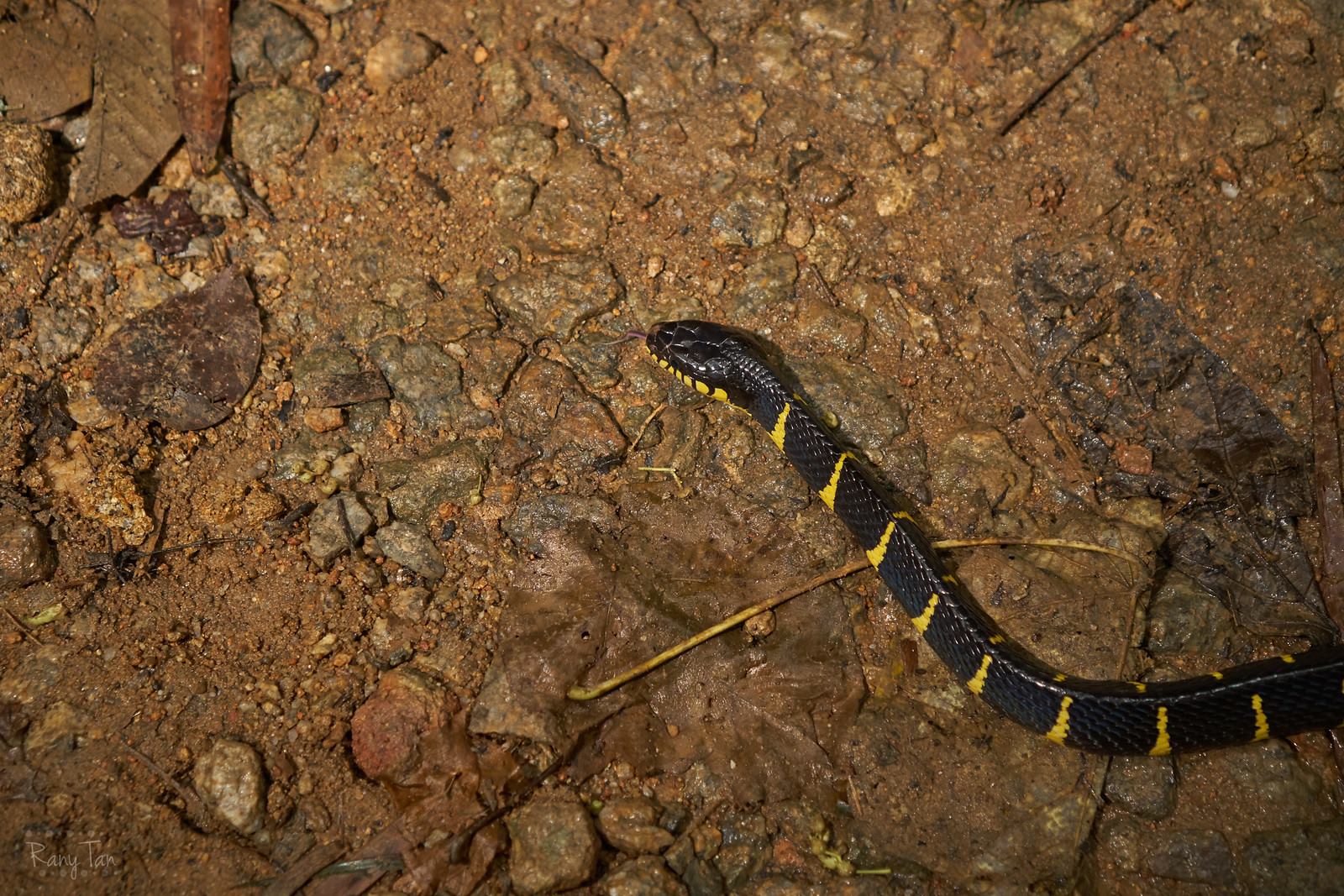 And when I started to hallucinate – seeing worms that look like crocodiles, snakes to look like dinasours and began mumbling to myself – it took my running Sifu Abe’s words asking me to get some rest to seal the deal.

I was ready to hang my running shoes after the 5th loop (the minimum requirement for the event).

I just wanted to finish and not get the DNF (Did Not Finish) tag on me. 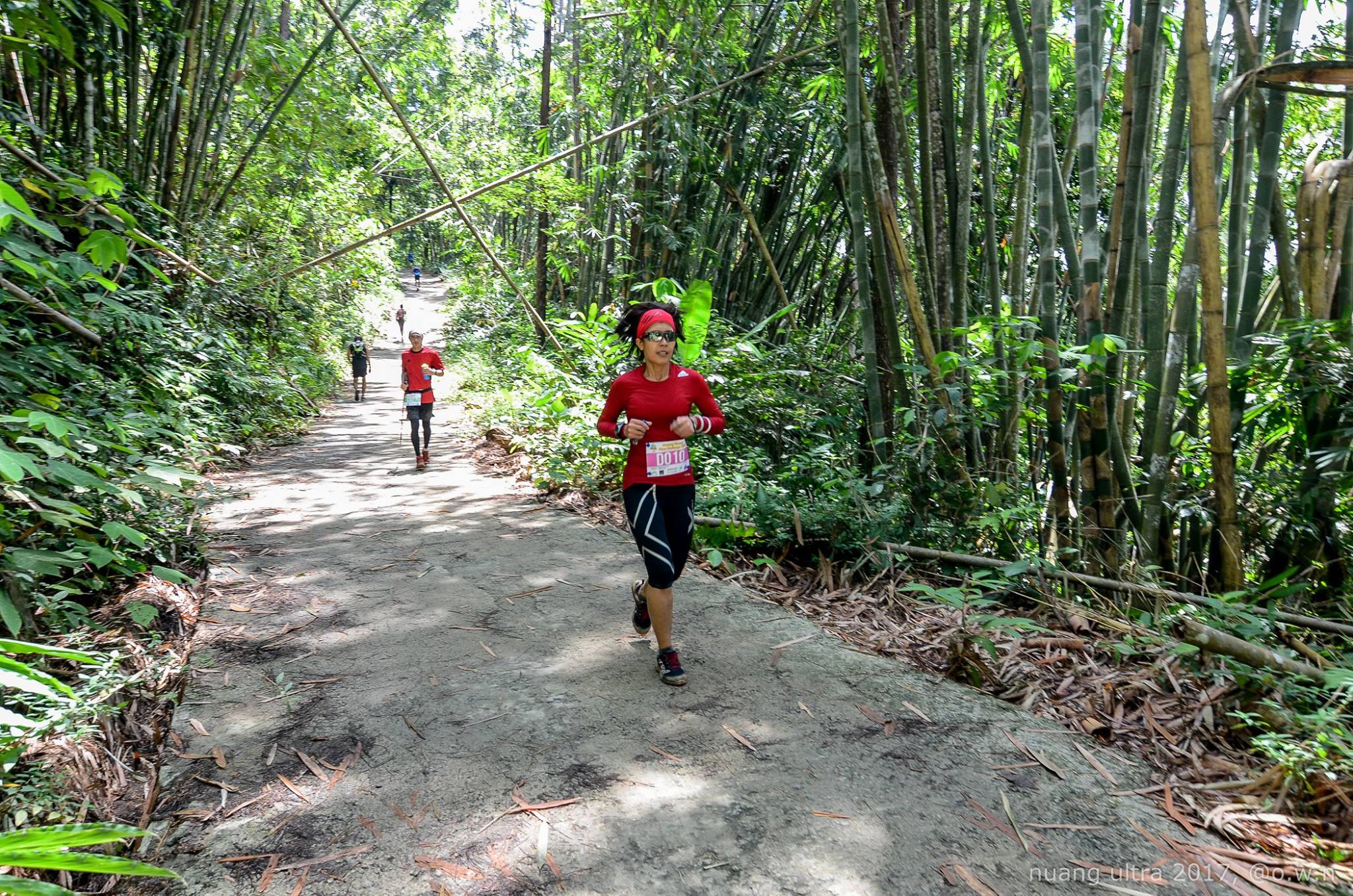 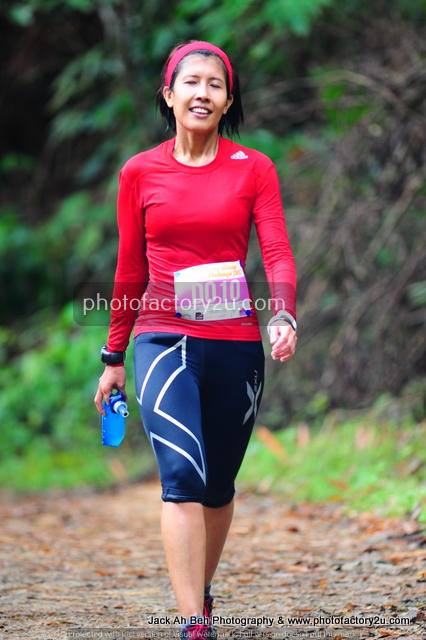 At this point, I was a crybaby. 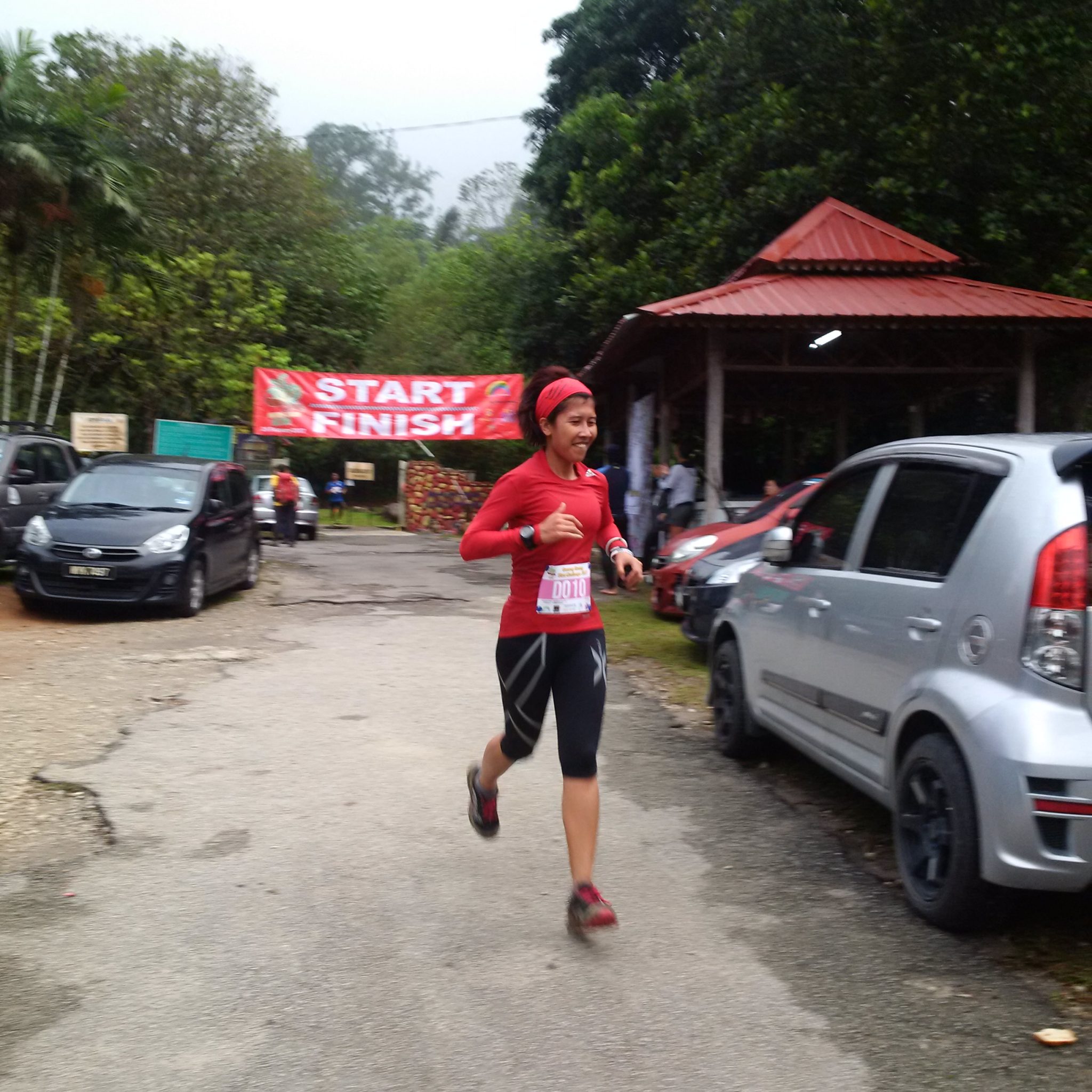 But then, the best kind of surprises are always the ones that unexpectedly came out of nowhere.

And a smile, a nod, a word that can make one goes a long way. To go to the farthest distance. 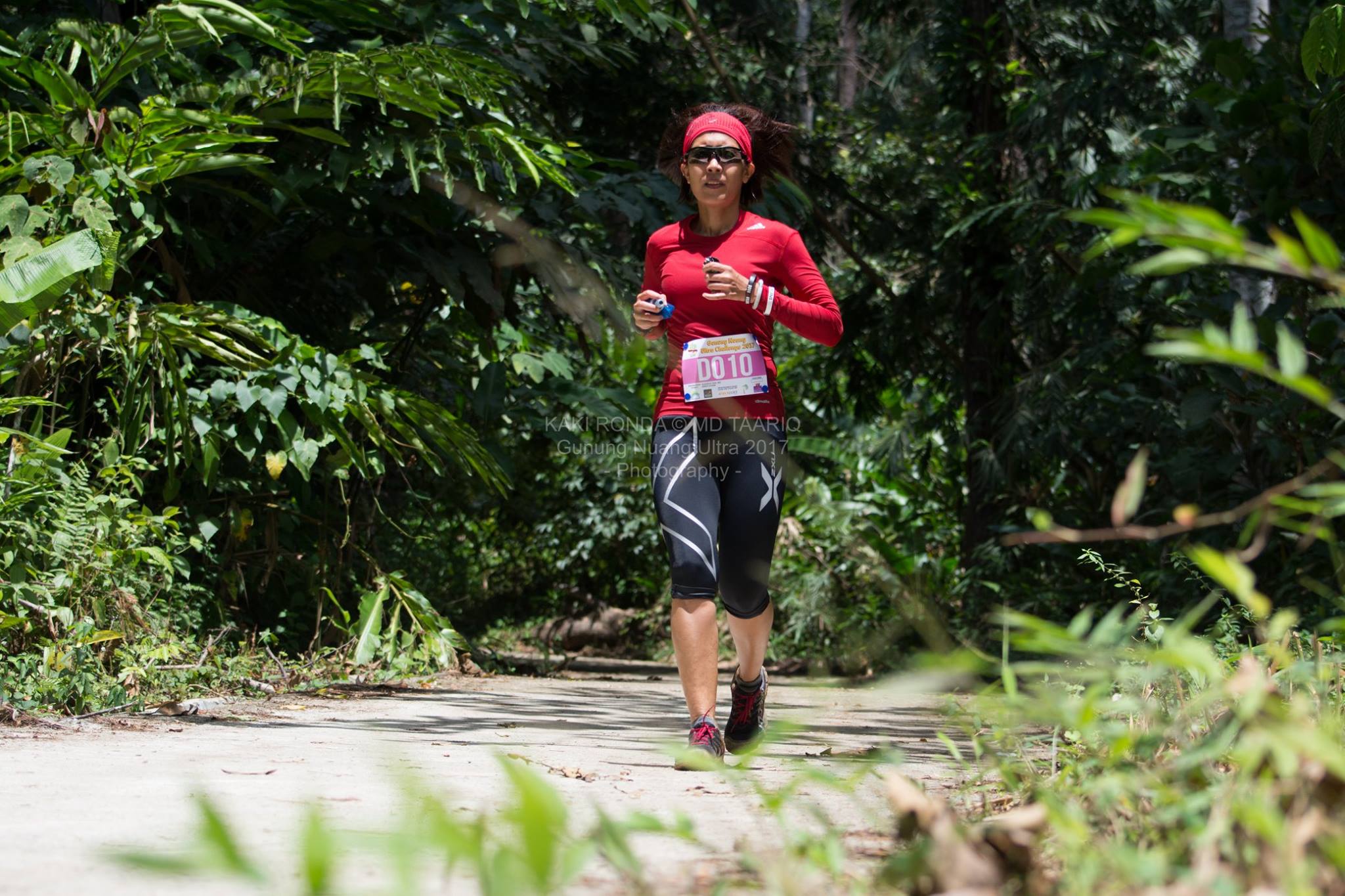 “I used to dream about escaping my ordinary life, but my life was never ordinary. I had simply failed to notice how extraordinary it was.” – Ransom Riggs

So in the end, I got up to the final loop. I shocked myself, but it was even more amusing to see the pleasantly surprised looks from everybody else.

Nothing comes easy, they say. 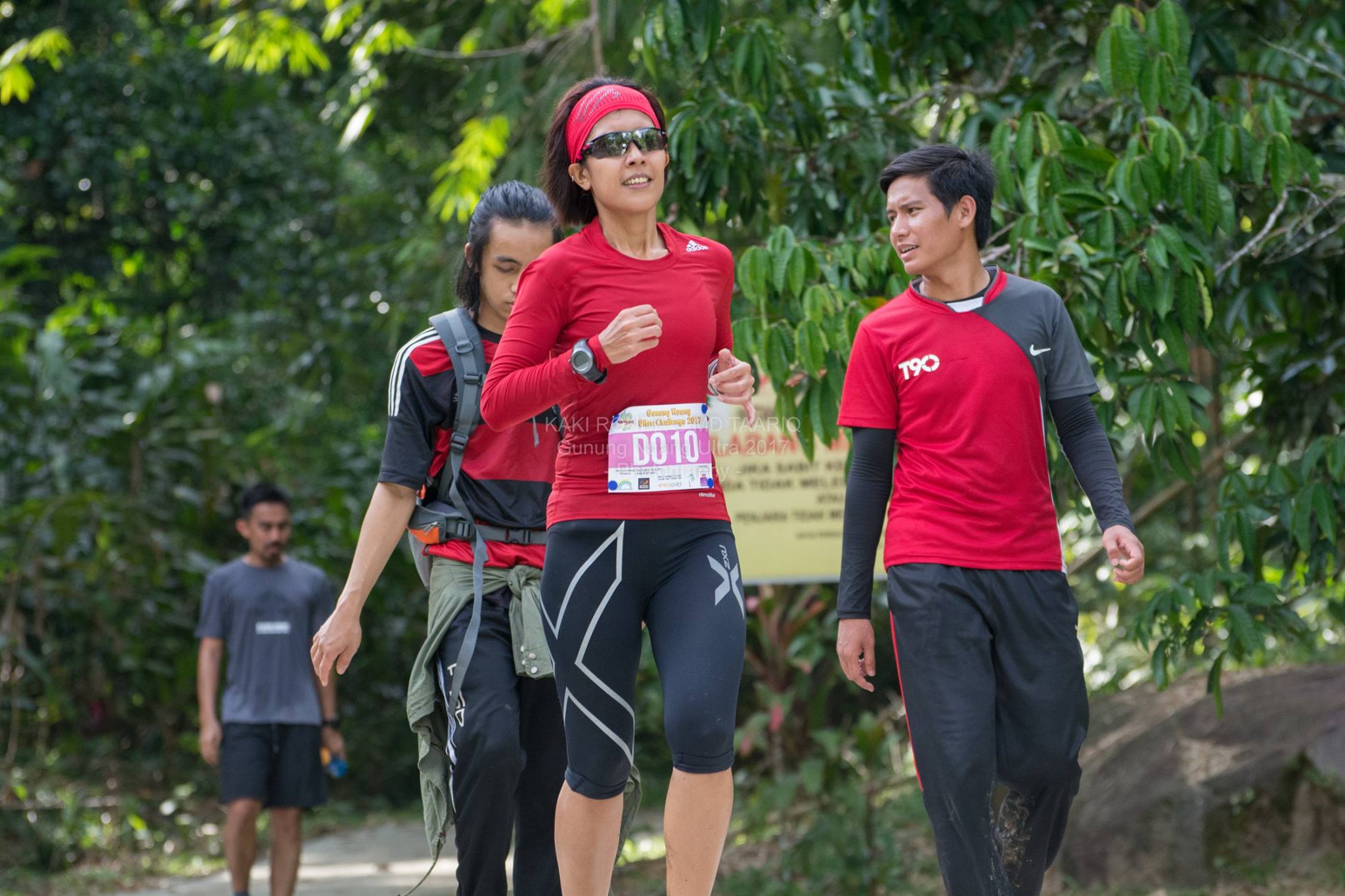 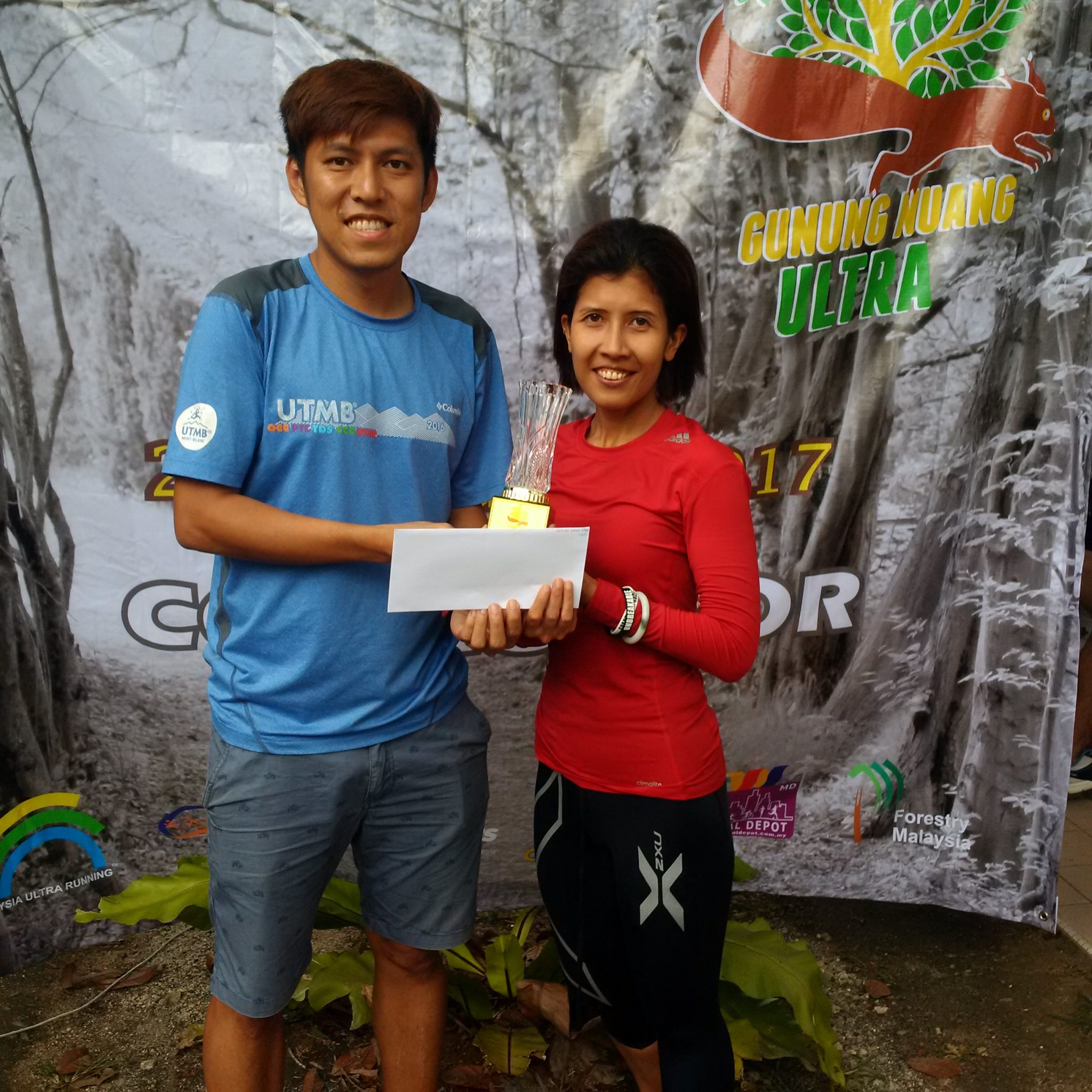 And finally, after a year of training, added with sweat, blood and lots of tears – yours truly got pushed to doing 60km, 6 loops in total, and came in first for the Women Veteran category.

It was a tough, hard race. The winners were all in good shape – and there I was – a wreck.

And that was all that matters. 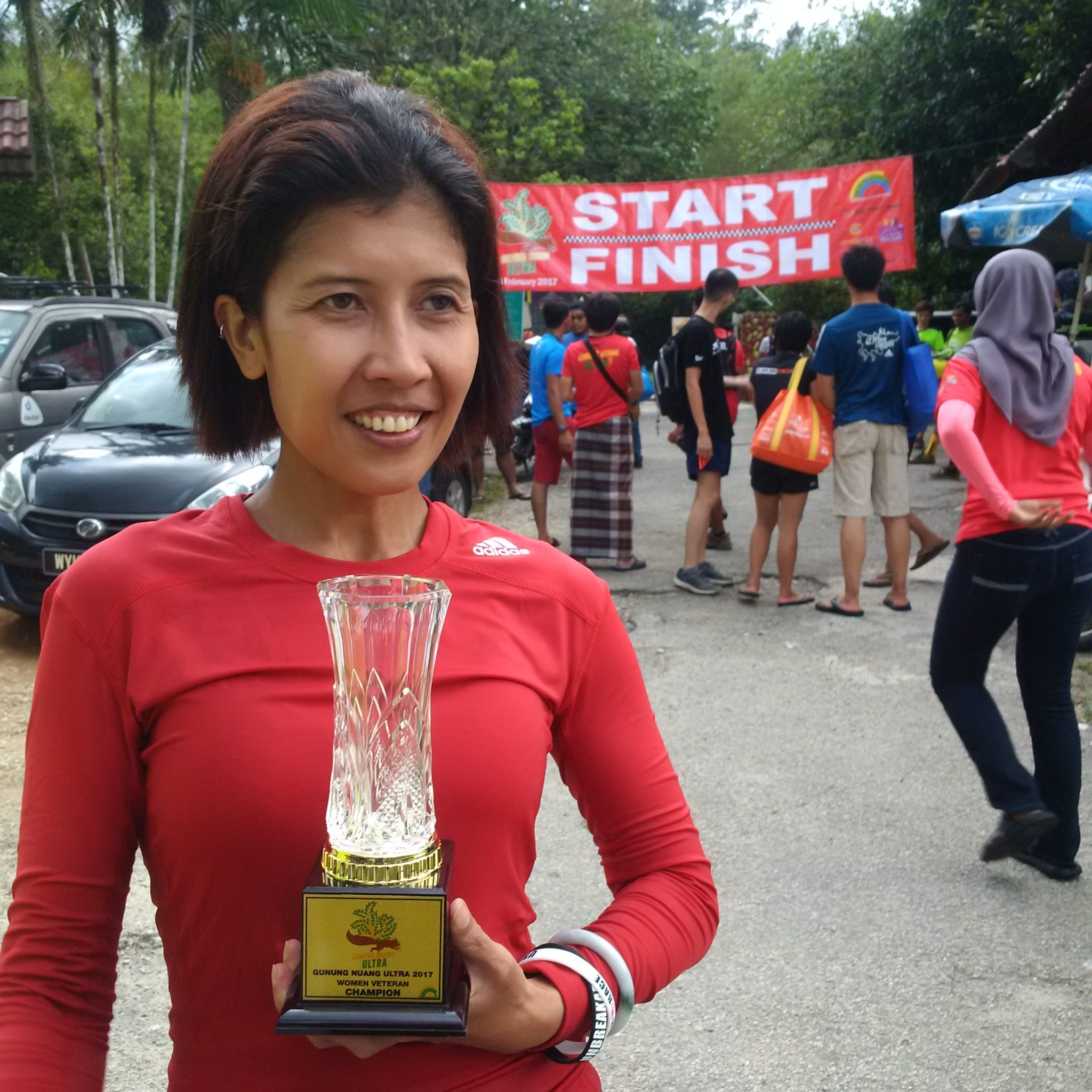 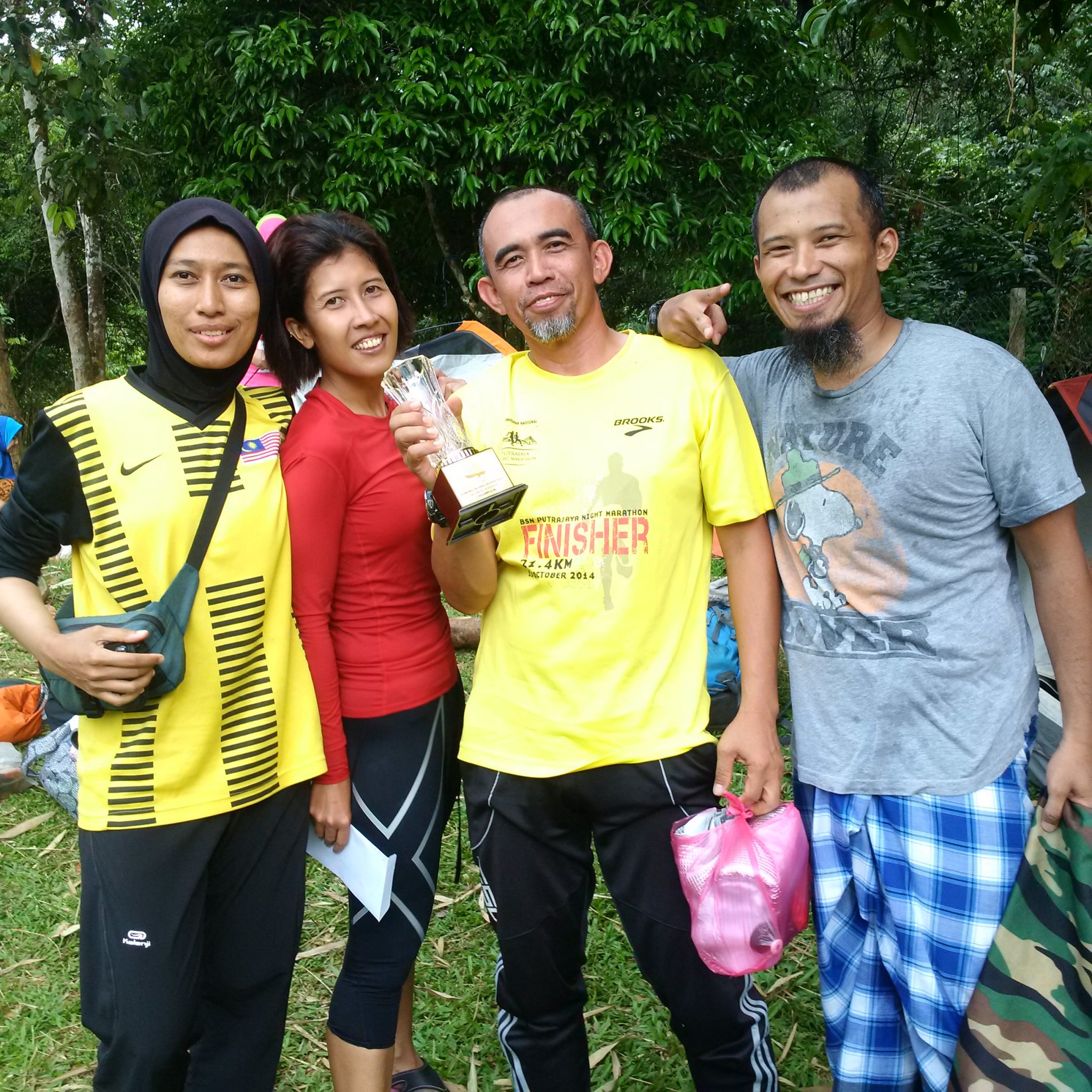 I learnt that everyone shouldn’t be so hard on themselves.

Self-doubt would only destroy you. The best part of your life will be the nameless moments you spend smiling with those who matter. 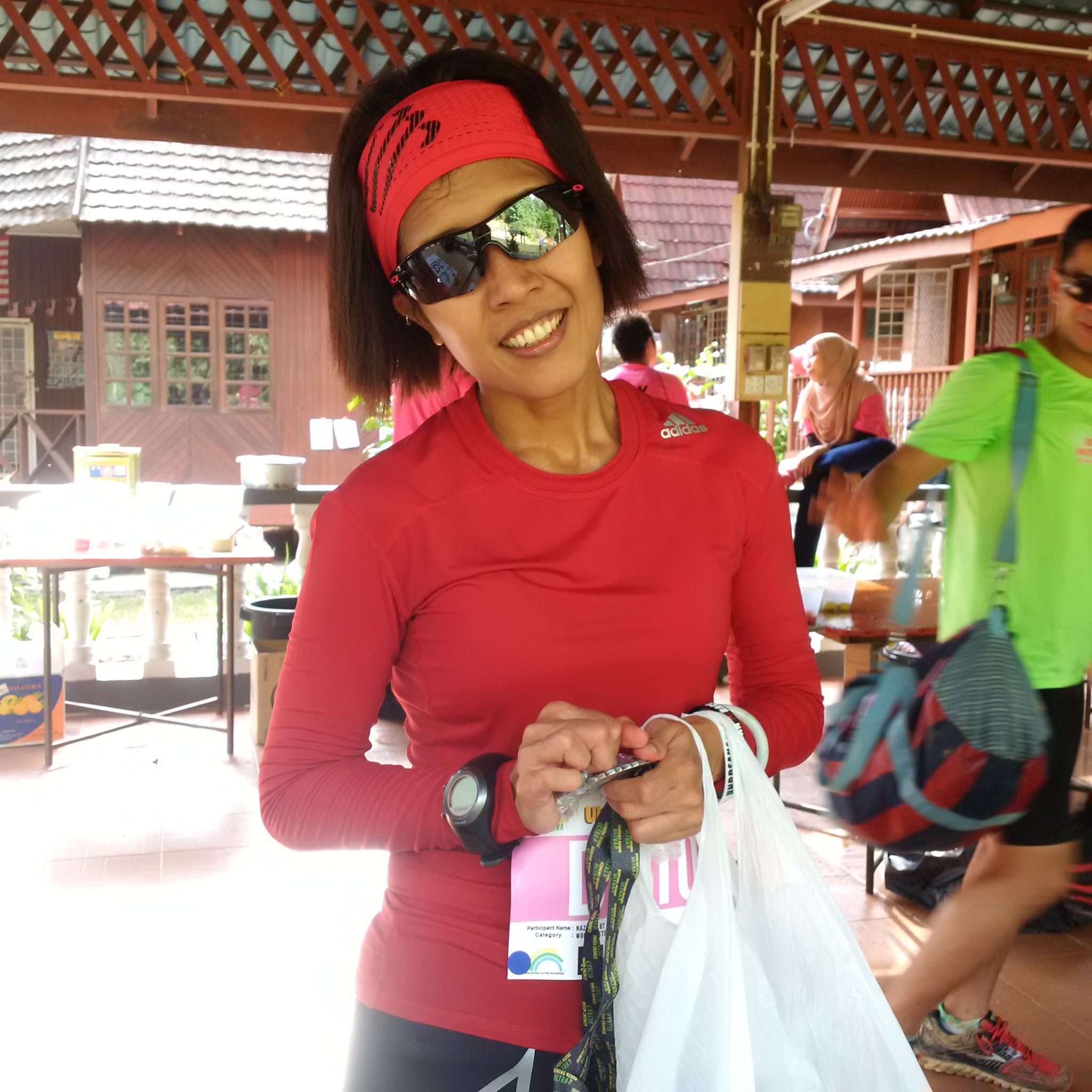 Credits are highly due to all the persistent and relentless photographers: 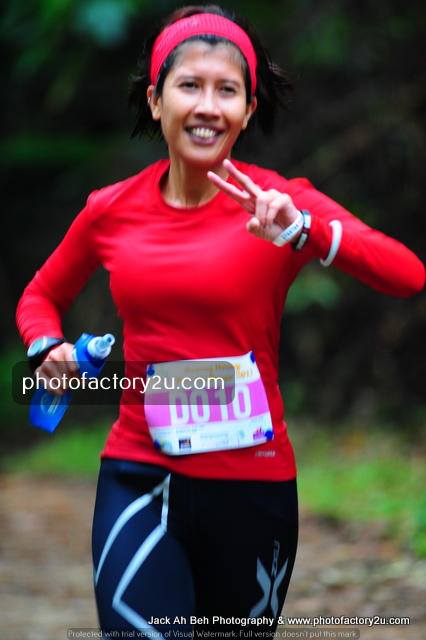 I left Gunung Nuang Ultra 2017 with a few lessons. But the top one was:

A ‘ngam’ (suitable) pacer is highly important, for me at least. Especially those who makes you happy and giddy and of the same (running) rhythm. And those who can handle you at your worst, especially when you start to get grumpy and cranky.

If not, ‘unstuck’ yourself, even if they use a super glue to make you stick by them. 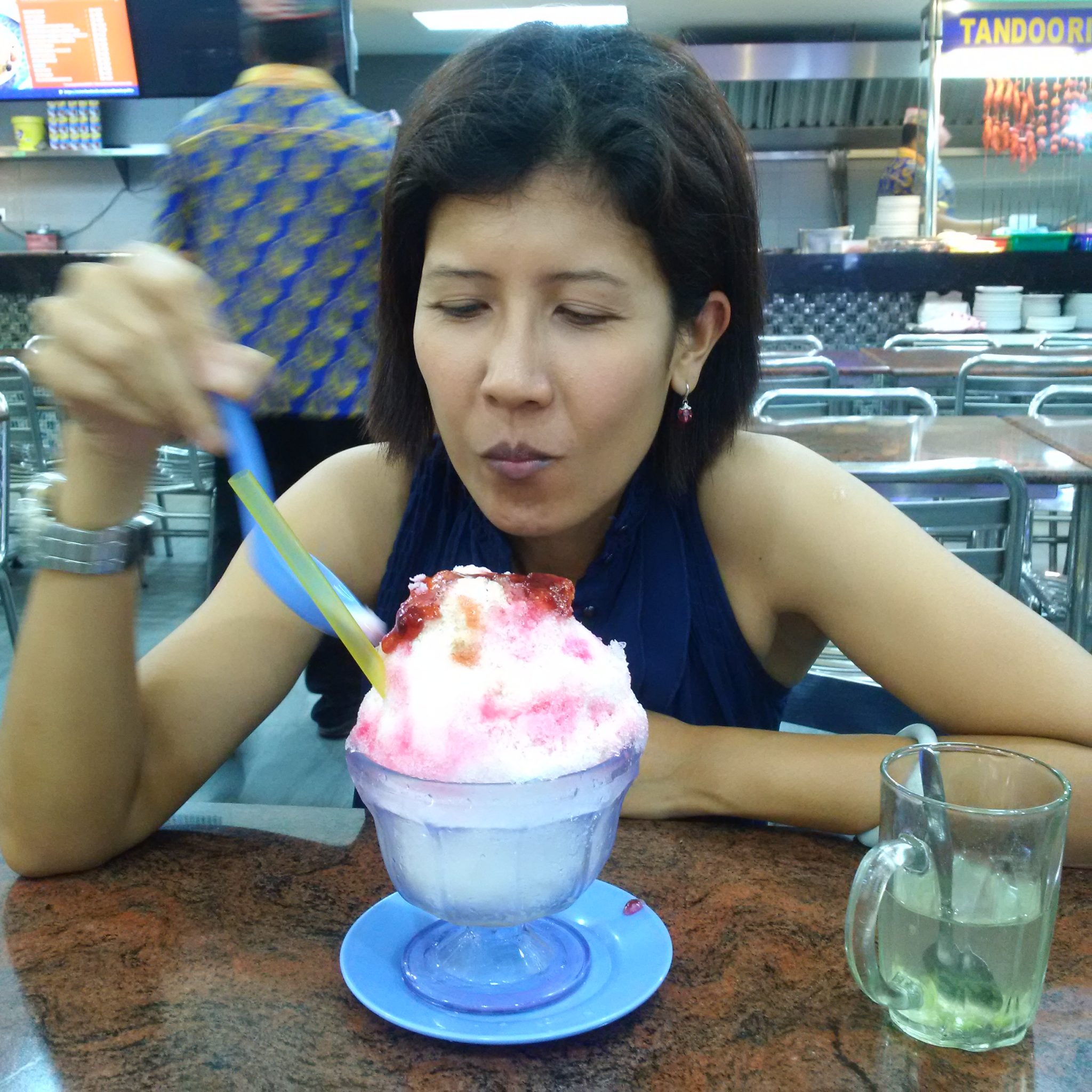 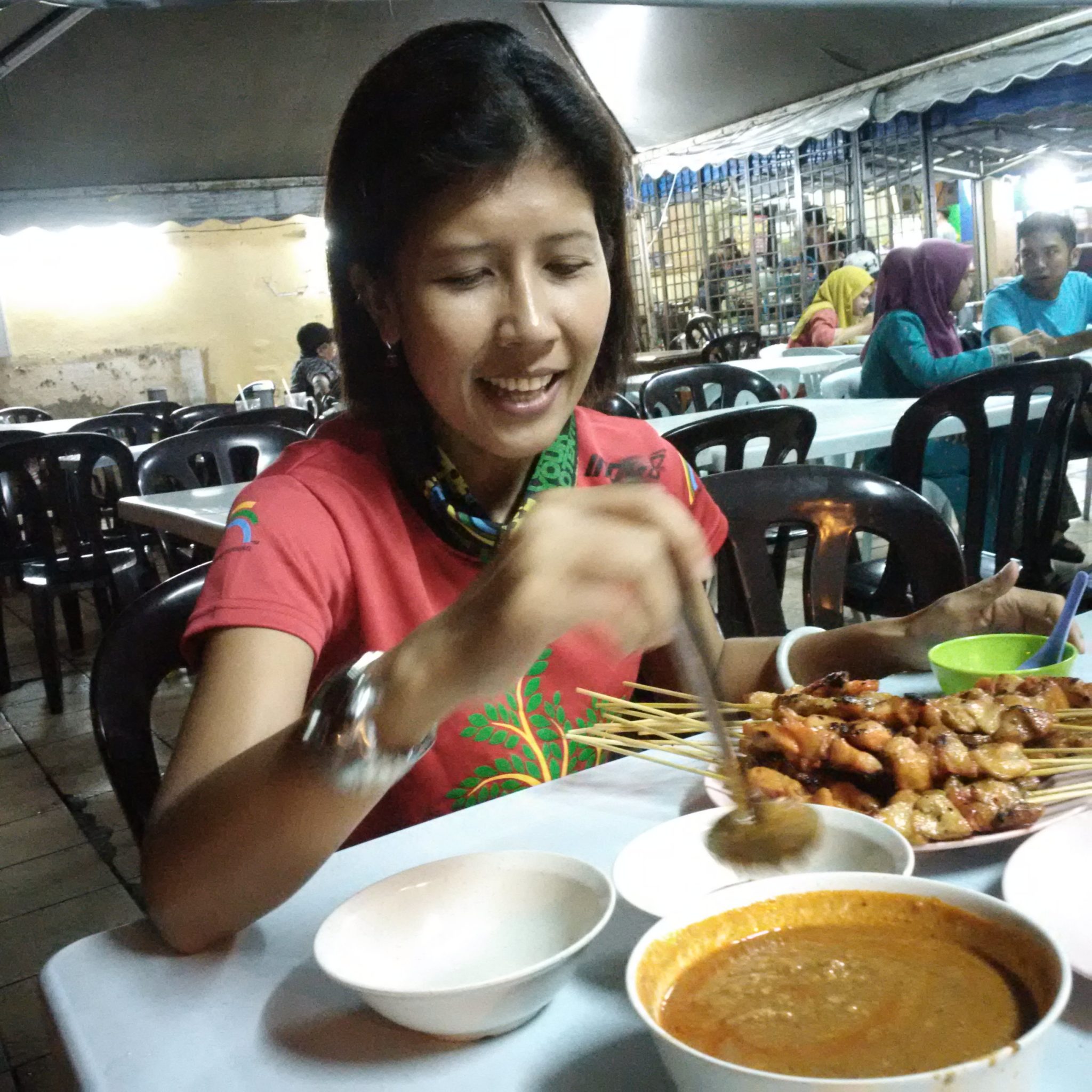 And at this point, I am not sure what am I rambling about. Perhaps it’s time to get some food.

Some real, yummy treats. None of those ‘bird food’ as people like to call my favourites.