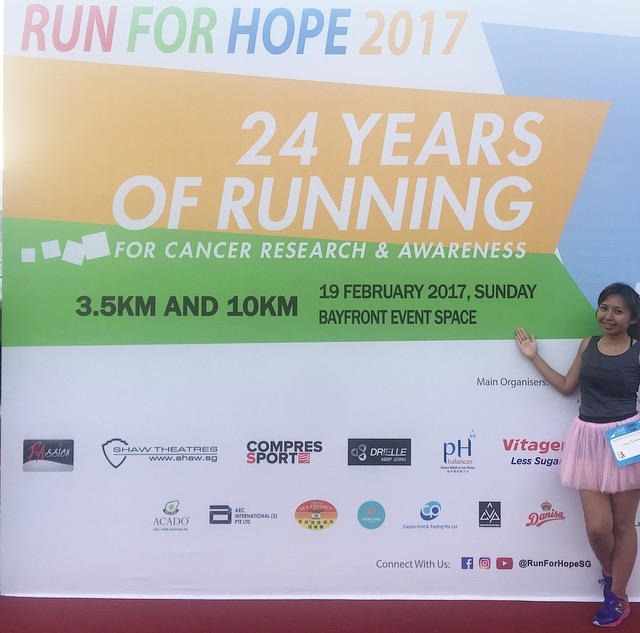 Agaration about 25% of deaths in Singapore every year is related to cancer. It’s really a very high percentage 😣 With advances in science and cancer research activities, it is hopeful that progressive breakthroughs can lead to a cure and manage cancer better. Run for hope is a run to raise awareness and support of cancer research. Contribution in healthcare research is really important, even Facebook co-founder Mark Zuckerberg also contributes billions of money in healthcare research aiming to cure all illnesses including cancer. 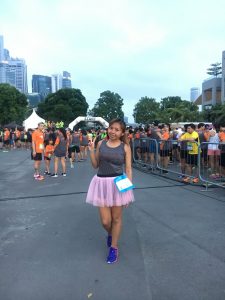 There is 2 distance category, the 3.5km and 10km. So I still turn up for the run though I was still sick as this is a rather meaningful running event, I feel ok and I could just turn up and walk all the 10km as I assume since there is no medal and no timing chip, there is also no cut off time 😆 Just possible that when I return to the finish point nothing is there anymore 😂

One of the reasons I participated in this run is also in remembrance of a lady, which fate had causes us to cross path in life. Seeing her going through many check ups, chemotherapy, taking of the medicines and going through pain and side effects over years, she was a determine and strong women and had fought fiercely battle after battle from breast cancer to liver cancer. You just have to believe that sometimes people come into your life to give you valuable lessons so that you will learn. 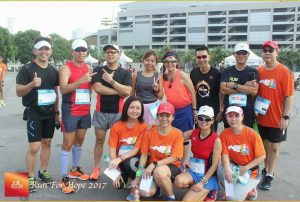 (Photo Credits: JJL Runners – Veronica) Though there is no finisher medal and no timing chip to record timing, it is still nice to see many runners I know at the event and so many people showed up to support the event though weekends is really shiok to nua in bed. But it will be nice to give us finisher medals as extra motivation, especially to medal collectors like me, the eyes will have heart heart like this: 😍 when we receive medals after the runs 😆 I think with medal and timing chips, more people may participate in this event.

I really like the bib design as there’s a blank space for the participants to write their dedications. Added to my wall of collection if the running bibs 😊 I cleared the entire one side of my room to leave the wall out and I think it is going to take years to fill it up with running bibs 😆

The website and social media platforms such as Facebook and Instagram is very well updated and maintained. With inspirational posts from cancer survivors and contest such as the best bib designed to keep the participants involved. 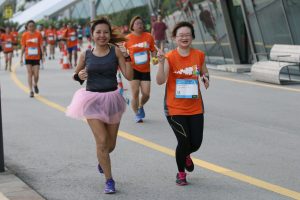 (Photo Credits: Running Shots – Eugene Tan)
On race day, weather is good but now I really miss the feeling of running at 13 degrees in Hong Kong. Seriously must run in cold countries then will know it’s so shiok! Not every run need to chiong so I went slow, chit chat with my friend and when Photographers spotted, we act like we very hardworking and run 😂 See the above photo is so nice 😆 Thank you photographer 😍 And so nice when the photographer took down his “weapon” off his face then I realised it’s Eugene! A running friend who have passion for photography and now he have joined running shots to take photographs of runners during running. Say hi to him when you see him in your future runs! 😊 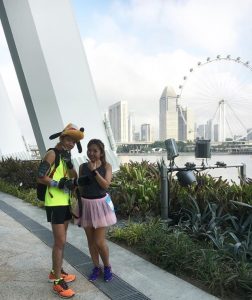 Maybe because there is no timing chip, I have no motivation to push myself to run plus I’m sick anyway, so don’t need to be so hard on myself. It’s still enjoyable though at my 7th km, the Sun is out and started to feel hot but I already gave up in hiding from the Sun months ago, I’m getting so much tanner and many people mistook me as foreigners. Come to think of it, I’m very universal 😆 Over the years, I’ve been mistaken before as their local when I visited their country for holiday or back here at home Singapore as Thai, Burmese, Vietnamese, Filipino, Indonesian and I’m most commonly mistaken as Malay.

The portable toilet is enough for the participants and no queues for baggage deposits and collections also no queues. Flag off for the 10km is at Bayfront event space at 7.15am sharp shortly followed by the 3.5km category. The race route is the usual route to Marina Barrage and u-turn back at Garden by the Bay East. There’s many water points along the route with only water and no isotonic drink but also never mind because at the race village got two Milo vans! 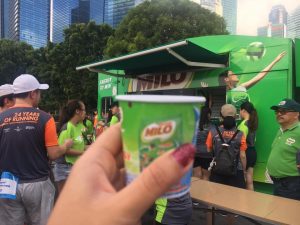 Win liao! Hope more future runs will have Milo vans in the race village or even Milo at the hydration points along the routes! Stay hopeful! 😍

And also the Vitagen tentage is fantastic lah! Got photo booth and also provide like unlimited bottles of Vitagens for the runners!

Overall I enjoyed the event very much, especially the Milo van and the trampoline workout we sat near the performance area at least a good 10 minutes watching the new type of workout, it’s seems really fun!