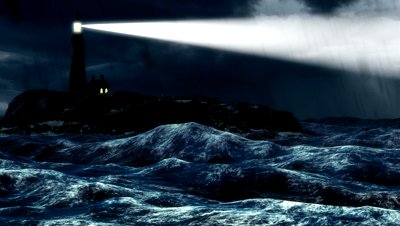 Amidst the dearth of Penang runs in the gloomy January, Gelugor Power Run 2 seemingly stood out like a lighthouse for the islanders! This event provided the much-needed beacon of hope to brighten up the northerners, eager to jump-start their official runs. 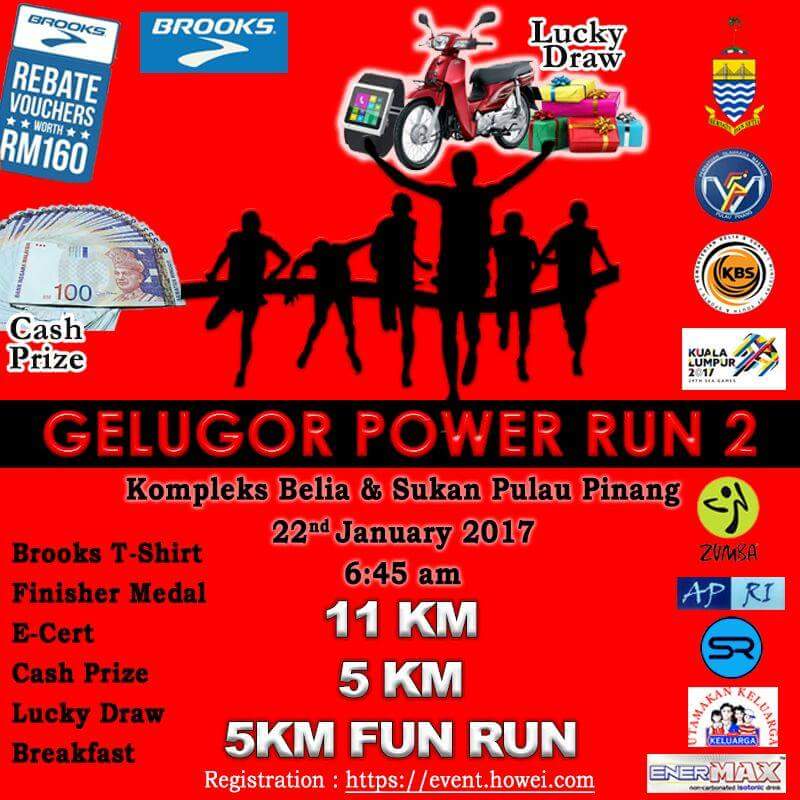 Held for the consecutive second year, this time the fixture was co-organized by SR Events and POMPP (Persatuan Olahraga Masters Pulau Pinang) on 22nd January at Kompleks Belia dan Sukan Penang with a route choice of 5km and 11km.

This race represented the first Penang running event in 2017, but it should also come with a sensible caution for the participants – “Manage your expectation!”

For a start, Power Run never pretended to be a premier event. Besides the customary T-shirt, finisher medal and light breakfast, the event neither promised a lot of goodies, nor souvenirs.

“No timing chip” was the terse comment of a few disgruntled runners.

Yet expectations should be kept to a realistic level, and it is perhaps necessary to remind ourselves that with only RM50 entry fee (or RM40 for early birds) and hardly any major deep-pocket sponsors, one can’t wish for lucrative handouts, if the organizers need to make ends meet.

What really mattered though should be the proceedings on the run day.

Right at the beginning, the predawn arrival of runners was rather properly managed. The entrance in front of Kompleks was well-manned with road marshals, directing the vehicles to the access road, leading to the car parks. Sufficient parking spaces were available, which extended all the way to the areas in the vicinity of The View Twin Towers.

Now came the interesting part. For an event that boasted Power in its name, one would have expected power to illuminate the starting point. Somehow it was glaringly bereft of lighting (interesting oxymoron) at the arch, as the 11-km runners assembled in total darkness.

After the flag off, the sardine-packed participants sluggishly groped their way out of the Kompleks compound, with a few momentarily stumbling over the uneven ground in the dark. Precious seconds ticked away for those seeking to improve their PB.

From the Kompleks, the runners travelled southward, passing Pesta ground before turning east towards Pantai Jerejak area. Then right after the flyover at The Summerton, they headed north and turned into the coastal highway.

There was not much scenery at the initial part of the route, though the stretch along the highway accorded the racers with the captivating view of the Strait of Malacca, Penang Bridge and sunrise in the horizon!

The run route was substantially flat, with the exception of one unforgettable elevation coming late towards the end. This high ground rose to about 33m at Km9, along Persiaran Tunku Kudin. Though the mini hill would not create serious hurdle for experienced runners, the newbies understandably slowed down to a stroll.

During the event, credits must be given as several road marshals were deployed at major crossroads. They were on hand to supervise the traffic, stopping the vehicles for the approaching joggers.

Junctions aside, however at certain stretches of the route, the runners literally ran the risk of accidents. At times, they perilously jogged right next to the moving cars and honking buses on the main roads.

Despite no untoward incidents, some safety cones and marshals here would have assuaged their nerves.

The other notable shortcoming was the available water stations (or should we say, non-available). The organizer had earlier promised two water stations along the route; somehow the Km4 water station inexplicably went AWOL.

To make the matters worse for the slower runners, the quencher at the sole remaining Km9 station ran out about 75 minutes after the flag-off. The only sight that greeted the dehydrated laggards was the abandoned pit-stop, with cups strewn all over the ground; so they ended up pounding the pavement, without a single drop of liquid.

For a run that guaranteed medals for all finishers (without time limit), the same pledge was surprisingly not extended for such basic necessity. Maybe it was not too demanding to expect the water provision to last at least 90 minutes.

Similarly, the organizer should look into the control of finishing point; where some racers unwisely clogged the arch to take selfies, hence blocking the running path of returning participants. Perhaps these posing ‘models’ should also be advised to be mindful of other unfinished runners.

For post-run activities, the organizer took the effort to keep the runners well entertained, with Zumba activity and lucky draws. With Brooks as the only booth to peddle their wares, it would be extra brownie points if more run-related stalls were set up too.

Perhaps this well-intentioned review can throw some light (pun intended) for their future improvement to restore our faith. Despite the blackout at the start, we still feel optimistic that this Power Run will return in 2018, much improved and perhaps a tad ‘brighter’!