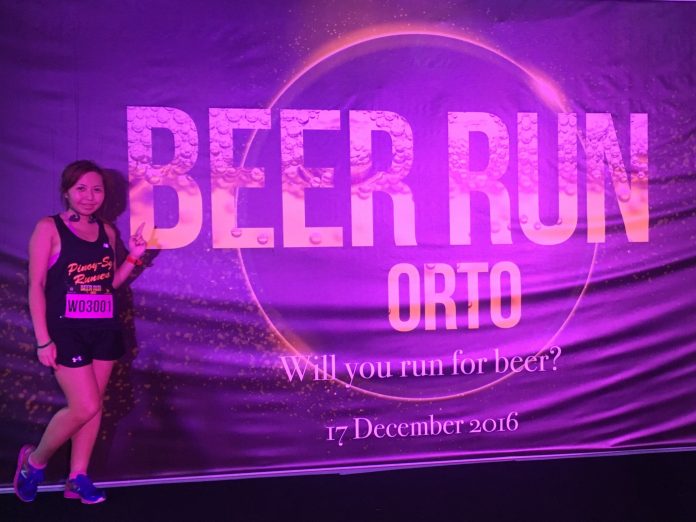 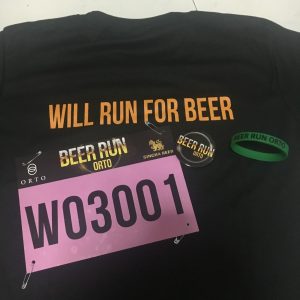 Will you run for beer? Silly question. Of course I will! 😍 It was raining heavily and though I was tired from pole class, still I want to go for the beer and see see look look! Not to mention that I fell down from the stairs last week as I missed a step and sprained my ankle 😭 Recovering but there is still slight pain. Was telling my dad it’s a free run as I won the slot from a contest and my dad response is: Running is free. You can go there and run whenever You want. True because it’s very near home but it’s different, it’s just different just like there is millions of trees but you are willing to give up the entire Earth of trees because you feel that it is one special tree. Got link bo? 😂 Just trying to say that runners will knows what they are willing to pay for a run 😊 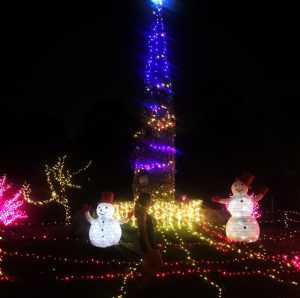 The location of the run is just 1.2km from home, best for me! Give the run a like! It’s walking distance from Khatib MRT. Though I went there to run a couple of times before but I went there for a short run to see see look look the day before and its so beautifully decorated for x’mas 😍 Running events is getting popular, I live in Khatib and Yishun my entire life and I don’t remember there is any run around my neighbourhood but recently there’s the OCC 3 Ten Run and now this Orto Beer Run. Or is it because that I started running only these two years so I didn’t know of any past runs?

So I waited for the rain to stop taking my own sweet time at home then I ran there. I think that the first wave flags of at 5pm but by the time I reached it’s already 6pm and I missed my wave, I didn’t even know that they flag off in waves. So the organisers asked me do I mind to run the next wave with the guys? Of course not, I need to rushed off for family dinner then after dinner I still have to rushed off to attend my pole school x’mas celebration the faster I start running the better 😊 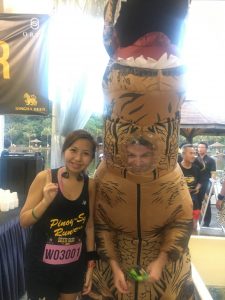 My wave of runners got a Super cute T-Rex. The T-Rex of course becomes the center of attention 😍 Before the flag off I heard one guy commented jokingly to his friends to be careful of those people who are fishing 🎣, we might get hooked any moment 😅 Each wave there is only 20 something people and before the run we were briefed that it’s running two loops around Orto. Running around the fishing area and the premises which includes a place where people plays paint ball and trampoline. Interesting activities. After the first loop we will need to finish a pint of beer before we start the second loop running a total of 1.8km. Of course there is prize for the fastest runners but I’m not sure because it definitely have no link with me.

Do I love to drink? Yes! I used to be a scary drinker, not because I’m good at drinking but because I always drinks till I become like the Singapore’s popular Merlion if you know what I mean 😅 That was me more than 6 years ago so what is 1 pint of beer? Though there’s beer given too after the run at New Balance Run a few months back where after the run you can take your own sweet time to sip the beer but it’s different this time, this is my first time to drink a beer during a run. I was breathless from the run and there’s a super steep slope nearing the end of the loop, chiong the “mountain” then I have to gulp down a beer 😂 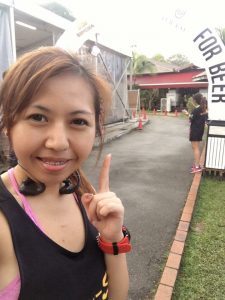 The draught beer is given to us in a plastic cup, some people “gei gei” spilled their beer by grabbing their cups so tight, half cup gone, or cheers with other runners, another half cup gone 😂 I thought it’s easy lah, just a pint of beer but it isn’t! Tried not to spill much of my beer but it’s not easy to, being breathless and drinkinf a pint of beer at maximum speed, spilling a little not that bad already. Trained by those days when you went drinking with friends and if you spill any single drop of beer, you’ll need to drink more 😅 The second loop though just 900metres is very torturous, the stomach is so full and it’s so gassy and I just want to burp 😂 At the end of the run, there’s another pint of beer but I would be drinking a little too at the pole school Xmas celebration afterwards and tomorrow there’s the Performance Series so better don’t drink it though I wanted to 😅 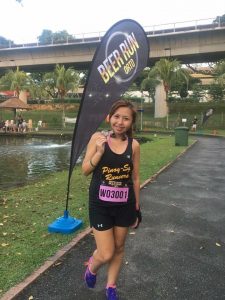 Though I wonder at first should I go since all my running friends didn’t sign up but since it’s a free slot and since it’s so near home so why not? Didn’t regret going as it’s really an experience and very well done! Maybe it will become a yearly event? 😁