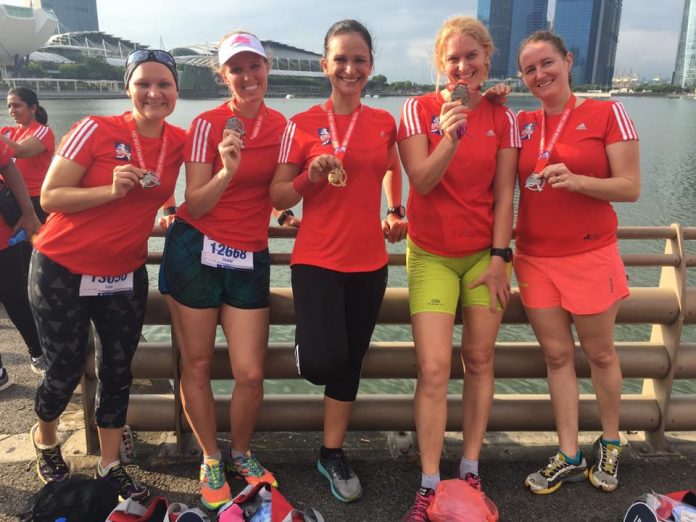 It’s getting increasingly difficult to keep up with my writing but I would be remiss not to record my first ever half marathon experience. So this comes a good three weeks after the event but in years to come I’ll be relieved I had captured the experience to some degree.

I took up running August 2014 and had a rollercoaster affair with the sport since, particularly throughout 2015 when I tore a ligament that took me out of some major events I was registered for and spent about 9 months recuperating from.

This is my third GEWR. Having my first 10km debut in 2014, then ran 5km post injury in 2015 (I wasn’t going to miss the 10th year anniversary event) and this year I’ve made a debut in the half marathon category. Certainly GEWR races will have a special spot in my heart.

It was a daring decision I made way back in August this year following a group organised mystery run I participated in and ran 22km. At the time I was only trained up to 10km and only in the early stages of my HM training program. It took forever to get to the end but I just focused on the big breakfast and cold beer. Whilst eternally slow with the end result, I was satisfied with my effort and figured I could try an official race to enter in the HM category.

Since I ran my first 10km at GEWR in 2014, it just seemed fitting to do the same with the HM. After the mystery run I went home and committed myself to it. It certainly helped with my training program now that I had an objective in mind.

Come race day and I was up at 4.15am to get ready and get to the event site. Thankfully I was only 15min away from the race location given that 4am is such an unappealing time of the day. It didn’t help that I couldn’t sleep the night before due to jitters so I was running on about 3.5 hours of rest. However, I was in good spirits and it seemed so were all the other HM ladies present.

Whilst I’d like to think that 5.30am is a sensible time to start a race, it’s difficult to consider that time of the morning as sensible but just the same we flagged-off right on time. Several thousand ladies in red tees took off to complete what is a momentous distance.

With a nice and easy attitude, I settled into my pace and started working at knocking off one kilometer at a time. The first 10km was going as expected since up to the GEWR race I had already participated in about seven 10km races, not to mention all the training sessions along the way. However, as I reached the 11th km I hit a brick wall mentally, perhaps for a couple of reasons. One, I was running towards the East Coast which is the opposite direction to where the finish line was. Really messes with your mind. Secondly, my legs were getting fatigued and stiff. I was running on 3.5 hours sleep and one banana on a section of the route that wasn’t particularly stimulating.

Luckily at the 12th km the hydration station was well stocked with cold water, electrolyte drink and bananas. I took the opportunity to eat, hydrate, rest and stretch. By the 15th km I was walking and I was breaking the race down by the location of the water stations. I used each water station as the milestone to run to, hydrate and then walk about 250m before I would start running again to the next station. Breaking down the race in small chunks made it easier to cope with. Instead of focusing on distance left, I would just focus on the next 1.5km to the next water station.

Things were well and truly looking up when it dawned on me that I reached the 18th and then the 19th and on the home stretch. There’s this realisation that no matter how slow or how painful it all is, the end is so near that if I had to slither my way to the finish line there was nothing that could stop me from reaching the end. As you can imagine this kind of positive thinking had a wonderful effect on me physically, spiritually and mentally. And when I saw the 20km marker, all I thought was “I got this”.

Aching, stiff but in excellent spirit I pushed that last kilometer and was met by my wonderful friends, who’d completed their 10km category, cheering as loud as possible. Needless to say I was grinning ear to ear and crossed that finish line.

This was a marvellous experience for my first HM and it’s a sign of changes for future races. Having a racing time baseline, I can now work on improving it and getting better at the next HM in March when I participate with my husband in the OSIM Sundown Marathon race.