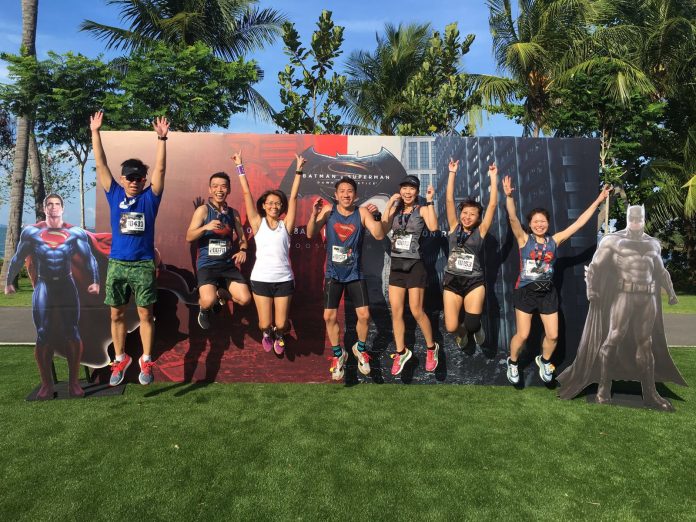 Who’s side are you on? Batman’s team or Superman’s team? “I am on nobody’s side because nobody is on my side”. Quote from my favourite movie Lord of the Rings 😊 Hoping that there will be a LOTR run! 😆 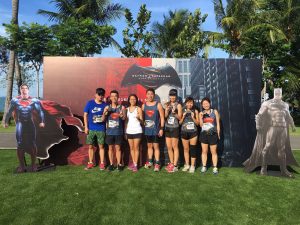 When I registered for this run I can’t decide to be on Batman’s team or Superman’s team because both for batman’s and superman’s running singlet look nice! For last year’s DC Justice League Run for no special reason I chose Batman’s team so I decided that I will register under Batman’s team too and buy additional Superman’s singlet 😆

Last week during the REPC I realised that the women’s running singlet size is too small! I took M and it is very tight fitting. Then I have doubt, is it too small or maybe is just that I’m fat? 😅 So I was told that there is no L or XL to change to so I tell myself it’s a ‘sign’ to tell me to train and work out for a better body 😂 I don’t want to say lose weight anymore because losing weight and gaining muscles or being tone is not the same. Now, to me being fit is the new skinny 💪🏻

A few days before the run, the race route is finalised and there is 2 different routes to choose from. It is nice that we can run whichever route we want. Both routes are not easy. The Batman route have to run on sand and Superman route have the torturous slopes 😂 But I rather run the torturous slopes actually so I took the Superman route. There was a point where the route merge back for both batman and superman routes runners and it is quite confusing for some of the runners. As I ran the superman route, the crew saw that I am in batman singlet guide me to run ahead when I need to u-turn back already. Luckily I am alert 😆

The run is flag off on time. The actual distance is only about 4.5km so I did not even noticed got any water point or not. Is of course have but I just didn’t notice because after the 1km point into the Superman’s route, I’m just focusing on the “killer slopes”. Everytime when the running event is at Sentosa, it will include these series of up slopes I think which last more than a kilometre. I walked again 😭 But fortunately got improvement that I run at some parts, I walked lesser than what I did for the Music Run which I think I walked the entire up slopes 😂 So I focus my attention on a pair of Father and Son running ahead of me. It’s too motivating and sweet. The Son is about 9 or 10 years old. If he can run up the slopes, so can I! So I followed them for quite a while to keep myself from walking. 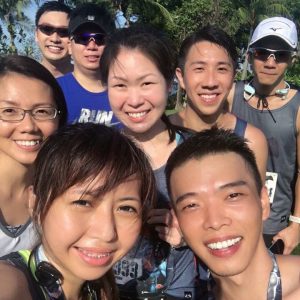 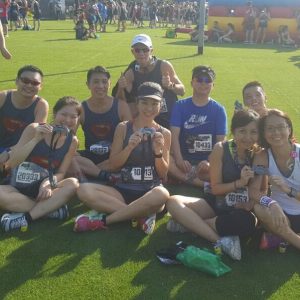 And the medal is super chio! Medal is actually one of the reasons many runners go for a run, for their pretty medal to add in their collection of blings 😊 I’ve already saw the medal of BVS run from Thailand months back when they posted in Instagram and it is similar except Thailand’s medal got colour on their medal one hor! Both their medal and ours are chio in their own ways 😊 They have running tees and we are running singlets. Their tees is nice and everyone can have abs but I prefer ours as ours are singlets though a little plain compared to theirs. 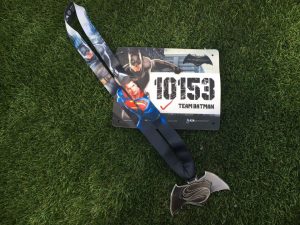 There is many game booths around but I didn’t go around to explore but I’ve read on Facebook that there is a booth to get our photos printed, and it is very nice! I like it very much! 😍 But can only print one piece with every Instagram account, very stingy right? But then I have doubt again. Maybe is not they stingy or is I too “gian peng”? Learning to reflect more 😊 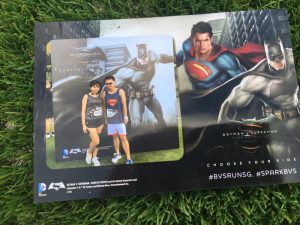 After the run, Sabrina and I decided to walked to Malaysia Food Street to have our brunch, although we are pretty sure that the Monorail is quite empty by the time we left the race village, we still want to enjoy Sentosa a little bit more! 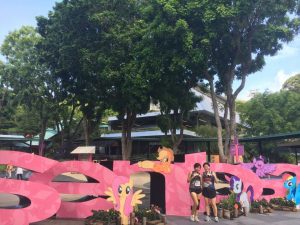 I remembered when I didn’t start to run yet, walking a few hundred metres could ‘kill’ me but now I love to walk! 😁 And we ate too much that Sabrina says that we ate as though we had ran a full marathon 😅 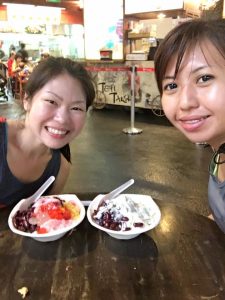 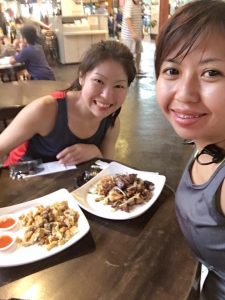 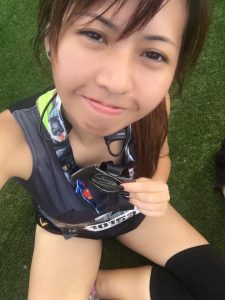 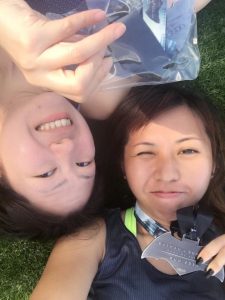 The first half of the year for 2016 is going to end soon. For 2016 till now I have gotten 10 medals from the running events which I think is quite a lot as at first I have limited myself to run no more than 15 race a year but seems impossible for a runaholic 😅 Imagine the amount of money spent on going to races 😱 Some very hard core runners must have run at least 20 to 30 race at least 😂 I can’t decide which is the chioest medal between the one I’ve gotten for One Piece Run or Batman Vs Superman run, I like them both so much! 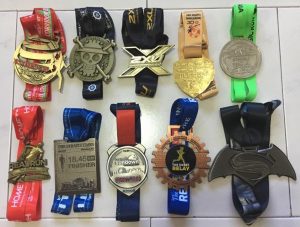