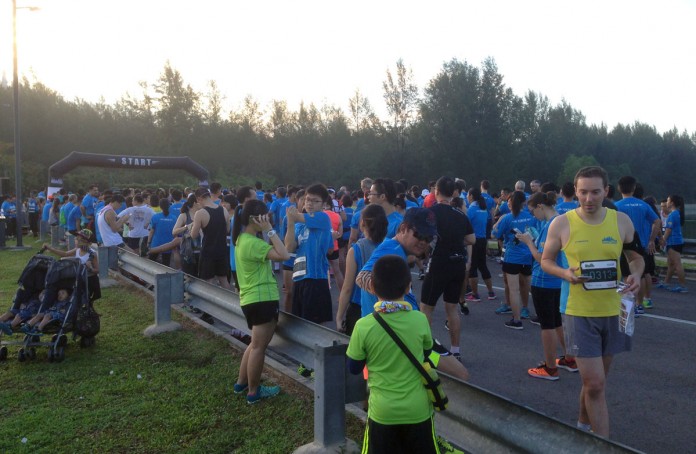 I am finally back in town and man, does it feel like forever since I last wrote here! I’ve been hearing so much about Coney Island in the last months since it opened, so signing up for this race was a no brainer for me (I am a big sucker when it comes to exploring new places through running).

I alway try to focus on the positive aspects of each event and take the best out of each experience, but some times it’s really hard to do so. Perhaps I’ve been away too long, perhaps I’ve gotten older and grumpier, but I can’t really look the other way when race organisers do nothing to cover our basic needs – such as hydration at the finish area for example.

But let’s take things from the start.

Race pack collection was fast and efficient. I really liked the t-shirt by Nathan and there were some cool items and vouchers. On the race day itself, the organiser had arranged for a free shuttle bus between Punggol MRT and the event area (Punggol Ranch) which I thought was a great idea. I ended up not using it since I was running late and had to take a cab, but still, kudos for that.

After depositing my bag at the ranch, I started walking to the start line. I was surprised to find out that it was 700m away. Nothing wrong with that, but a heads up beforehand would have been nice so we can plan our time.

I was supposed to flag-off with the second wave, 8:15am (first wave was 8:00am) so I stood at the side to take some photos. The MC urged people of later waves to wait until their their wave is called, because, I quote “there will be not enough hydration if everybody leaves at once”. That was a first warning sign to me. In any case, 90% of the people actually ignored him and went off at 8:00am regardless of which wave they had signed up for.

I found myself with another 30-40 people awkwardly waiting by the starting line (most of us just started running at our own discretion). Thinking back at it, it was quite fun since I don’t think I will ever see myself at the front line of a race 😀

The scenery was amazing! We entered Coney Island right after start line, and went on for the next 2.5 km. The trees provided with shade and overall it was a very comfortable start with no congestion or any other issues. There is nothing better for me than running through such pristine nature, so I can now see what all the fuss has been about. Coney Island is great! 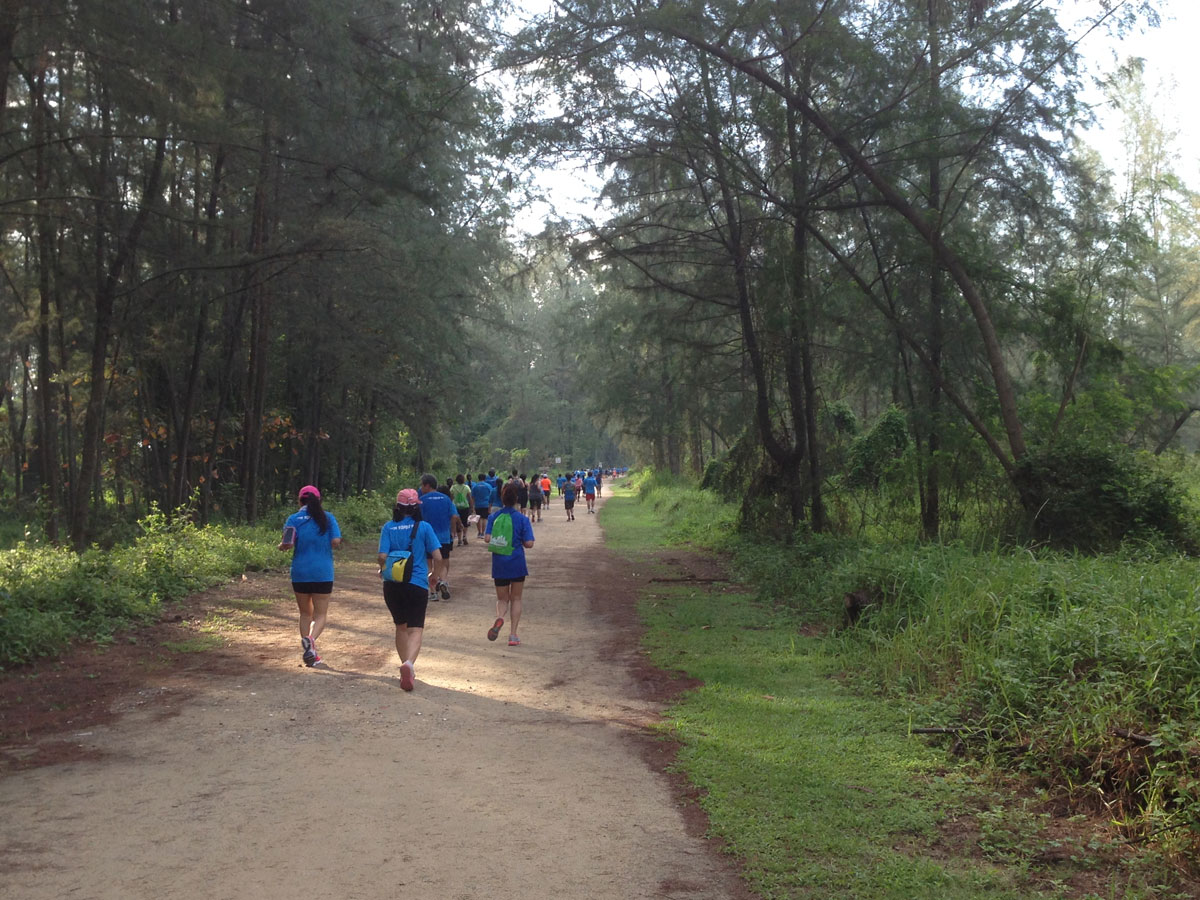 After exiting the island, the sun hit me quite hard, but I pushed through. Running to Lorong Halus Wetland and along Punggol Promenade offered equally nice scenery. I’ve never been to this area before and I really loved it – talk about good living conditions!

By this point we had run about 8 km and the sun was merciless. I was quite disappointed that the hydration points so far only offered (warm) isotonic drinks, but I was still hopeful to get some fresh water before I finish, which never happened.

The bridges, platforms and ramps added a nice variety to the route all the way to the finish line, where I was shocked to find out that there was no hydration at all; neither water nor isotonic drink. Instead, we were told to buy drinks at the nearby vendor area (!!!). I am not a particularly fast runner, but I think there were still more than 50% of runners coming behind me. I cannot imaging the poor people who had to run/walk under the sun even longer.

This mishap really left a bad taste in my mouth, and I when I think about the fact that we were given two bags during race pack collection (one hand held and one draw-string) I cannot help but wonder why the organiser decided to spend money that way and not getting us some water…

After I changed out of my wet clothes and spent some time at the race village, I boarded the shuttle back to Punggol MRT.

All things considered, I feel lucky to have seen this area, and I am really looking forward to running at Coney Island again in 2 weeks for TPS, and I do hope that all future events organisers set their priorities straight.

Disclaimer: JustRunLah! members can maintain personal blogs and post articles such as the present. All messages, articles, and any opinions, advice, statements or other information contained in these posts or transmitted via JustRunLah! channels are the responsibility of the respective authors and not of JustRunLah!, unless JustRunLah! is specifically identified as the author of the message. The fact that a particular message or article is posted on or transmitted using this web site does not mean that JustRunLah! has endorsed that message in any way or verified the accuracy, completeness or usefulness of it. For enquiries please click here to contact us.
Our database has
7186
listed events.
Get tickets