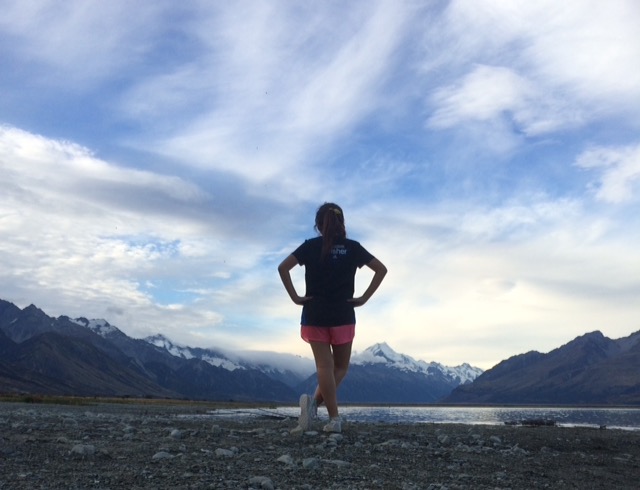 Just returned from a very fun and memorable trip to New Zealand! Went with my family on a free and easy trip and we rented a car to drive around. Undeniably, running is part of my life, I bring running everywhere 😁

New Zealand is 5 hours ahead of Singapore, its a 9 hours flight to Auckland and we need to transfer flight to Christchurch. It was a pleasant flight, the flight didn’t felt long at all and all my 9 hours I did not sleep and fully utilized the inflight entertainment system by watching movies, New Zealand airlines have a great selection of movies and dramas and I really dreaded to leave the plane as I was enjoying so much. Watched Big Hero 6, The Hobbits 2 and 3 and a few episodes of Big Bang Theories. When we reached New Zealand, its about 2 plus in the middle of the night but it’s only 9 plus at Singapore’s timing. I didn’t have any jet lag or feel any unwell, I have 4 hours to spare to transfer flight to Christchurch, what do a runner do while wait? Run of course! 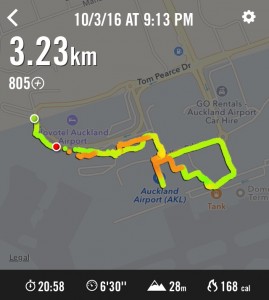 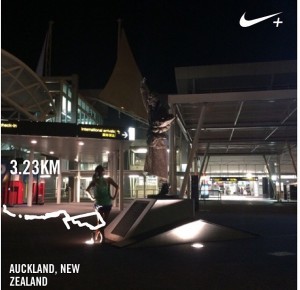 (p.s. add 5 hours to all my run time because of the time difference between Singapore and New Zealand.)

I love the temperature at that moment, it’s a little colder than normal air-con but I didn’t dare to run any longer because I don’t want to make myself smelly because I don’t know if there is any place for me to shower or have no idea when will my next shower be. And I’m lucky, because I didn’t shed a single sweat at all because of the cold climate. As long as I run, as long as heart rate increases, as long as there is body movement, I’ll consider that a run, an exercise. 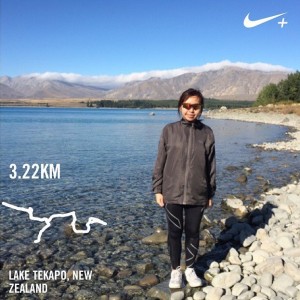 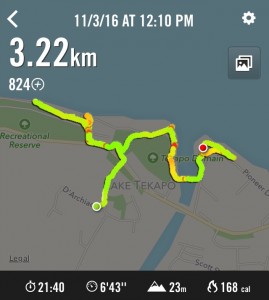 They say that spending time with nature makes a person kinder. I believe so and I gonna spend more time with nature. Admiring the beauty of nature, relieving stress, slower down your pace, and you feel peaceful. Makes me feel that life is beautiful and we need to do beautiful things so that Earth can remain beautiful. 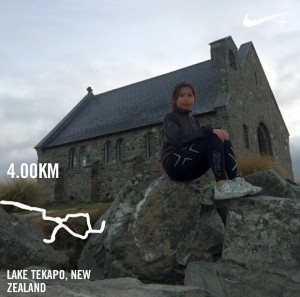 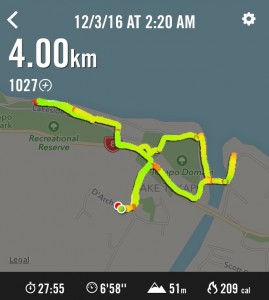 It was only 2 degrees that morning, it was so cold! My hands were both red and spicy from the cold. Still, I feel that running is of course a better way to keep yourself warm. What’s actually the best is running around the empty tourist attraction ^^ 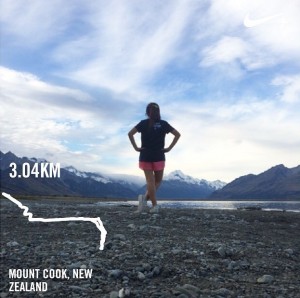 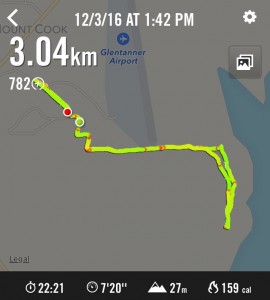 This is a very slow run because of the rocks at the lake side and on my way back I tripped and fell 😫 Luckily not fall until very jialat, luckily nobody saw 😂 But I didn’t regret going for the run, I enjoyed the scenery, it’s still a good run and its worth it 😊 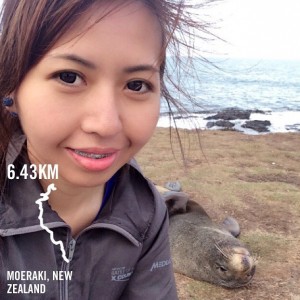 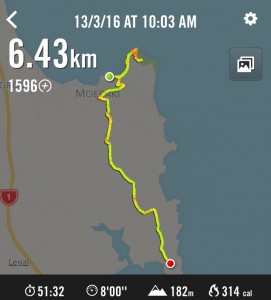 This is the best run ever, the slopes is torturous, I’m cursing at every upslopes and kena chased by farm dogs. But the awesome part is this route I saw many sheeps and cows on the way to the penguin reserve. Although it’s a penguin reserve, I only spotted 2 penguins but many seals, which I think is as good 😁 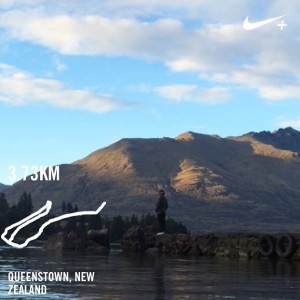 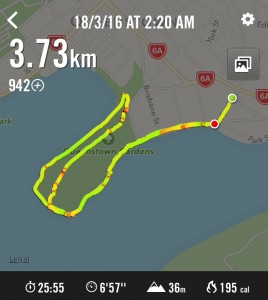 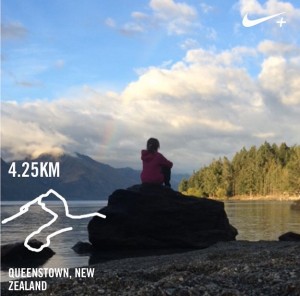 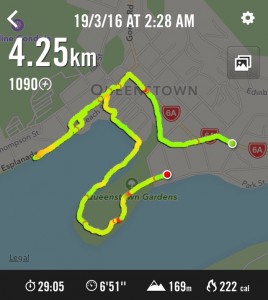 Had my last run in Queenstown. Had been a regular runner for about one and a half years already and this is the first time I sighted a rainbow!

And of course this New Zealand vacation is not entirely about running but also exploring, going on an adventure and having fun in New Zealand! 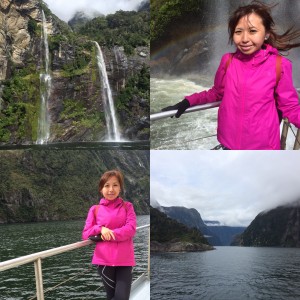 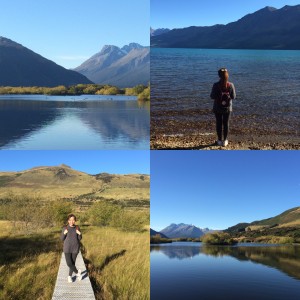 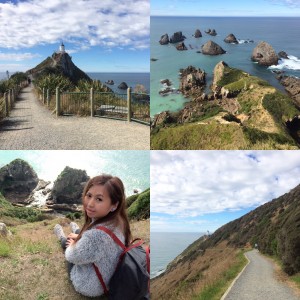 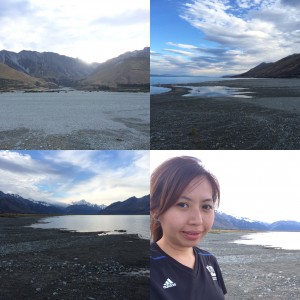 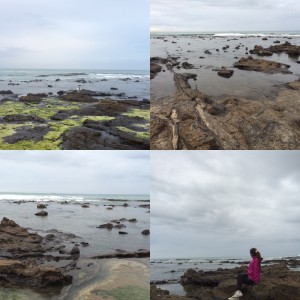 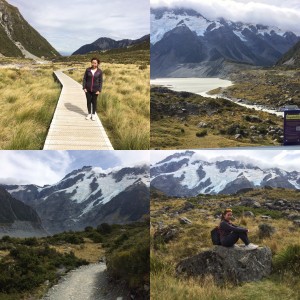 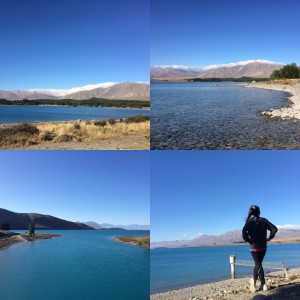 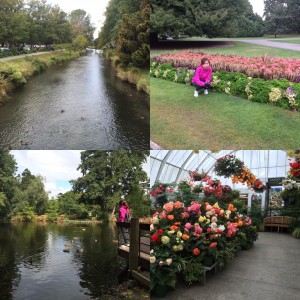 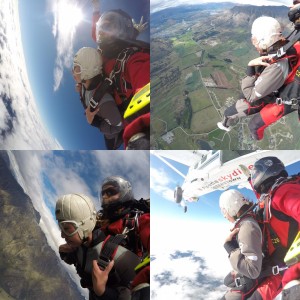 Woohoo! And I sky dived! One item on my bucket list cleared! Location of sky diving is important too, having the time of my life absorbing what my eyes can take in. And sky diving is definitely not a once in a lifetime thing! My only regret is in this trip is that I didn’t bungee jump, I will try that other time 😁 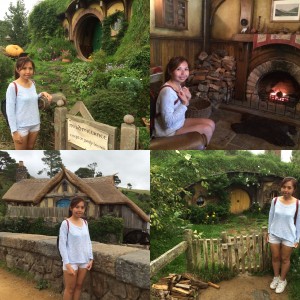 I’m a huge fan of LOTR! Although Hobbits not so much but of course is a must to include Hobbiton in the itenerary! When the movie was out years ago, I watched every movie in the cinema at least 3 times and even watched the LOTR movie marathon, sitting more than 12 hours in the cinema 😁 I named my neopets after the characters from LOTR 😂 My entire room was posters of Aragon and Legolas 😍

Already looking forward to my next runcation already, still have no idea where to go yet 😁