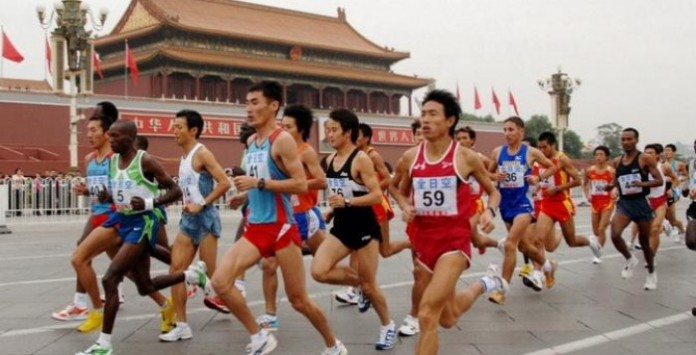 The Beijing International Marathon is an annual marathon race held in October in Beijing, China. The race was first held in 1981 and has been held every year since. The race begins at Tiananmen Square and finishes at the National Olympic Sports Centre stadium. In addition to the main marathon, there is a 10km run, amini-marathon and a half marathon.

Beijing best running route is in the Olympic Forest Park. For serious runner who wish to escape the buzz and fumes of the city, the Olympic Forest park which is Beijing’s largest park, is a welcome retreat. It’s perhaps the only place in Beijing with marked off paths for walkers, runners and cyclists with a concrete trail extending 3k, 5k, and 10k. Vehicles are banned from entering and it’s free to enter.

Our database has
7186
listed events.
Get tickets