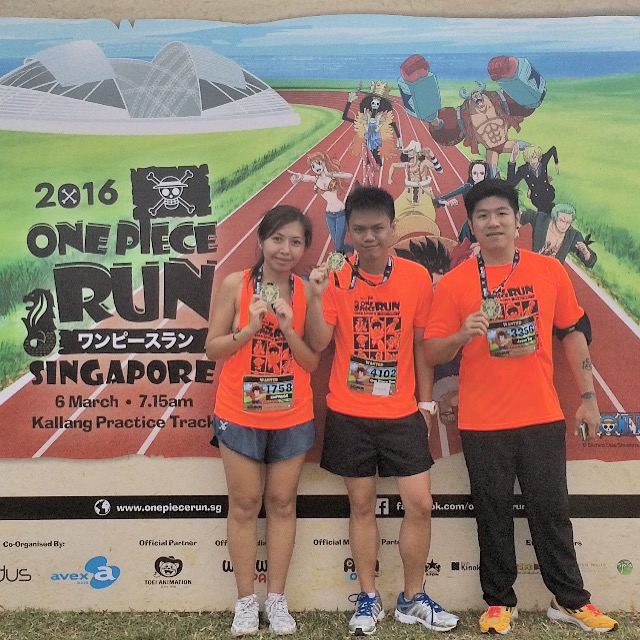 Race Fee: Shut up and take my money! Even though is super expensive for a 5km run, but it’s One Piece, $60 plus is worth it! Of course is a die die must go no need to consider! Had been a huge huge huge fan of One Piece since I was like 13 years old and I can say that One Piece is the greatest manga and anime ever! No joke! 😁

Race Tee: Why must Tshirt? 😭 Don’t like Tshirt 😭 One Piece run was held before in Taipei, race tee is similar just different in colour but I really don’t get it why must be T-shirt? To cover flabby arms? 😅 Can actually give us the option to choose singlet also and it actually helps the organiser cut cost also right? Can actually come up with more interesting design race singlet or give interesting accessories. Last year’s Justice League run good, they give batman’s mask or superman’s cape etc. 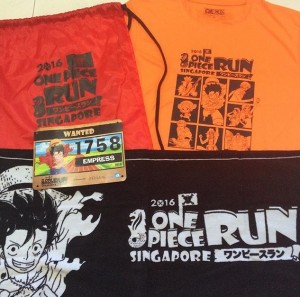 Race Pack Collection: Queue to collect the race pack is short and fast. Got sell some merchandise but never sell some cosplay clothings quite sad because I’m rather interested to cosplay as Luffy and go actually. I think got char bors will cosplay to go as Nami, wear bikini go run or like the super sexy Boa Hancock. Too bad my figure no good, I very considerate don’t want to make people eyes blind. 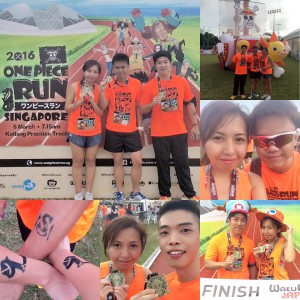 Race Tee: I really buay tahan the Tshirt, finally I decided to cut it last night and takes about 30 minutes. I figure that I won’t be wearing this shirt anymore after the run so I just cut. Quite satisfied as not too badly done lah. Some people wear their own shirts or singlets that they are comfortable with to run. But going to a event ma, so I’ll try to be part of it. See next time if the runs they give Tshirt I bear to cut or not.

Cosplay: Saw quite a few interesting cosplayer today, saw one Mr 2, I think very cute and got effort and quite nice.

Running route: The whole run is actually only 3.6km. Too short already, never sweat enough 😭 But really nice lah! Got many photo spots can take pictures, got mermaid some more but I never stop and take pictures, although this run no timing one but run finish first more important than taking pictures 😆

Finisher medal: I can say this is the chioest medal I have gotten so far! Although there is Green Corridor Run today as well but I never regretted signing up for One Piece run instead ^^ 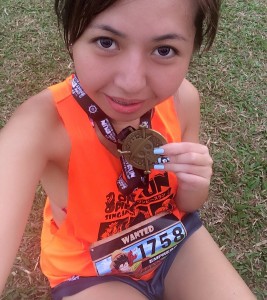 Race village: And this is the most enjoyable race village ever! Got games (I never play), got best cosplay competition(I never participate), got sell food (I never buy), got sell merchandise (I never buy too), got tattoo and got photo booth. Luckily I start and end quite early so when I go get my tatto and go photo booth still not much of queueing yet 😊 Hopefully there will be Naruto Run or even Lord Of the Rings Run coming up next 😆 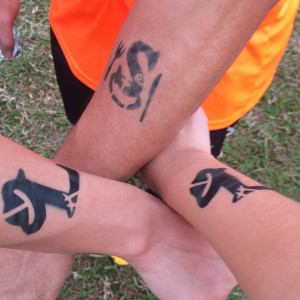 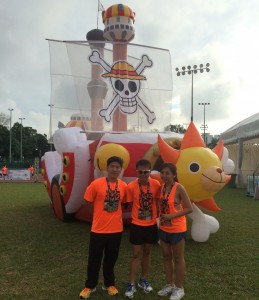 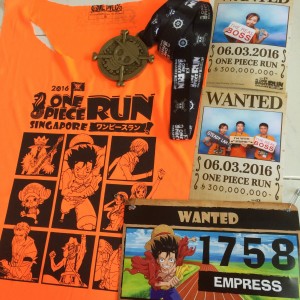 I’m a Hardcore Fan: I’ve been chasing One Piece, watching the anime, reading the manga again and again many times for about 15 years and I hope Luffy will never find one piece until at least the 1000th comic is published or before I die, because I really want to know the ending but don’t want it to end so fast.

Every character’s story is damn touching, especially Zoro’s, Nami’s, Usopp’s, Sanji’s, Chopper’s, Vivi’s, Brook’s, Mr 2 and Ace’s part (Wah actually more than that, lidat mention seems like the throughout the entire anime I’m crying because of the touchiness) I cried damn hard many times, even when Going Merry(their ship) can no longer sail anymore I also cried so much and sad for a super long period. Those who never watch or read One Piece before you’ve missed something really great and awesome! It’s funny, cute, touching, about love, friendship, kinship and more than just this.

Used to keep up to thousands of comics till about a little more than a year ago, I gave them away as I got a little crazy after I got out of a long term relationship and I turn my focus into tidying my room, giving and throwing things away and other than that, use the rest of my energy on running of course. Its a pity but the collection is really taking up a lot of space in my room and also collecting dust. I only kept 3 sets of my favourites, One Piece, Naruto and Hunter x Hunter. Slam dunk is also my favourite, but I didn’t kept it as the book all turn very yellowish already. Now I regretted, yellowish can still read what. Although now we can read manga online, but all these authors is really talented, must buy their comics to show support right! 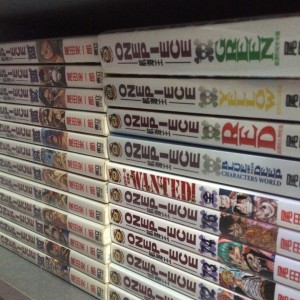