We love running in nature – the fresh breath of air, the scenic surroundings and the peacefulness. But the always rising demands of human activities have a record of taking a toll on Earth’s natural resources. This is what NTUC Income RUN 350, Organised by Young NTUC, is about – to raise awareness about climate change issues and what we can do about it.

We speak with Jia Da, one of the staff at Young NTUC, to learn more about the 350 movement and RUN 350. He also shares with us how our daily choices can make an impact on Earth, and what we can do to protect Earth. 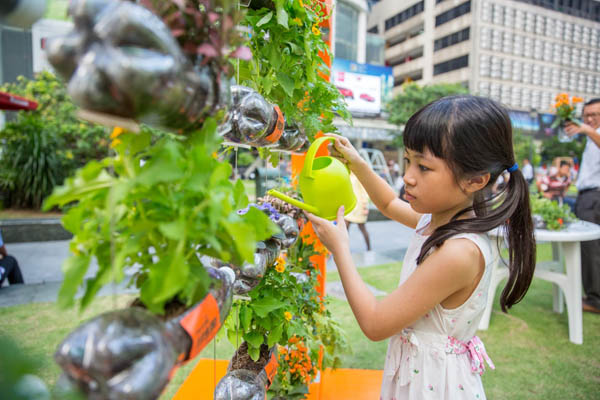 JustRunLah!: Can you introduce yourself to Singapore running community?

RUN 350 has a very clear mission – to increase the awareness about climate change issues and how people can do something about it. This is done through partnering the local green partners to co-engage the participants.

There’s a need to lower the amount of carbon dioxide in the atmosphere to 350 parts per million (ppm), which scientists say is the safe upper limit for a liveable planet. That’s what the 350 means, not 360, not 365.

CO2 levels shot past the 350 ppm line since 1988. Today, the level of CO2 is over 400 ppm. The last time such high levels were recorded, humans didn’t even exist yet. 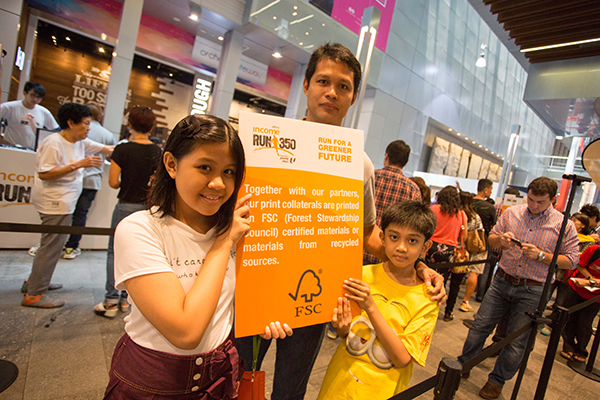 JustRunLah!: One advice for the aspiring youths in Singapore?

JD: These are not advice per se, but some thoughts gathered over the years working with youth activists from all walks of life, indulging in their various passion but working towards a better self, a better Singapore and a better world:

Do something that you love and continue to learn new skills to remain competitive, employable and future proof.

Do something that’s from the heart, for the society and make it a better place for all in time to come.

Do something for the world and the environment so that there is a future to speak of.
To quote a saying from a wise man, “be the change you wish to see in the world.” 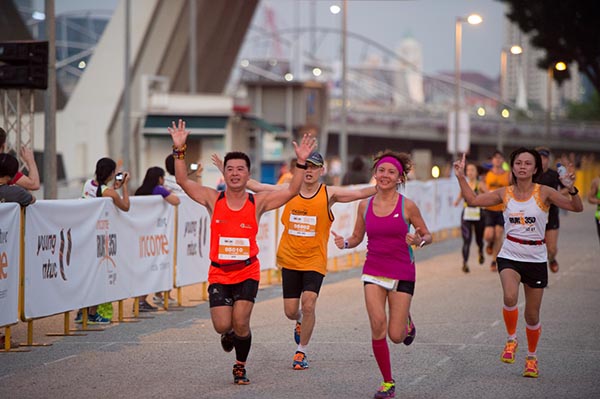 JD: Join thousands of other runners running towards a greener future. Be part of the movement and spread the word. Because the world needs to know.

JD: 350 is about the level of carbon dioxide in the atmosphere that is measured in parts per million (ppm), which scientists say is the safe upper limit for a liveable planet. That’s what the 350 in RUN 350 means. Not 360, not 365.

CO2 level shot past the 350 ppm line since 1988. Today, the level of CO2 is over 400 ppm. The last time such high levels were recorded, humans didn’t even exist yet.

Hence RUN 350 is about increasing the awareness about the pertinent climate change issues and how people can be part of the solution.

JustRunLah!: What are 3 simple examples we should practise?

JD: I’m not the expert here. But I think we can start by being more conscious of our actions. I can very well quote 3 things like “switching off the lights if no one else is around, bring your own recyclable bag when you’re out shopping and support local produce over imported ones”. However, the most powerful action that can change the world is to stop and think before we consume anything.

To stop and think how much energy is wasted if the lights are left on, and what is required to produce that energy we are wasting.

To stop and think whether you need that plastic bag, and is it going to waste.

To stop and think about supporting local food growers and the environmental impact for how imported goods are flown in.

JD: …thousands of other runners running towards a greener future at NTUC Income RUN 350, Organised by Young NTUC. Be part of the 350 movement, because the world needs to know.