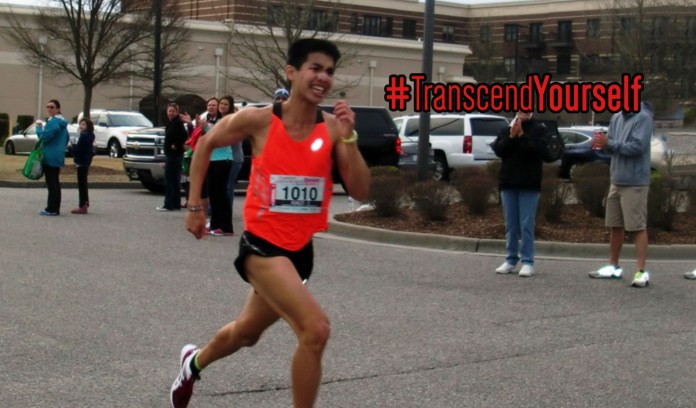 Ashley Liew’s sportsmanship was the talking point in 2015, when he waited for his rivals who had taken a wrong route during the SEA Games 2015 Marathon. His tremendous spirit for sportsmanship was applauded among the running community and athletes alike. Not only that, he used to be overweight, but is now one of the fastest runners in Singapore. Let Ashley share with us his story and inspire you to Transcend Yourself:

One thing we do not know about Ashley Liew?

My first school sports team was canoeing and dragonboat in Junior College. Those two tough years pushed my physical boundaries, but more importantly shaped my mental tenacity. Interestingly, I enjoyed the running aspect of the team warm-up. Together with some teammates, we ran our debut full marathons in 2004 as a challenge. In retrospect, we should have prepared a lot more for it!

It is a blessing to have transcended from 4h29m34s and 80kg runner trying to lose weight, to 2h32m12s and 56kg marathoner representing Singapore. There is nothing ordinary about the “everyday” athlete running for his or her own reasons, especially since I was one of them.

One friend with the greatest transcend in person through running.

Mr Rameshon Murugiah has been my coach and friend since 2008. Over the years he has inspired me to transcend the pain and challenges, just as he did on route to his 2h24m22s national marathon record in 1995.

The Performance Series (TPS) – Singapore, is a series of five races that brings runners through unique iconic landscapes of Singapore. The venues have been chosen so to comprise of oasis/island, lake, heartland, reservoir and farm settings.

Through the series, individuals, families and communities will have an opportunity to advance, excel and experience the joy of living better through running. With this series we aim to create a national movement for running and healthy lifestyle. Will you be part of it?

Join Ashley and Transcend Yourself at the Performance Series!
Enjoy $5 discount by using promo Code: 5OFFASHLEY during registration!