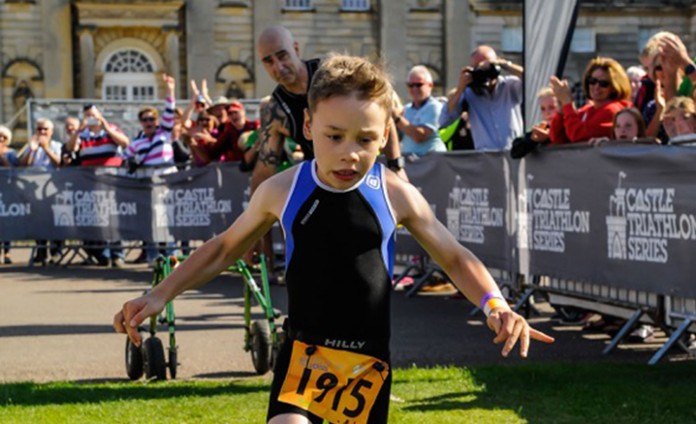 Bailey Matthews is a British schoolboy, from Doncaster, who has won awards for his sporting achievements in the face of his cerebral palsy. Despite his physical disability, and having difficulties completing daily tasks, Bailey Matthews is a young boy with incredible spirit and is currently aiming to finish 5 triathlons.

His sporting achievements include completing his first junior triathlon (a 100 m swim, then a 4 km bike ride, ending with a 1.3 km run), at Castle Howard in July 2015. He was roared over the finishing line by crowds close to tears as he cast aside his specially-adapted walking frame, to finish the last 20 metres of the race unaided, despite stumbling twice. A video of the incident, captured by a spectator, went viral, being viewed more than 27 million times. on Facebook.

In September 2015, Matthews received a Pride of Britain award, and in December the same year, he was presented with the BBC Sports Personality of the Year Helen Rollason Award at a ceremony in Belfast.

Watch as he receive his award at BBC Sports Personality of the Year and clips from his triathlon video that went viral: