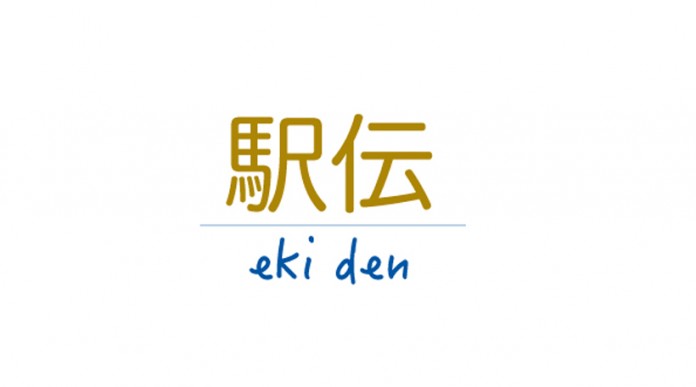 It’s relay season in Singapore and after the appetizer served up by The Great Relay, this weekend was the main course, the Mizuno Ekiden Singapore.

Ekiden is how Road Relays are run in Japan. They are massive spectator events. The New Year Hakone Ekiden is the largest sporting event on Japanese Television, the streets are lined with spectators for every stage – and the fastest times in Japanese Road Racing are usually set at an Ekiden.

We’ve had a few Ekiden side shows at recent marathons in Singapore, but this was the first stand alone, dedicated Ekiden event. Main sponsor Mizuno is steeped in Ekiden credibility and the organisers did a great job in giving this event a uniquely Japanese feel.

So the Mount Sinai Striders selection committee went through the usual extensive selection process (ben – you in? Al – you in? jezza – you in? john – you in?) and the initial team was set. Entry was placed, plans were formed.

But then, as is becoming a feature of Striders team management at these events, the injuries came. Jezza is still sidelined with the stress fracture that caused him to miss The Great Relay, then Al injured himself AT The Great Relay. Two new Striders were required ASAP.

Stepping up again for his second Striders appearance was Ultra King Pav – fresh (!) from his 100km UltraTrail Lavaredo in the Dolomites a few weeks early – he’ll give it his all, but he’s not sure how quick he will be with a battered body.

Filling the final slot is new Strider Conor. A strava regular, Conor is a lifelong runner with some seriously quick times in his past, but a relative newbie to Singapore racing – so he’s not sure how he’ll cope with only his second 10km race in the city state.

Since I’m making all the excuses, I should add that Ben has mild tendonitis of the knee after his Macritchie Trail Marathon 6th place finish a few weeks ago – and I spent the whole of last week in the UK, arriving back in Singapore the night before the Ekiden, so I’m jetlagged and out of sync with the climate.

We have four committed runners and four great sets of excuses for any dodgy performance. Sorted!

The team assembles at 0630 at the meadow. Initial impression is that this is a super location for the race village and it’s been well laid out with loads of stalls, some nice seating and a very organised ekiden change over pen system. All good there.

We reshuffle the order slightly, as Pav’s taxi drops him off at Satay by the Bay, so he only arrives after Conor has gone off to the starting pen. These two have never met before, which would make a relay changeover a bit tricky, so Ben takes Runner 2, Pav goes 3 and I am given the honour of bringing us home as runner 4.

0710 comes and Conor’s off, we’re able to track his progress on the very sophisticated real time tracking system, either in the tent or on our phones. This is another real differentiator for the Ekiden, awesome detail and timing information, on all runners, real time.

Conor’s soon back in 46 mins and Ben heads out. Ben should be our quickest runner today, and his first few splits confirm that he’s running well. He comes back in 43 mins, so we are in good shape for the sub 3 at the half way point.

Pav’s out now and it’s warming up (both the race and the temperature!) I’m starting to process the fact that I’ve spent all week in cool london air and now i’m straight back into racing in the peak heat of the day. Alamak!

I enter the 4th runner pen in good time, where I meet Chee and Alan from F1, Jacek from MR25, Dominic and Dennis from Singapore Shufflers and a few others. These guys are in the teams that will later make up the top ten finishers, so I know I am in good company.

Soon enough Pav comes round the corner and I’m off. The route takes me into Marina Bay initially, over the bay to the floating platform, up to esplanade and over the new foobridge to the Merlion. It’s a lovely tourist route, but really I think it’s far too busy for a race like this. I’m ok until we hit the Merlion, where I have to barge my way through the tourists, without much useful assistance from the poor marshall who is struggling to make a pathway. I guess it was ok here for the 1st runner at 0730, but for the runners after around 0930, it wasn’t good at all.

Heading on round the bay the human traffic eases and I’m round the front of MBS and heading back down the bay in decent shape, although it’s very warm. At this point the shade vanishes and I’m slogging up to Satay by the Bay in full sun. I start to feel a little rough around the 5km point, then once I’ve crossed the Barage I get that ‘new runner in Singapore’ feeling where my head is ready to explode, it’s hot, sunny and there’s no wind here – I’ll have to slow slightly to avoid a complete blow up.

Luckily this is only 10k, and I’m 6k in, so I can just get my head down and grind it through. The rest of the race passes uncomfortably and soon enough I am in the finishing straight.

I’ve dropped a few minutes on target pace though, and my heart misses a beat when I turn the corner to see the finish line clock ticking past 3 : 11 . I know the clock would have started at 0700 when the 21.1k runners set off, which means it’s 3 : 01 for the full marathon. Fuck. 3 hours and 1 minute. Nightmare – and all my fault.

So we’ve done it. A sub 3 Ekiden marathon, our main goal for the day. This feels fantastic and I’ve now long forgotten the heat issues from a few minutes earlier. We take a quick team photo and head over to the Kirin stand for a well deserved beer and the traditional race debrief.

In the final analysis we came 10th (which I think will end up as 9th, because Chee, 4th runner in the F1 Runners Team 2 took a wrong turn and skipped 500m accidentally, so they should have been behind us).

Conor and I feel pretty good about finishing Top 10 with two over 45’s in our team, we reckon none of the teams ahead has 50% old buggers, so that’s a moral victory for us veterans.

Pav ran the fastest striders leg of the day, edging out Ben by just a few seconds. It’s a great result all round and we’re all feeling great, sitting on the grass (a lovely lawn – possibly the nicest grass I have ever sat on in Singapore) enjoying the cold beer in the mid morning sun. Cracking.

Talking to friends at the event, everyone agreed it was a success. The format allows runners to socialize during the race in a way which is unusual for us – and we like it a lot.

I haven’t heard any grumbles from anyone I know, so really the only issue was the routing of the course around the merlion, which maybe is only a problem for the more competitive teams trying to max their times. I guess the counter point would be it was a great Singapore highlights route – so my alternative (racing optimised) route of heading straight over the barage and taking the new PCN out and back to ECP probably wouldn’t have been so appealing for many runners.

Another sociable day for me, catching up with the F1 Gang, the Shufflers, Chad from VGO, Purpledelic, Tony and Vivian and lots of other folk I know through races and social media.

Now I can let the jetlag catch up and laze around the house all day. I’ve always had ‘sub 3 marathon’ on a loose list of goals/aspirations, so even though this is a team result, I can sit and enjoy the moment!

In two weeks time the Striders will take on the ASICS City Relay, the last of the 2015 relay event and another Ekiden. ‘love it!