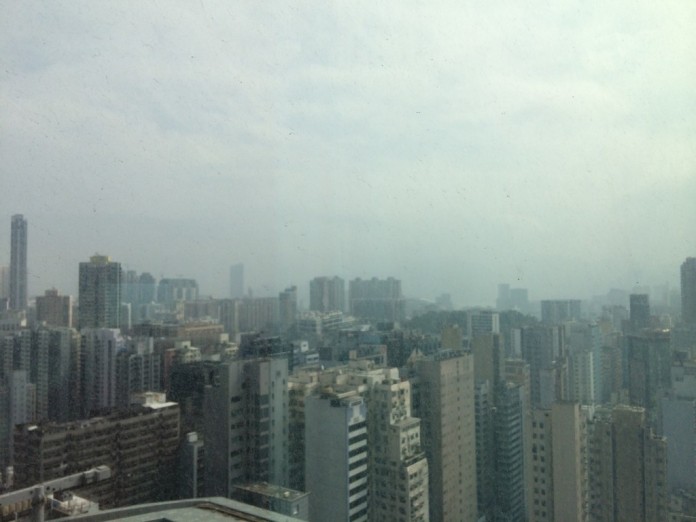 The Sold Out Run

The Standard Chartered Hong Kong Marathon or what is starting to be classified as the ‘Sold Out Race’ took place on 25th January 2015. Slots for this run literally ran out on the days registration opened; on the morning of registration, I found myself in a 5 figure queue and was sure glad when I completed by registration.

Took a flight in on Saturday morning and proceeded to collect my race pack after checking into the hotel and a quick lunch. There was a short queue, comprising of overseas runners at the race pack collection at Victoria Park which is also the end point of the race. Collection was quickly done and I was ready to go in less than 10 mins.

Race pack is basically quite simple – a tee,running bib,souvenir, baggage deposit bag, baggage deposit tag,batteries and handbook with other information. The handbook is even divided into the different race categories! The souvenir is basically a medallion and usually carries the animal of the Chinese horoscope of the next Chinese New Year, ie the goat(or sheep).

Other than full marathon runners, the medallion is your only token if you are doing the half marathon or 10km. As always there will be a debate as to why run if there is no medal or even that the medallion is already given out. My take is always that if you need a medal to get you to run, you are probably better off not running :p

Took the MTR down to Tsim Sha Tsui where the start point was at Nathan Road. Based on last year’s experience, I proceeded to Kowloon Park Drive for baggage deposit. Runners are all given a truck number to look for and deposit their bags with the respective trucks. The impressive thing about this arrangement is not just in terms of the tags given but the fact that the trucks are not parked there a few hours beforehand but rather arriving only just before the start of the baggage deposit.

From a logistical point of view, this ‘Just-In-Time’ concept is not easy to plan for. That said, the organizers could not have pull it off without the help of the volunteers who all seem very familiar with the drill.

Was allowed into the waiting area at about 0815hrs and waited(what else to do in the waiting area) for the start. As always, there are runners who like to squeeze their way to the front. I find this very rude as if you can’t be bothered to be come early, what gives you the right to squeeze your way through to the front. Besides, this is the half marathon run 2 and everyone should be taking it easy right? I soon found out I was wrong about it as when the race flagged off, there were no ‘slow joggers’ – well at least not around me. Even I who usually start off slow found myself kicking up my pace one notch. Not only that, there was almost nobody slowing down to walk/jog pace in the first 2 kilometers! Eventually at the 3km mark, I slowed down for my walk break which I normally do at 2km.

Last year, on the eve of the run, I bought myself a thermal compression top for the run. Even though I knew I was breaking the ‘no new gear on race day’ rule, I reckon that abrasion was better than being frozen – I actually encountered single digit temperature at one point in the run. Naturally I reminded myself to do the same this year. But somehow it was warmer this year and I found myself heating up. Hence at the 5km mark, I made the decision to take off my compression top and replace it with a tee. When I got out of the port-a-loo, I felt like superman(dashing out of the phone booth) – I was able to go at a rather fast(by my standard) pace. At 7km, I noted that I was still doing close to 7min/km which really surprised me. I cleared 10km at about 1hr 12mins, within the 90mins cut-off time. Here I must highlight that they are quite strict about the cutoff times as I have seen runners boarding the transport after failing to meet the cut-off. And no – there were no promises of finisher tee or medals to get them up the bus.

At about 12km, just before the Western Harbor Tunnel, runners were offered cherry tomatoes. I am not one to grab ‘food/fruits’ during runs but somehow that day I did. Either due to the psychological effect or the Gu gel kicking in or really due to the tomatoes – I found myself energised and push myself thru to the middle of the tunnel, where slowed down to make the climb up(the initial part of the tunnel was a slope down to the lowest point in the whole course). By the time I got out of the tunnel, it was already the 15km mark – just 6km to go! A look at my watch told me that I could probably make 2:30(which I have not done in about 4yrs), hence I was determined not to slow down.

After clearing the Connaught Road West Flyover, it was basically ground level all the way. Near the end was a change to the route with the runners running through Henessy Road which saw more spectators out to cheer the runners, which was really a nice feeling. As with most runners, we were spurred on and I eventually crossed the line at just before 2:31. I was rewarded with a simple goodie bag containing a banana,fruit bar,snickers bar, isotonic drink, mineral water and a towel. Simple but it basically fulfills the needs of someone who has just finish a race. After collecting my bag and a quick change I proceeded to Tin Hau station to catch a train back to my hotel.

Overall this run is a well-organized run with not too tough a route and cooling(at times cold) weather which has helped me quite a fair bit. It is probably one of the reasons why the race continues to sell out year after year. The race also seems to be something which Hong Kongers are proud of; from the numerous volunteers involved, to the people who are out to cheer on the runners to the Yellow Umbrella Movement who deem this race as an opportunity to highlight their cause, it really shows that this is an event which is close to their heart. If not for this reason, do join for the cherry tomatoes!

As always, estimated cost as follows:

The above costs is based on a one night stay which is on a slightly high side as Hong Kong hotel rates are quite high.

In case anyone is wondering, I do not work in Standard Chartered nor am I related to any who does. I guess it just happens that the Standard Chartered Marathon series stands out among other runs. Or perhaps it is my OCD at work again.  So no prizes for guessing what is my next race review coming in about 2 week’s time.