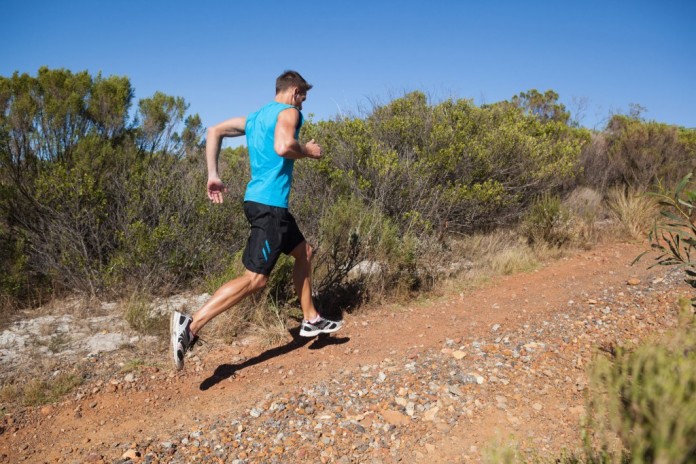 Hilly routes are probably the least favourite choice among runners because of the extra amount of pressure and energy needed to propel your legs and body against the unrelenting gravitational force in conquering the upward slopes.

While the idea of racing up and down slopes might sound like a daunting idea, the benefits and effects it brings are plenty:

It seems obvious enough that running uphill burns more calories than running the same distance on a flat surface, and the steeper the incline, the higher the burn rate. Interestingly however, research has also proven that run down steep enough a hill (specifically, from a decline of 17% or more) also increases the per mile energy expenditure.

With practise comes improvement, and slopes that seem impossible at first and prove to be attainable after several attempts are a great boost to the morale to go faster, further and higher. Hills training also show runners that speed is not always everything because there are multiple aspects to complete a hilly training run and sometimes it takes that extra willpower to push your body to achieving something you never thought you would be capable of.

Strength gained indirectly acts as an injury buffer. With more developed calf and quad muscles, you are less prone to overexerting your legs, a cause of muscle microtears or strain. Researchers have found that muscle soreness after a downhill run was reduced, suggesting that a different usage of the same muscle group can actually produce a protective effect.

Specifically, your calf muscles employ more muscle fibres to contract more quickly, at a higher rate. Over time, this springing action develops the quadriceps, to produce the high knee lifts while going uphill. So the next time you find yourself running on flat ground, your running efficiency has improved, translating to a greater speed for the same amount of effort.

How to Safely Run Hills

Running yourself into an injury is the fastest way to ensure you’ve found an excuse to never tackle the hills during training. Maintaining proper form is therefore paramount. Run any old how and you’ll risk aggravating the Archilles tendon going uphill, and sciatica or black toenails while coming back down.

Learn to pay particular attention to your body. Shorten your stride length and increase the number of steps you take. Always lean forward; into the hill when you’re running uphill, and yes, forward too when you go downhill. Counter-intuitive though it may be, leaning back actually emphasizes the braking motion, and the impact from each step creates eccentric stress that increases the likelihood of injuries in your muscles, knees and joints. Always remember: keep your nose before your toes.

Always commence any form of training with a proper transition phase to introduce the type of training to your routine. Hills running is a stressful workout, and a lack of gradual increments of training intensity and frequency will definitely result in unwanted injuries and setbacks.

The following are three different ways to add some hills into your run this week. Remember to perform a thorough warm-up before you commence your session.

1) Steep Hill Sprints: Find a steep incline of about 50m, and sprint at maximal effort. Recover for 2 to 3 minutes with either complete rest, or walking. Start with 2 to 4 repetitions on your first session, adding one repetition a week until you reach 8 repetitions. While this exercise is great for conditioning the heart, lungs and muscles, it is also incredibly stressful, and we do not encourage anyone with a heart condition from attempting this without medical clearance and supervision.

2) Endurance Hill Intervals: Find a hill of about 100~200m in length, and run uphill. Your goal is to maintain a constant speed, especially as you begin to fatigue towards the end. Recover by walking or slowly jogging downhill. Start with 4 repetitions on your first session, adding one per week until you reach 8. This exercise increases muscle strength and Vo2 Max (your ability to sustain an aerobic effort over time).

3) Long Run with Hills: There is no need to set aside a specific workout purely for running on inclines – simply build some hills into a pre-existing workout, preferably your longest run of the week. Whether or not you have an upcoming race that features some hills, adding hills onto your long run teaches you how to properly pace yourself by switching gears, so you don’t make the race-day mistake of running uphill too hard and crossing over to the anaerobic zone.

So what are you waiting for? Time to conquer the hills near your area and maximise your running potential!