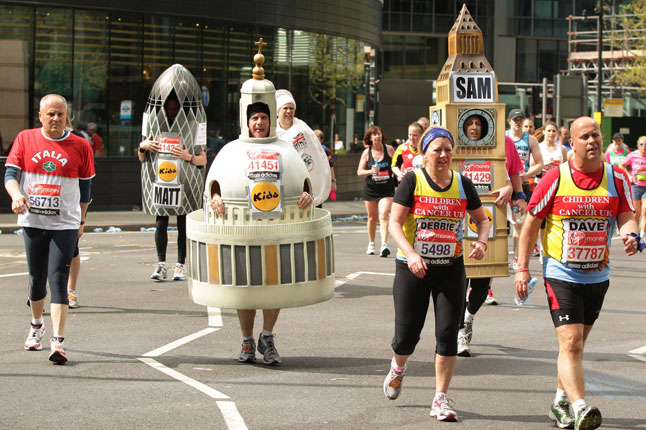 Creative marathon runners around the world

Looking for costume ideas for your next race? We have put together a collection of some of the most creative costumes seen in races and marathons all over the world. No chickening-out for this one. The bird is the word. Rubik’s cube – a very creative one. Save the rhino. An amazingly detailed costume. Still looking for those droids… Must be hot in there… Sharks came out to play. Another nominee for the special effects award! This duo of runners decided to go in a camel costume. As if running a full marathon wasn’t bananas enough! We finally found him. A costume-only race in the U.S.A., and what’s more, this half-marathon has the world’s biggest finisher medal!

The design of the medal is a Classic 45 Record, with silhouettes of dancing party people and a real disco ball in the center. Leave a Reply to The ReAwakened Runner [Jas007] Cancel reply