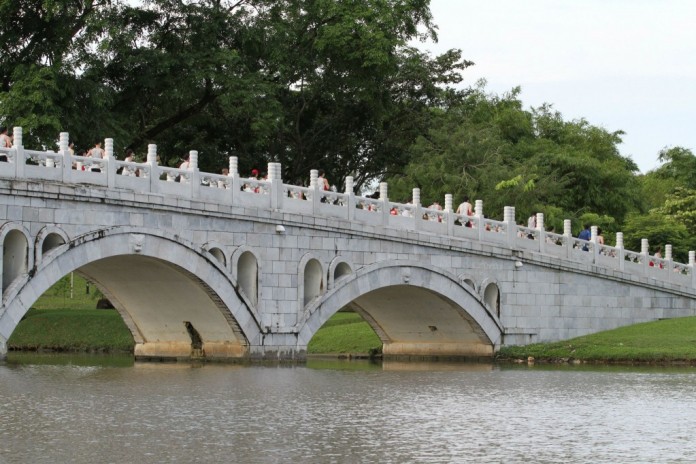 As the first and largest running event in the west of Singapore, Jurong Lake Run aims to promote healthy living and bring together people from all walks of life. Organised in the middle of each year at Jurong Lake Park, Chinese Garden and Japanese Garden, Jurong Lake Run infuses the typically serene landscape with fun and excitement.

But of course, Jurong Lake Run isn’t complete without Jurong Lake Expo and Jurong Lake Carnival. Sports enthusiasts can pamper themselves with great promotions on sporting products, services and events at the Expo. At the Carnival, one can expect games and entertainment for all ages. Identity: Running as One

Theme: Run For a Cause

In 2012, a Carnival at Jurong Lake Run was introduced, Carnival@JLR2012 where participants could immerse themselves in the booths, workshops and fringe activities that were specially lined up for them. Identity: Running as One

Theme: More Than Just a Run

In 2013, a 850m Kids Dash was added to make it more inclusive for everyone by encouraging the young ones to also embrace a healthy and active lifestyle.

On top of that, participants could look forward to the extravaganza after the run at Chinese Garden to bask in the carnival atmosphere. Carnival@JLR2013 focused on health, fitness and wellness, promising an enjoyable time for all in the family!

The combination of 5 stylised runners in a forward pointing arrow formation relfects our vision as well as the 5 core values.

Red, Black and White are chosen as the primary colour scheme:

Red symbolises brotherhood and the passion of the community to help others.

Black symbolises the unlimited potential of the Jurong Lake Run community to change our society for the better.

White symbolises the opportunity for new beginnings, whether be it a healthier lifestyle, or being more engaged in the community.

Jurong Lake Run 2014 is back on June 21st. Don’t wait any longer and register now for this unique event!