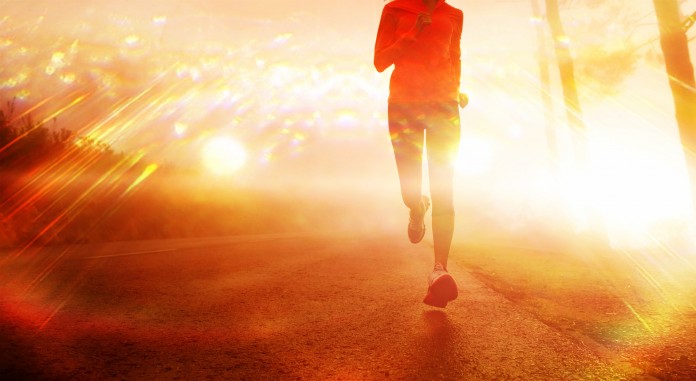 The “runner’s high” is a state of euphoria that can be experienced by someone engaged in a vigorous workout. It is known that when the body is pushed to its limits, it produces endorphins, in order to compensate for the pain. Endorphins, the natural opiates of the brain, are capable of inducing a euphoric feeling when they are present in the brain. Apart from endorphins, other neurotransmitters are believed to contribute to a runner’s high include epinephrine, serotonin, and dopamine.

The high itself is variously described as a feeling of well-being, almost like floating or and out of body experience. It is typically related to longer periods of vigorous exercise rather than shorter, easier workouts, possibly due to the stress the body undergoes as the major muscle groups begin to run short on glucose. The exact time into exercise that kicks in varies between individuals.

Yiannis Kouros, a legend in the world of ultra-running wrote:

“Some may ask why I am running such long distances. There are reasons. During the ultras I come to a point where my body is almost dead. My mind has to take leadership. When it is very hard there is a war going on between the body and the mind. If my body wins, I will have to give up; if my mind wins, I will continue. At that time I feel that I stay outside of my body. It is as if I see my body in front of me; my mind commands and my body follows. This is a very special feeling, which I like very much. . . It is a very beautiful feeling and the only time I experience my personality separate from my body, as two different things.”

The mechanisms underlying the runner’s high have been debated for years, until in 2008 a german study of long distance runners showed that not only did periods of robust exercise produce endorphins, but that the degree of euphoria reported by the runners correlated strongly with the endorphin levels in their brains.

The runner’s high is an extreme intense feeling, and like all such, can be habit forming. Exercise addiction is a rare but real condition thought to be caused by an addiction to the endorphins produced by the runner’s high. It’s typically characterized by an OCD-like compulsion to exercise to the exclusion of all other activities.

Have you ever experienced it?