Login
Register
Find races
Discounts
One of the most challenging marathons in Europe.

Barcelona, the capital of Catalonia, is also a city of culture, knowledge, creativity, innovation and sport. The city has a long sports tradition, thanks to the large number of clubs and associations that can be found in its various neighbourhoods. Barcelona also has an extensive network of public and private facilities where sporting is promoted from the core and completes a calendar of activities of over 350 annual sporting events.

One of the biggest sporting events is the Barcelona Marathon – a 42,195 km running race that is becoming a popular classic in the international marathon calendar. It has been run since 1977 on a flat and scenic route through some beautiful parts of Barcelona, the attractive and beautiful capital of Catalonia. Furthermore, the temperature in March is pleasant enough for running the marathon.

The Barcelona Marathon is well-organized with a route entirely in Barcelona city with water points lining the route, massage service and showers. The route starts and finishes at Plaça d'Espanya, at the foot of Montjuïc, in the Sants-Montjuïc district. It passes Camp Nou, back to Plaça d'Espanya, past Sagrada Família, near the beach in northeast, around the old city, back to the shore and back to Plaça d'Espanya. It has many straight parts separated by sharp street corners. The route feels flat, but looks more hilly on a height profile diagram. It has some long slow inclines, notably around 25-27 km and 39-41 km. 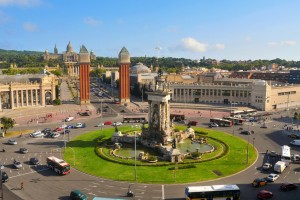 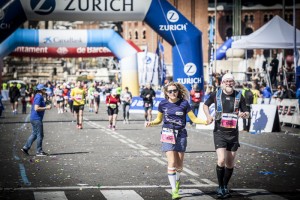 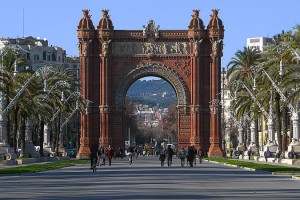 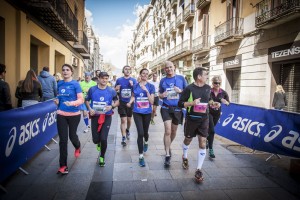