Login
Register
Find races
Discounts
The Marathon is the mythical distance and that of the Bay of Mont Saint-Michel is renowned for its rolling route.

Frequently ranked among the 10 most beautiful marathons in the world, the Marathon de la Baie du Mont-Saint-Michel will allow you to discover a jewel of French cultural heritage.

The idea of a route running along the Bay and finishing at the foot of the Abbey of Mont-Saint-Michel was an obvious choice for a group of friends who belonged to the Lions Club in Saint-Malo and imagined the concept. This unique route has been a wonderful challenge for thousands of runners since 1998.

With the majestic Mont Saint-Michel as a backdrop, the Marathon du Mont Saint-Michel is one of the only marathons is the world where you can see the historical finish-line even before embarking on the legendary 42,195km distance. 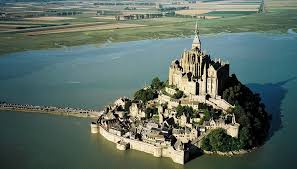 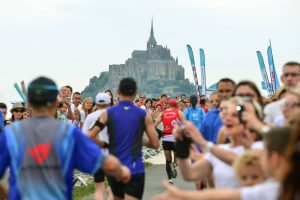 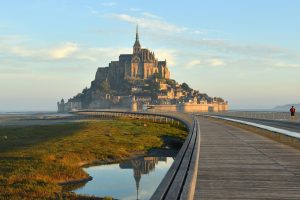 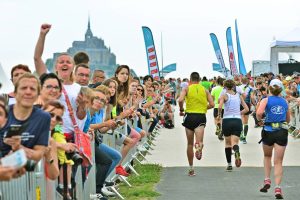 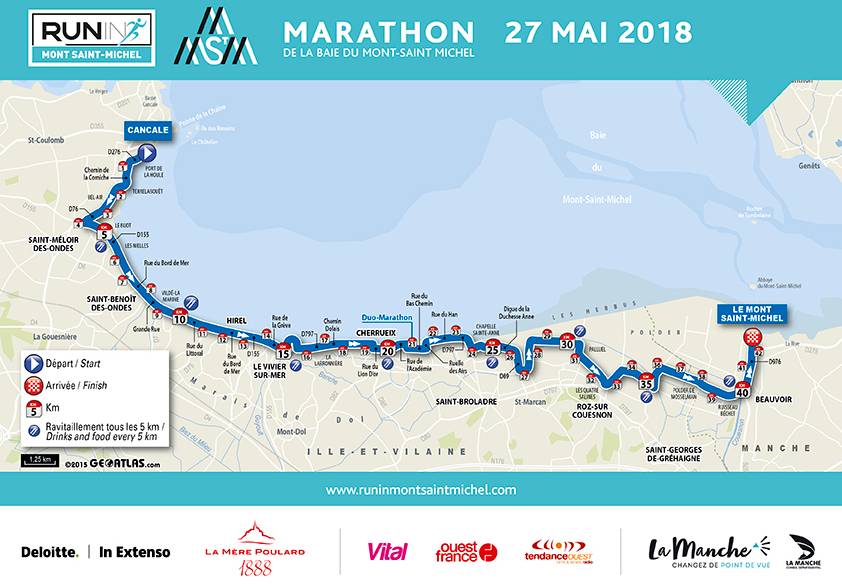