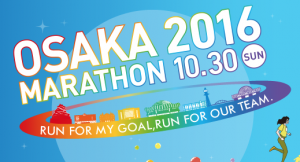 The Osaka Marathon offers runners a choice of a full marathon, or a shorter Challenge Run of 8.8km. Primarily a charity event, participation in the Osaka Marathon requires a mandatory contribution to charity, with the race's rainbow theme providing runners a choice of various causes to support, with each charity theme represented by a colour. With the JPY 104,627,109 raised at the 2014 event, the Osaka Marathon provided financial assistance to local and international projects, including land conservation in the Philippines, paediatric services in Laos, provision of clean water to refugee camps in Africa, studies in the advancement of cancer research and more. For a race with a relatively short history, the Osaka Marathon has enjoyed decent participation numbers since it started back in 2011. The fifth edition of the Osaka Marathon is expecting 32,000 runners, of which 30,000 will be running in the marathon distance.

Both the Challenge Run and the AIMS- and JAAF-certified marathon commence at the Osaka Castle Park, with the marathon distance race featuring several of the city's distinctive landmarks. While runners of the Challenge Run terminate at Osaka City Hall, the marathon runners head towards the Osaka Prefectural Government, the National Bunraku Theatre, along the famous high end shopping street Midosuji Boulevard, the Osaka City Central Public Hall and the City Hall, the baseball stadium Kyocera Dome, the unmissable Tsutenkaku Tower before finishing at INTEX Osaka, Japan's third largest exhibition centre. The race commences with a descent, and features two climbs, one at the 5km mark and the other at the 37th km on an otherwise flat profile. 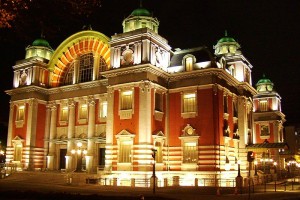 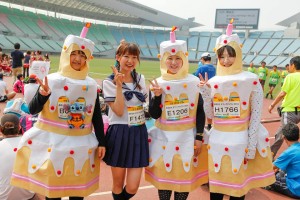 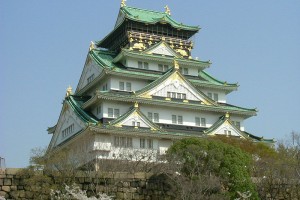 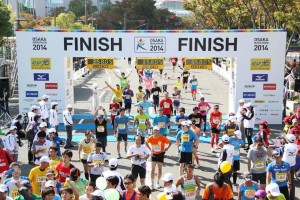 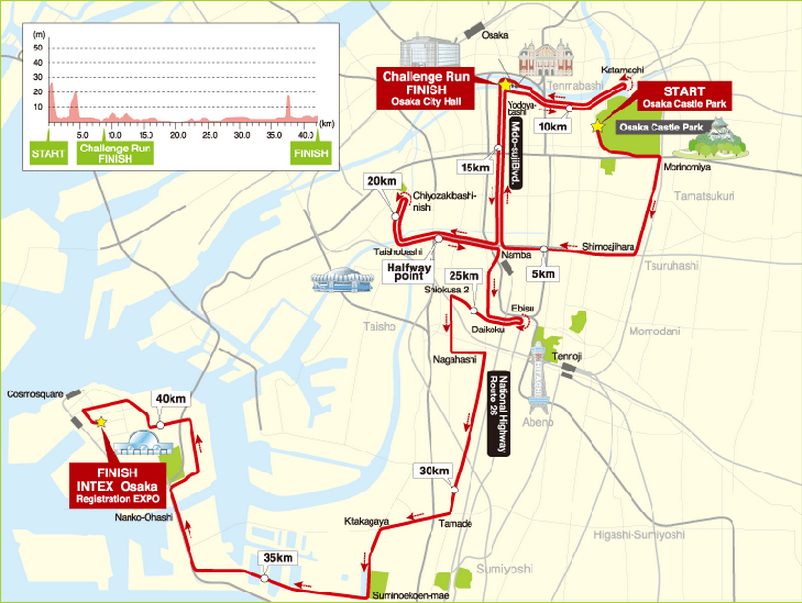