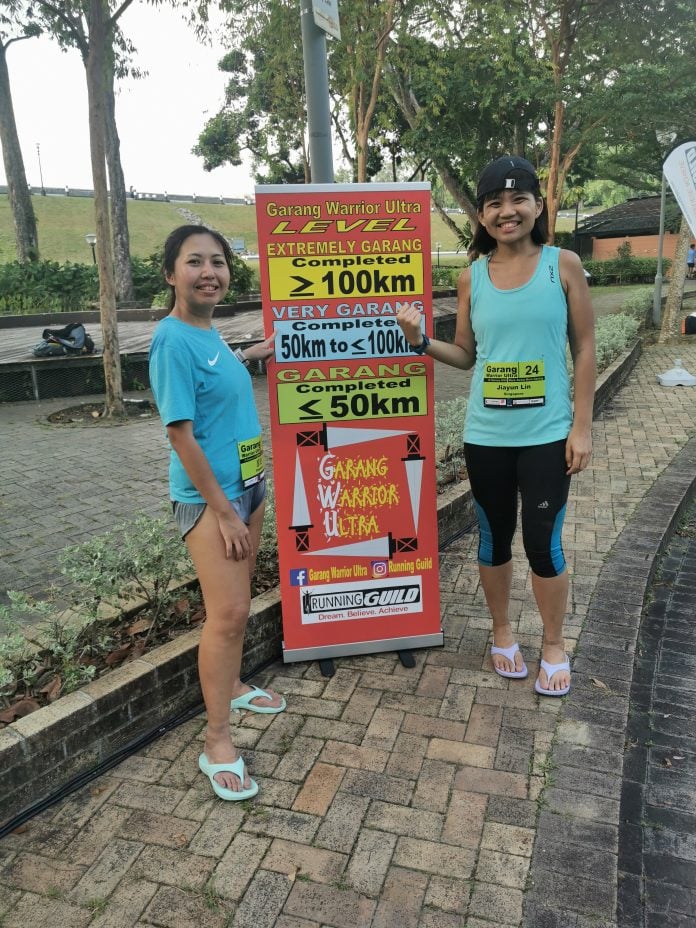 Though some say Ultra Marathon is any distance longer than 42.195km and some say its a distance above 50km, but to me, to make that Ultra Marathon more worthy and memorable with effort, it should be more than 50km. Been running since 2015 and the longest single run was 42.195km. I really had no courage to register myself for an ultra-marathon as its already so torturous to do a 42.195km marathon. But last year, I’ve made running an ultra marathon as my bucket list item to do and taaaadaaaaa!!! I’ve completed a freaking 52km at one go! 😆

Can’t remember who jioed who, Eleanor, Rey and I registered for the Garang Warrior Ultra. Malaysia’s Ultra-Trail Marathons is too scary for me to attempt with their crazy elevations. There isn’t many organisers organising ultra marathons in Singapore so we registered Garang Warrior Ultra. It’s held at Macritchie reservoir and it’s a 12 hours event to run as many 4km loops of about half on road and half on trail. I thought I must do at least 13 loops so I can get the title of Very Garang 💪

And it kena the Covid-19 period. Honestly, I was hoping that event organiser might postpone or cancel the run as, since the outbreak of the virus, I’m in no mood to do my regular runs and stressed myself up for whatever the reasons. Many other runs were either postponed or cancelled already. I was 50/50 about DNS for the Garang Warrior Ultra as I’m in no conditions for such a long-distance running, didn’t do any LSD at all, being stressed and tired with work as well, and last month’s Taipei Standard Chartered Marathon was just still so recent and I’m still so tired from it 😭 Many many excuses and reasons, but Eleanor was so poisonous and reassuring. Positive vibes 💪

The day prior to the race, I packed Vaseline, snake powder, plasters, 3 sets of shirts and shorts, brought 2 pairs of shoes, 2 pairs of sunglasses, 3 caps, 2 small towels, 2 arm sleeves. It looks like I’m packed either for a vacation or a fashion show 😂 I’d actually intended to wear this cap to protect myself from getting burnt 🌚 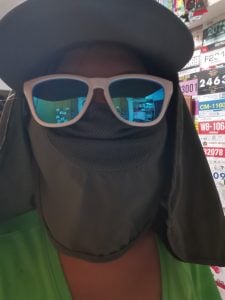 I look like Japanese soldier 😆 In the end, though I brought this cap with me, I didn’t wear it as I thought I might suffocate 😂 Maybe I should have just worn it so I wouldn’t get pigmentation or get much more orh lu lu 😆 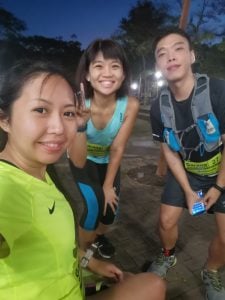 On race day, we reached before 6.30 am to take temperature and to deposit our baggage as well as to collect our bibs and timing tag. Just trying my luck whether I can get Chinese characters printed on the bib 😆 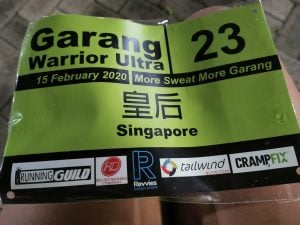 Flag off was on time at 7 am and Rey and I go slow together when Eleanor zoomed off from the start, our strategy was to walk every upslope to conserve energy and we did the first 8 loops together then I was on my own.

Brought enough clothes machiam going for a 3 day 2 night vacation but I ended up only changed my clothes once and I must say it was really shiok to change out of my super wet clothes after completed 5 of the 4km loops. 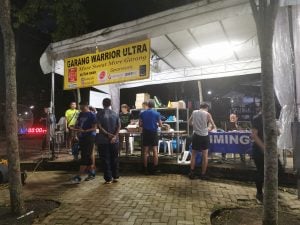 There’s food prepared such as boiled eggs, cup noodles, biscuits, bread as well as fruits such as bananas and watermelon. Didn’t really eat much but it was awesome to have Coke. I’m not a gassy drink person actually. I drank the most coke this day my entire life. Though there’s energy drink like Tailwind as well as water, I only took Coke. Throughout and my last 4 loops, I was chewing on ice cubes as well as drinking coke all the way like a boss 😆 Honestly the best part was chewing ice throughout as the weather was insanely hot 🔥 Heat is definitely not my friend 🤮

My NB shoes served me well over it’s “retirement age” and the sole finally came off during my 11th loop, though I’d another spare pair of shoes, I decided to wear slippers to continue the last two loops. My legs weren’t mine anymore.

Eleanor accompanied me at my most torturous last loop ❤️ Luckily I got her.

The feeling of pengsan feeling was real. Good enough, I finished the race without any injuries, saw a few runners with bloodied knees 😖 Ouch ouch! But they are so mentally strong and they keep on going 💪

It’s the most expensive local race I’ve ever paid for. A total of $123 for the race entitlements and as well as for the finisher tee and medal which is not included in the entitlements and have to be purchased separately. Though I have countless of medals and finisher tees already, but for this crazy distance which I’ll be covering, I deserve a medal! 😆 Due to the outbreak of the virus, we are not able to get the finisher medal on the event day due to the medals are from China, the organiser will announce the collection of the medal 😐 Erm, I felt that we paid for something that is only very memorable and touching to get immediately after the run. Should post it to us instead of asking us to collect? 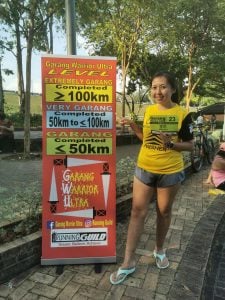 The funny thing was during the entire run, I was sibeh negative. I even said things like I’m retiring from long-distance running, no more full marathon, no more half marathon and I’ll happily run 10km races. Now, it’s just less than 24 hours after the race, and I was thinking simi ultra to next? 😂 #NeverLearn