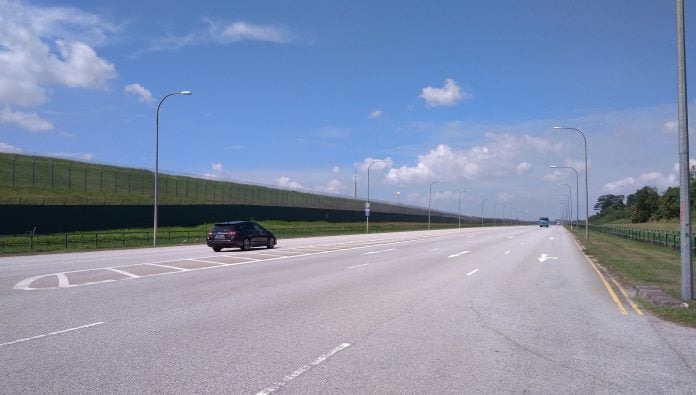 The Great Western Ride has always been in my ‘to cycle’ list. Although I had run a ‘part’ of it during last year’s B.I.G Farm Run, cycling at the farm estates and literally to the far end of Lim Chu Kang (LCK) is yet another different matter.

The preparation work was the same as any other rides, such as ensuring that I have the necessary accessories like helmet, hydration, hand gloves and seat cushion. Researching and planning the route, including where to start and end, places of interest and identifying any potential risk is mandatory.

It is akin to my North East Cycling Expedition in March this year, where I cycled from Mandai to Bedok and along the way visiting the many places of interest such as the Mandai Zoo and Seletar Aerospace Park.

However, the glaring difference between the 2 Rides is that the Western Ride is mostly on roads. There is literally no park connectors and few pedestrian pathways. So cyclists who want to embark on this Ride should be mindful of the risks of cycling on the main roads.

My friend Lian Chye who took part in the OCBC Cycle joined me for this ride. We arranged to meet up at Choa Chu Kang MRT at 9.30 am. Before setting off I ‘tabao’ lunch, intending to consume later at one of the rest points as I know there is hardly any food stall selling food at LCK, unless we purposely detour to Kranji Farm Resort.

As a non-resident here, it is not easy to navigate even with online maps on hand. Nevertheless, we got it right cycling along Choa Chu Kang Ave 4 to Brickland Road. This area should shed some light to me as I had run here and also visited the nearby Hai Inn Temple just last month. We crossed the KJE Flyover and turned left to Old Choa Chu Kang Road.

We passed Home Team Academy and temporarily stopped over at Keat Hong Camp. 2 AMX-13 tanks flanked the entrance. It was relatively quiet here at almost 11.30 am. Perhaps the national servicemen were preparing to book out, or had they already done so?

We rode on after a short rest, passing Tengah Airbase. I must have not travelled this road for 8 years after completing my last in-camp. There are quite a number of camps in this part of Singapore, and you can actually still find some old-school bus stops along this road. 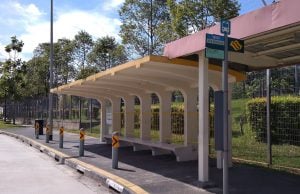 After a short ride, we came to the cross junction where we turned right to LCK road. I had travelled along this road countless times – by car and bus. Ever since I rekindled my interest in cycling, I had told myself that someday I will cycle along this road. This is one of the widest roads in Singapore and military aircraft use it as an alternative runway for emergency takeoff and landings during exercise. 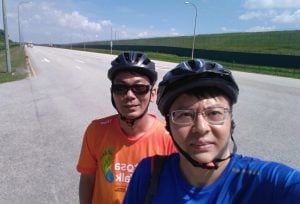 The afternoon sun was hot and there was no wind. Cycling along this stretch of road can be daunting. We passed the cemeteries and turned into Murai Farmway. Rows of chicken farm houses greeted us. There used to have organized public visits to the chicken farms before the bird flu outbreak many years ago. Since then, the authorities had banned such visits. 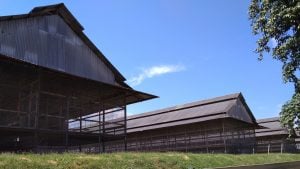 We turned back into LCK road from Jalan Murai. The roads here were narrower and we had to cycle especially careful, keeping to the left due to the presence of heavy vehicles. A short ride brought us to Sungei Gedong Camp, my second home from my national service days. I had many fond memories here – the staying in, the camaraderie forged and the training ground. It was definitely surreal to be here again after so many years. The leopard tank displayed in front of the camp entrance looks simply awesome. 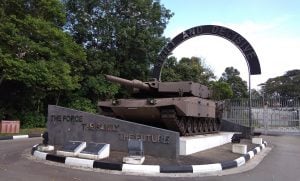 We resumed our journey after a short while and the old Neo Teow estate came into sight. When I was serving my NS more than 20 years ago, this estate was still occupied by residents. Now it has been gazette as an urban warfare training venue for the SAF.

We reached Hay Dairies and consumed our lunch with Hay’s goat milk. The farm assistant told me Hay’s goat milk can also be purchased at Cold Storage. The stopover would not be complete without visiting the goats and watching families having fun feeding them. 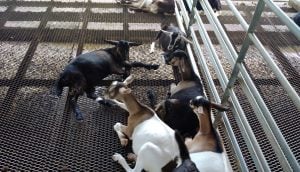 After a 45 mins rest, we set off once again towards LCK end. The Police Coast Guard Base is here, though I recalled many years ago this place was actually a small bus terminal. There were some fishmongers unloading their catch at the jetty. Otherwise, the place was quite deserted and dusty due to construction. 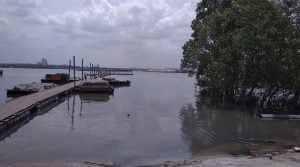 We retraced our way and turned into LCK Lane 8, passing Vishnu Dairy Farm. Readers may know Vishnu cow milk can be purchased at NTUC Fairprice. We continued on to Lane 6C before turning left to Lane 6, briefly stopping over at the Jurong Frog Farm. Subsequently, we cycled along Lanes 5 and 3 before turning into Neo Teow Road and Neo Teow Crescent. There are quite a number of ornamental fish farms here, such as Dragon Fish Industry, Sing Arowanas and Pang Long. I used to keep arowanas and would have stopped to visit these farms if not because I was afraid we may be running rather late.

We arrived at Sungei Buloh Wetland Reserve. I didn’t see many birds in the wetland. Perhaps they were taking shelter from the hot weather? There wasn’t a lot of visitors either, probably because the location was too far away and there is more interest in visiting the Zoo. 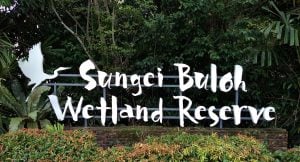 We didn’t stay long and continued to cycle to Kranji Way. I had always wanted to visit Kranji Reservoir and was glad I made it here today. There was nothing further of interest here in Kranji Industrial Estate. We turned into Kranji Road and directly headed to Kranji MRT Station. We ended our western ride here at 3.30 pm and had ‘ice kachang’ before parting ways.

This ride is not suitable for the risk-averse as the majority of the ride is on roads with heavy vehicles. You have to play it safe, keep to the left at all times and dismount to push your bike where necessary.

However, the rewards are tremendous as you visit places of interest where many will not do so on a 2 wheeler. It is definitely a refreshing change from cycling park connectors.

Most people will also tend to feel cycling a road bike is a better choice. I am not here to dispute that but just to add that a good foldable bike, coupled with good planning and physical fitness, will allow you to enjoy your ride too.