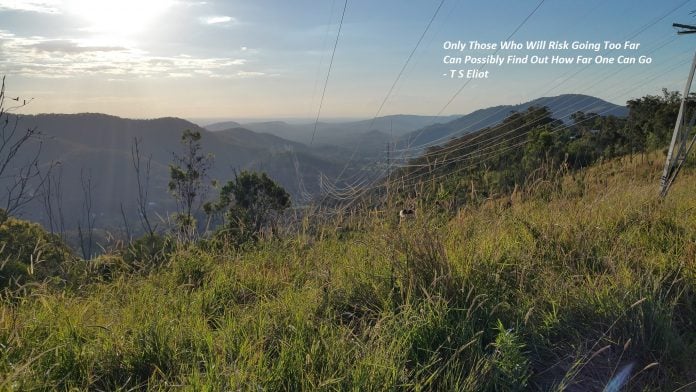 Year 2018 flashed by.  Almost 2 months into 2019 already and for the first time I had not run in any races in the beginning months of the year.  2018 was memorable for me finally achieving the goal of reducing my races amongst other things.  This is a reflection on the past 4 years when I just picked up running at the ‘ripe’ old age of 51.

Unlike most other runners I started running late 2014 without any idea of what PB stands for and what 10 km felt like, not to mention the other distances.  But my first real race was 10 km in early 2015.  My good friend and ex-colleague encouraged me saying that 10 km was an ‘OK’ distance to run though I was only running about 3.5 km then.  After getting hooked, in 3 months or so I signed up for a half marathon.  I didn’t apply any gel lubricant, knew nothing about energy gel and didn’t know anything about compression shorts then.  I couldn’t walk properly more because of the abrasion than any muscular cramps after the run.  But I finished the Marina Run, first half marathon in February 2015, so just two months on !  Emboldened by this, I went on to sign up for my first (Sundown) Marathon, a gap of 5 months from the half marathon.  The rest is history as they liked to say.

I learnt a lot since and looking back these were the major lessons which I thought I could share.

Lesson 1 : Running is a bug.  I mean it in a good way, running can be like a virus.  But you need to manage it.  It is not always about running more, longer distances or running faster.  It is a journey and requires small dosages sometimes (intervals), sometimes intensive dosage (as in running tempo) and variation.  It also requires rest, time for recovery, for muscles and tissues to heal and then grow stronger.  You can’t keep tearing them down without giving time for them to heal.

Lesson 2 : Pain is inevitable and suffering is optional.  I fractured my spine when I fell from the bicycle while cycling so my serious injury has nothing to do with running.  But I continued to run without a real break because I had signed up for the races beforehand !  That day when I fractured my spine, I continued to walk the bike and even attempted to ride back the few km home.  It was only the following day that I visited the doctor when I found my pain getting unbearable and then found I fractured two bones in the spine.  Even then, I was stubborn enough not to seek further treatment immediately.    It was then that I decided to overcome my injury then by walking more.

After taking up running, I was a bit skeptical about the benefits of walking.  In the months that followed my fracture, brisk walking was my solace because I couldn’t even jog.  My back felt like it was broken into two and I could almost feel the ‘grating’ of the upper and lower parts of my back when I attempted to fasten my pace.  But I chose to keep moving and eventually got back to jogging in a few weeks’ time.  Still, I knew that I suffered a loss of pace.  But if I had insisted on running too soon, I probably would have even more issues.

After the bones began to heal (took longer than a year!) I realized I must have injured deeper tissues or ligaments of the back and near the tailbone area.  I began to feel pain after half marathon or marathon distance – yes I still managed to run a couple of marathons and an ultra.  I began to treat pain as a teacher.  Researches showed that our body could also use pain as a defense mechanism.  I can relate to that because I found that each time I see someone fall hard, I could sense a tightening of my own back.  Still, it was this realization that I then seeked ways to reduce this sensation.  These days it is much better.  The injury has not completely healed but I am much better than, say one year ago.

Lesson 3 : According to the Merriam-Webster dictionary, grit in the context of behavior is defined as “firmness of character; indomitable spirit.”  Duckworth, based on her studies, tweaked this definition to be “perseverance and passion for long-term goals.”  Angela Lee Duckworth is a researcher who in her studies defines grit as “sticking with things over the very long term until you master them.”  I would say that running long term especially as you age further requires some level of grit.

As you age, you probably get ‘wiser’ and knew that you could still get away with not running as regularly or as fast as before.  To persevere in an activity as mundane as running and to logically say that you don’t really need to run ‘today’ is something that is so normal that you will be tempted everyday to repeat  (ie not to run).  Especially more so if you are also still working or doing anything that is more ‘worthwhile’ than just quickening your legs and then tiring yourself out in sweat.  And it is even more difficult if you run alone and most of your friends or even family members don’t understand why you run.

But a runner knows that after you finish a race or even a simple routine run for the umpteenth time, and you are breathing in fresh air, your heart is pounding, your brain is alert and when you feel that level of achievement (maybe a result of the rush of adrenaline or psychological), you feel you are more alive than anyone out there sloughing out hard in their daily work.  That is the challenge, the reward that you can get, nothing more and nothing less.  To me it was worth it.  To a lone wolf or an injured one, it requires some level of grit to repeat.

Lesson 4 : Building a growth mindset.  Angela Duckworth also touched on this in her study of grit.  My take on running is that it does cultivate a growth mindset too.  Each time you complete a race, you go back and reflect.  How can I improve ?  Faster ?  Stronger finish ? Nutrition/Hydration ? Each time you fall, you pick yourself up and continue.  Even broken bones will heal.   Sometimes slower than usual as I found out for my case.  I was diagnosed with Osteopenia – a condition where you have low bone mass that is not low enough to be diagnosed as osteoporosis but still a concern.  Blisters will fall off.  You will get over the Plantar Fasciitis.  The black toe nails will be shed and nails will regrow.  The abrasions will heal.  Perhaps there would be scars.  But the critical thing is you learn and get better, stronger.

This year, I got faster on certain very short distances and achieved a new PB for the marathon distance despite the seemingly lack of training – only 3 months with short distance training after a lapse of almost half a year.  But I think the improvements came from my attention to recovery and variation of training.  The important thing is to keep learning and growing.  After all, we do grow older and hopefully wiser too.

Lesson 5 : Stay Positive no matter what happens.  Often from suffering, tribulation, perseverance is seen and from there the character emerges.

So I wrote this at the beginning of the year but due to life’s other projects, I couldn’t push this out earlier till 2 weeks after the Chinese New Year.  In the year of the lunar Boar, I wish everyone the best in your pursuit of your individual goals and have a strong healthy Boar year ahead.  Run Happy.  Run Safe.