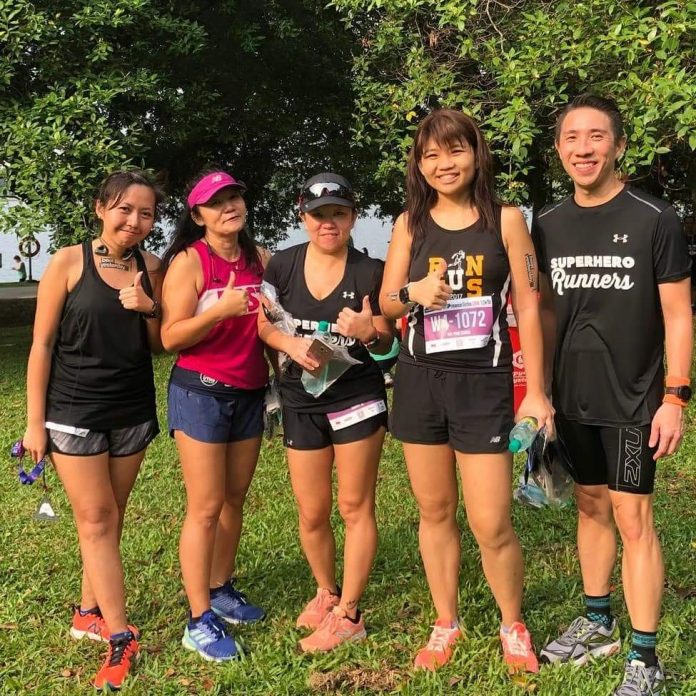 It’s the race 3 of the series and this time it was held at Bedok Reservoir. Bedok Reservoir is a nice place to run and I’ve been there a couple of times before to run 😊 It was a happy morning for me as I had enough sleep and had saved a lot on traveling time as Fannie is kind to tompang Eleanor and me to the race site 😁

After 3 REPC, which was held at a very not so convenient place for me, I really hope that if there’s any TPS series next year, runners that registered for the entire series are able to collect all of the bibs and race tees at once, it’s also like a privilege to encourage runners to sign up for the entire series right? 😆 Though now I am contemplating of giving up running race 4 of the series as it clashes with Great Eastern Women’s Run! 😭 It’s the only run that I ran without fail yearly for the past 3 years since I started running. 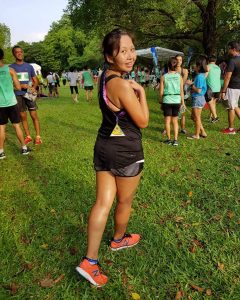 Flag off was on time at the usual 7.30am. Race route was 2 loops of Bedok Reservoir and there’s a super long slope to run up 😌 But when there’s upslope also means that there would be the shiok and happy downslope 😁 The downslope was quite steep and while running down I was thinking if I tripped I can really reach the end of the downslope the fastest way by rolling down 😂 While at the second loop I was thinking I shall take a rest and walk all the way up for the coming upslope but lucky me, runners do not need to run up the scary slope for the second loop. I was also disappointed a bit actually because I have no excuse to walk already but to keep running 😆 Never study route map some more lah! 😂

There’s many photographers along the route to take many photos for runners too! Really thankful for their hard work 😊 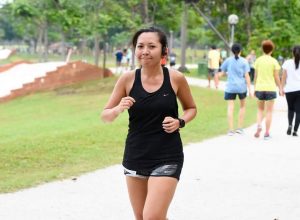 It was pretty hot already by the time I was on the second loop, Sun was out but luckily it’s not too hot yet. The terrain is mostly gravel and I find it not easy to run on. Public toilets were available throughout the entire park and there’s 2 hydration points spaced out along the route which meant runners would total run pass hydration points 4 times which had kept the runners pretty hydrated. The route was slightly over distance as many of my friends and my running watches showed 10.2 to 10.3km.

Hahahaha! Though I don’t have the habit of choping a table in hawker centre or kopitiam with tissues and umbrellas, but I find the medal so Singaporean and cute lah! 😂 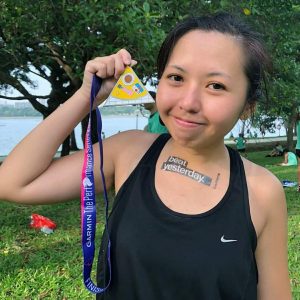