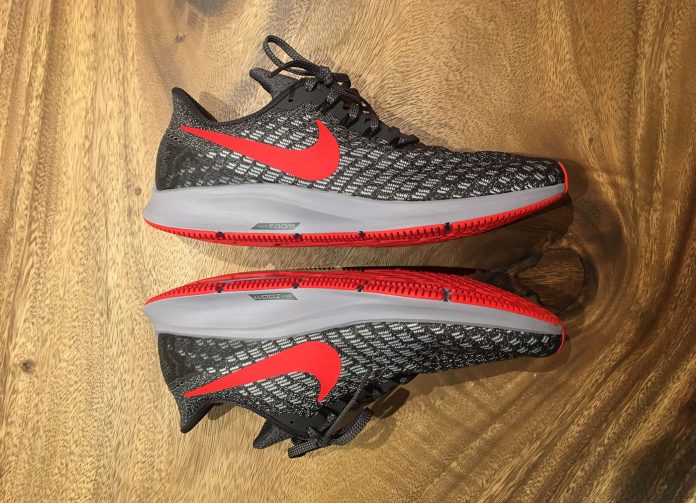 The “Pegasus” was introduced by Nike in 1983. Over its 35 years of life, it has become the company’s all-time best selling running shoe, and year after year it has been undergoing major technology shifts that brought us to the latest release, the “Nike Air Zoom Pegasus 35”. Commonly referred to as “the Nike peg”, is a shoe used and loved by runners of all levels, including some of the world’s best distance runners, such as Eliud Kipchoge, Joan Benoit Samuelson, Matthew Centrowtiz, Timothy Cheruiyot, Amy Cragg, Lelisa Desisa, Evan Jager, Geoffrey Kamworor, Faith Kipyegon and Bernard Lagat.

I am very glad to get the opportunity and try on this year’s upgrade, the Air Zoom Pegasus 35; here are my first thoughts after taking them out for a run.

Comfortable Fit and Run that “pops” 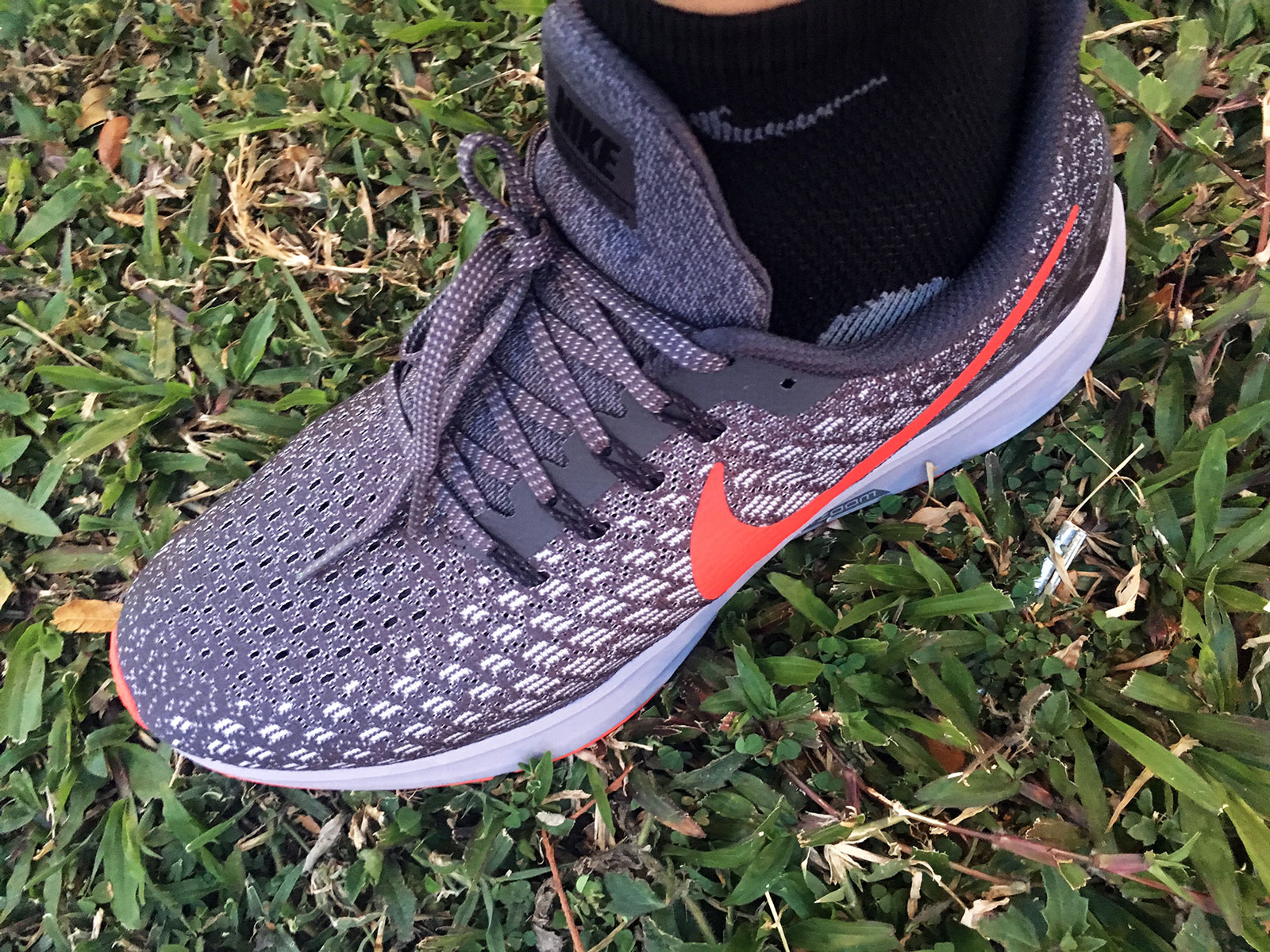 The Air Zoom Pegasus 35 fits true to size. The fit is snug through the midfoot, but roomy in the forefoot. The arch support is evident, and the responsive Cushlon foam cushioning provides a comfortable but solid grip. The shoe is equipped with new full-length Zoom Air “airbags” that smooth out the transition from heel to toe as you go through your stride and facilitates energy return. This is the first time that Nike places such a full-length airbag in a running shoe, following feedback from elite runners around the world, including Mo Farah.

Running in the Air Zoom Pegasus 35 is stable and smooth. I could feel the firm grip that the responsive cushioning provides, as well as a “pop” towards the transition to the next stride. I personally love the upper; not only it looks cool, but it is breathable (a huge plus for Singapore’s climate) as well as soft, and seam-free. You could easily go sockless if you want. 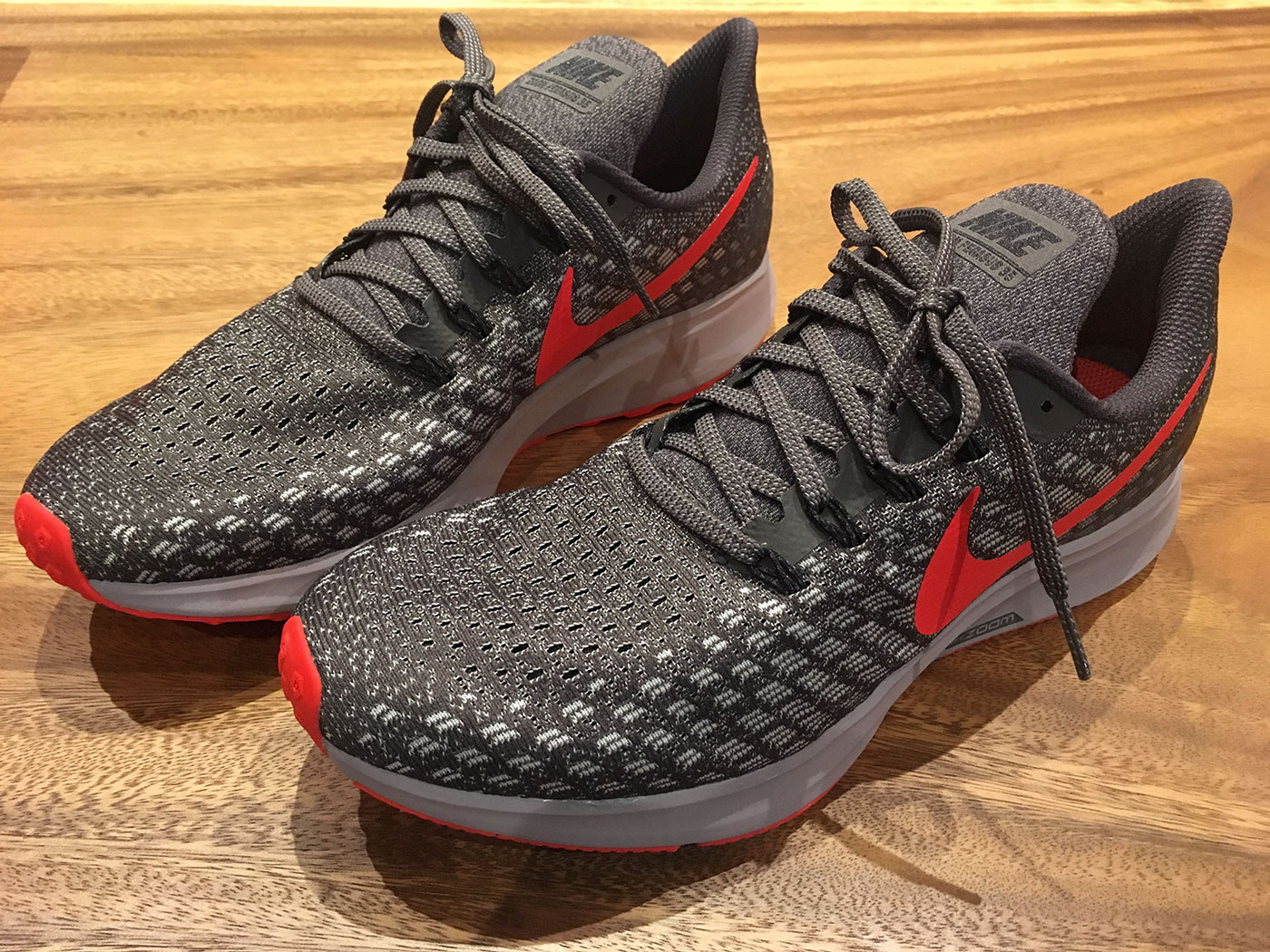 The Air Zoom Pegasus 35 comes in 12 color combinations; I was given the gray with crimson red one, which I find very stylish not only for running, but for everyday use as well.

There are two prominent features: First, the long high tongue. It didn’t seem to interfere with anything during the run – if anything, it helps the show to stay in place. It also allows for a quick on and off.

Second, the back is pointy and rigid. The collar is tall, but it is turned away so it doesn’t rub against your Achilles tendon. This is a welcome upgrade to the series, cause it minimizes the friction. 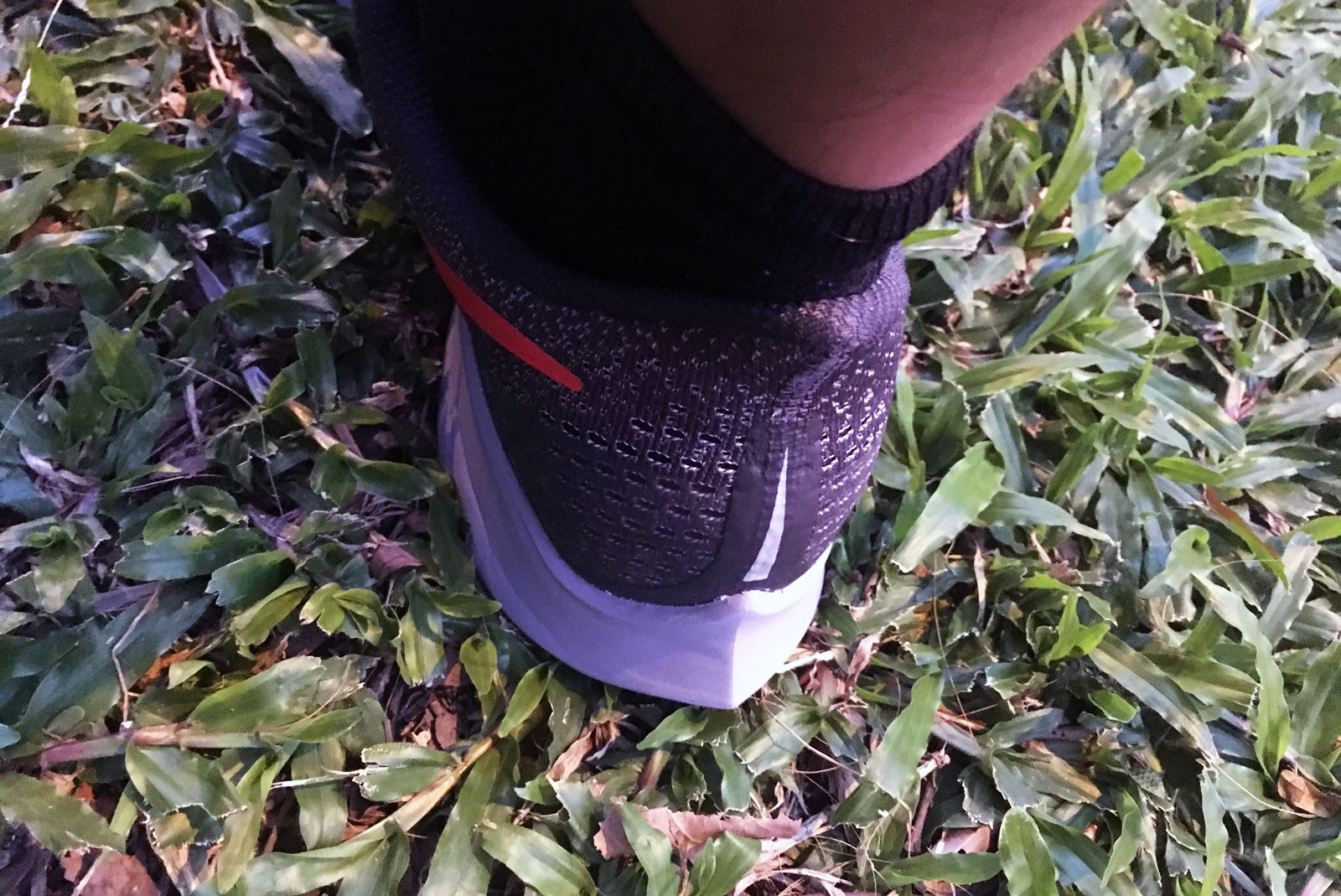 All in all, the Nike Air Zoom Pegasus 35 will give you a nice, smooth ride and should work for the majority of runners. The fit is comfortable as the mesh hugs the foot but isn’t constricting. The upturned collar and pointed heel add to the aesthetic and give these shoes their own identity.

Nike Air Zoom Pegasus 35 is available in Singapore via www.nike.com for S$199

Before I go, here are 6 facts and figures about the Pegasus that I found interesting (taken from nike.com).

* Disclaimer: This review represents the genuine, unbiased views of the author. The author was provided with a free unit. Nike’s products have been and might currently be advertised on JustRunLah! via different channels, however, these relationships do not influence the editorial content of reviews.