Have you wonder how by running you can fulfill a child’s wish? Have you also ever wonder how by running you can do a part for charity? Yes you can by being a runner at the PCCW Global Charity Run event. This year, the annual PCCW Global Charity Run 2018 returns for the 5thconsecutive year and was held on Wednesday, 27 June 2018 at Silver Leaf, Gardens by the Bay. Yea, you heard me right! The event took place on a mid week where most of us are joining the early morning rush hour to work or to school whilst here we are, taking part in this meaningful charity run away from the conventional running events that are usually held over the weekends. The running event is sponsored by PCCW Global, the international operating division of Hong Kong Telecoms, Hong Kong’s premier telecomunications service provider, which is majority-owned by PCCW Limited.

All proceeds from the run will be donated to Make-A –Wish Singapore, the only wish granting foundation that grants the wishes of children with life-threatening medical conditions. Whether it’s a child’s wish to becoming an astronaut, having a magical Star Wars party or travelling to a favourite country, etc., this run hopes to grant the wish of each and every child possible. It maybe a tall order but with every step each runner takes, we are already a step closer to achieving the goal and granting the wishes of these children. A day before the run, I was at a hospital and happened to passed by the Children’s Haematology & Cancer Centre and witnessed for myself, children some of whom are infants strickened with this deadly illness: Cancer.It breaks one’s heart to know how the illness can strike at anyone, anytime regardless of age. Hence, this run brings even greater meaning to me as I know that my participation perhaps, will help a child’s wish comes true. Despite the running event that was held on a working day, there were still many runners who took part and going to work after the run. It just holds truth that there are still social responsibilities to charity work and helping the less fortunate amidst the hustle and bustle of our lives. The PCCW Global Charity Run 2018 raised a total of S$45,000 this year and the cheque was presented to Make-A –Wish Singapore before the start of the run. 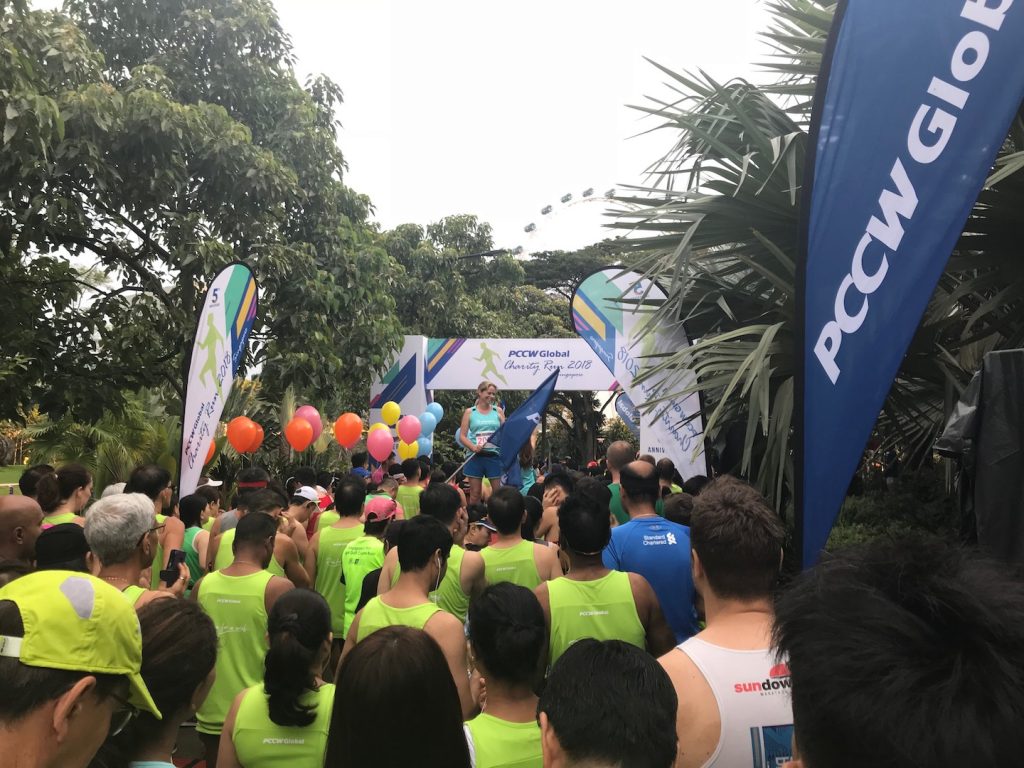 The run has only one category: 5km with no age limit and it is also a race as runners are each issued with a racetime shoe tag to record their timings. The top 3 runners (both male and female category) will also received sponsored items worth $300, $200 and $100 respectively. The run was flagged off at 7.19am according to my watch due to a slight delay although it was supposed to officially commence at 7.15am. Thankfully the weather was cool due to the earlier showers in the wee hours of the morning and it did not rain unlike the previous day, where it was pouring with showers and thunderstorms.

The race route is something that many seasoned runners would be familiar with. Simple yet with a great scenic view, no slope and an untiring route. It started off from Silver Leaf Gardens by the Bay – Flower Dome – Cloud Forest – Satay by the Bay –Making a U-turn before Marina Barrage – Running back to the same route – Marina Bay Sands – The Promontory @ Marina Bay – U-turn back to Marina Bay Sands again – And FINISHING STRONG back to where it all started; the Silver Leaf Gardens by the Bay.

The actual race route was 5.2km as stated in the race guide and my running app, Endomondo by Under Armour also indicated as such. Unlike many short races, you do not actually get to see pacers involved in the run unless it is a ½ or full marathon. Surprisingly, there were pacers with balloons of different colours representing the various finishing timings for this run to help runners achieve their running goals. Uniquely, there was also a Gifsta.Printa photo booth for runners to take memorable shots before and after the run as well. 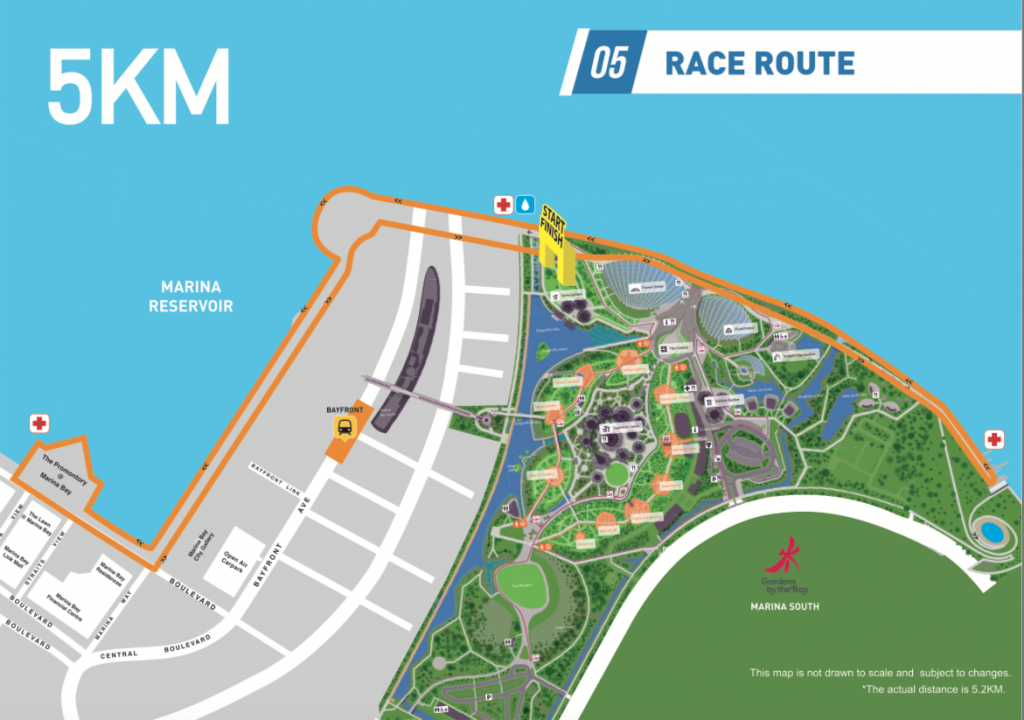 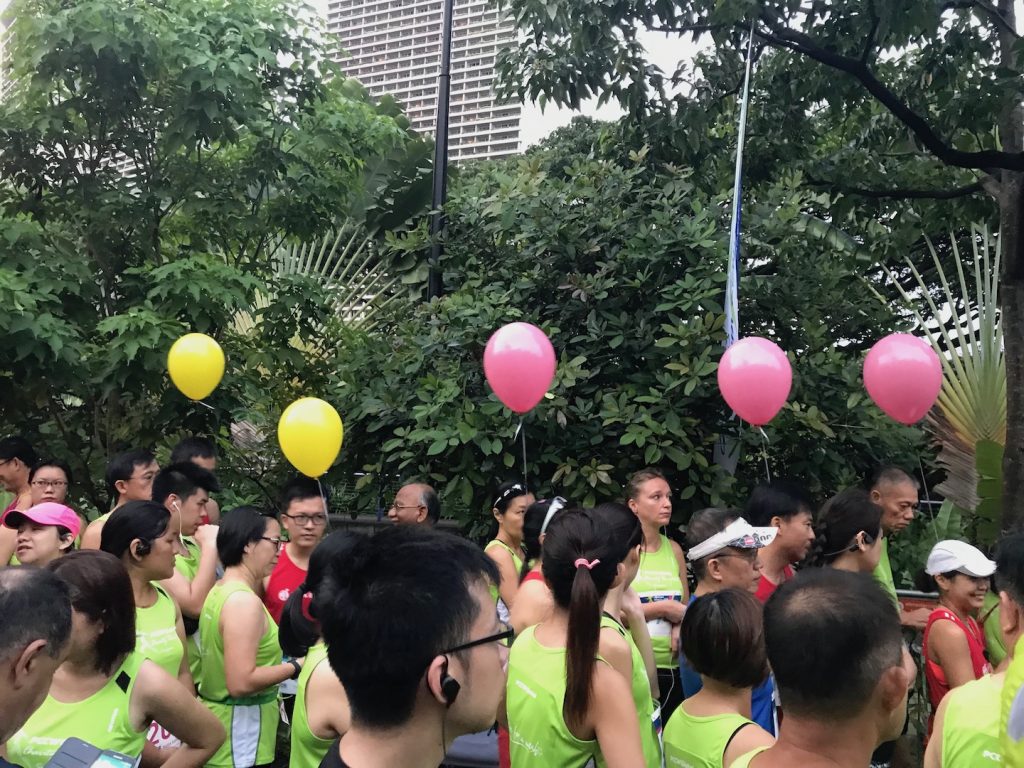 Signing up for this run for just S$35 (early bird) or $40 (standard) also entitles the runner to a Newton singlet, drawstring bag, race pouch, race bib, racetime shoe tag, finisher medal as well as a Newton finisher t-shirt. You do not actually get so many goodies in a bag for such a small amount you are paying, as races are getting pricier these days! Most importantly, you know where your money is spent and that you are doing for a good cause. 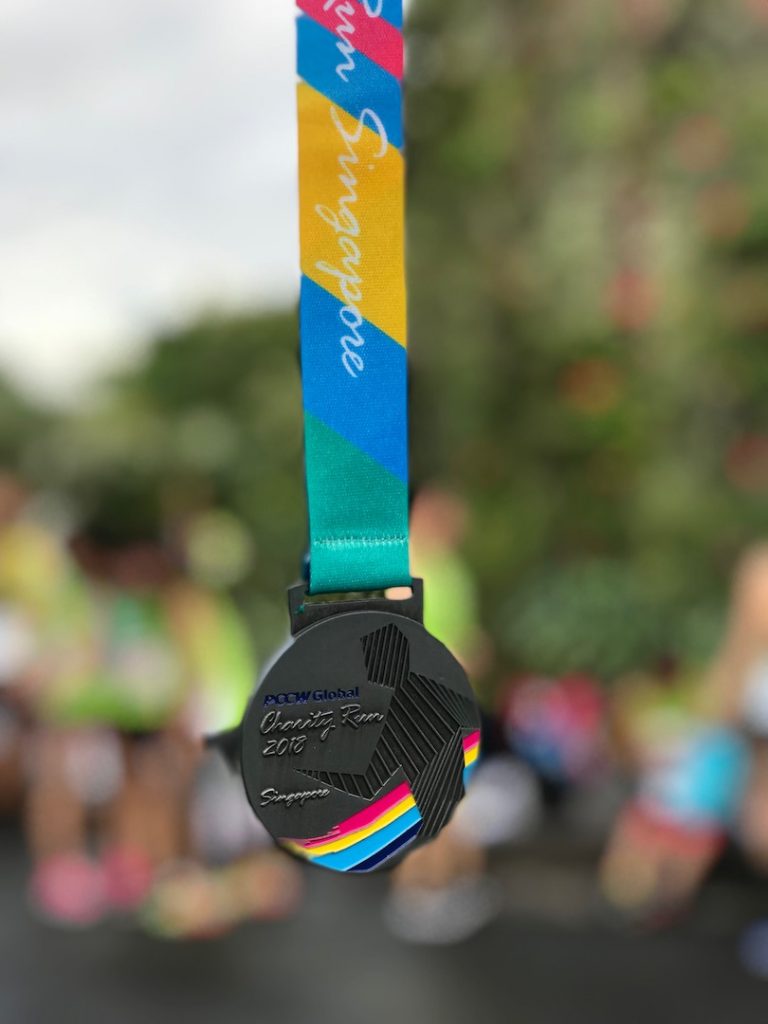 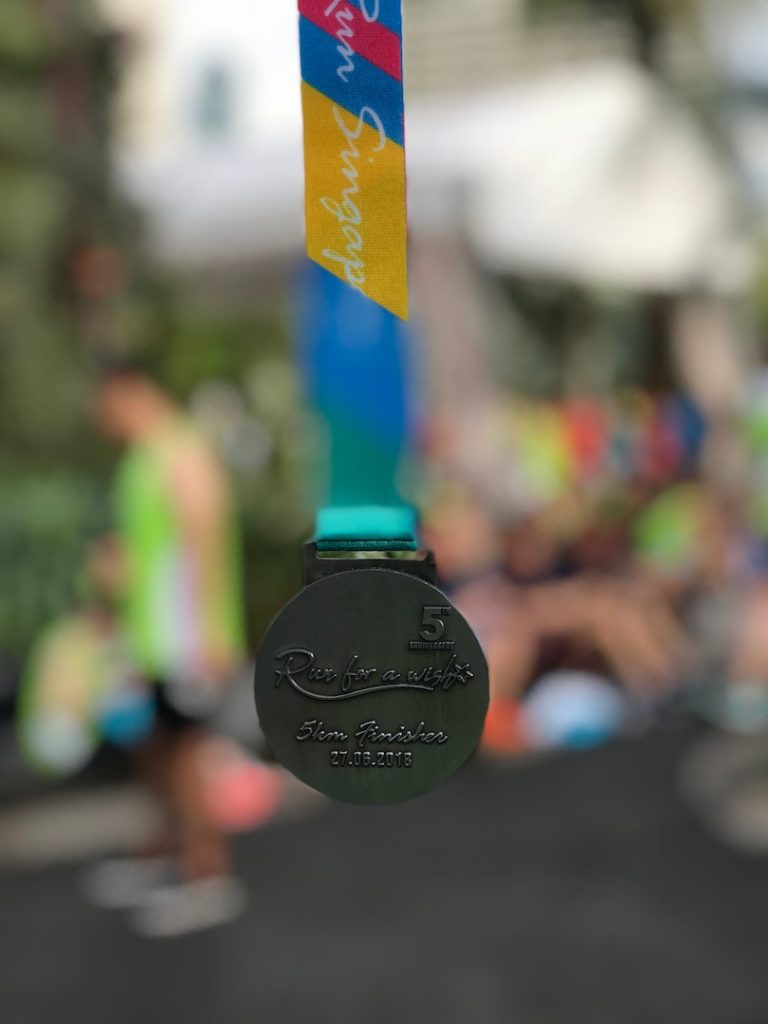 The entire running event was well-organised and ended uneventfully before 9am after the prize presentation to the top 3 runners for both the male and female categories at the race village. Some of us left hurriedly yet happily ready to transform from our earlier sports gears to our office attires. But at the back of our minds, we all knew that we have contributed to charity and are part of a good cause. Being able to witnessed such a meaningful running event, many runners including myself are looking forward to the next PCCW Global Charity Run next year. 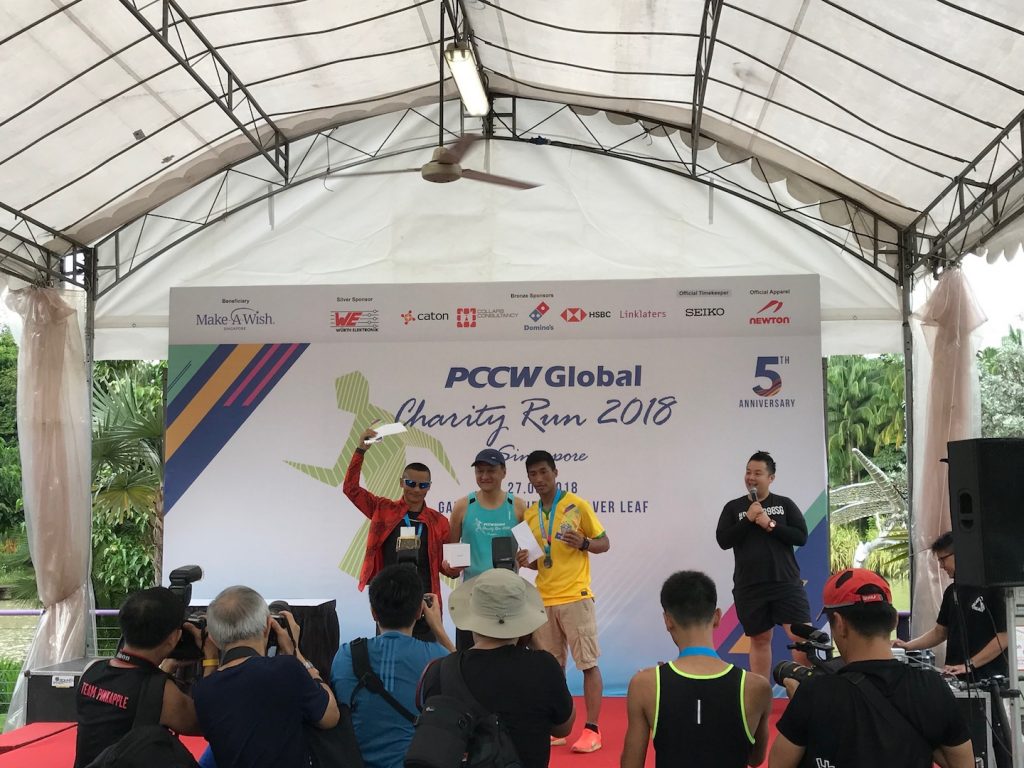 However if you have missed out this great running event earlier, fret not! There is still an opportunity for you to be part of this charity by making a donation regardless of the amount, as no amount is too small to “Make-A-Wish Singapore” to bring a smile and hope to a child tomorrow. To find out more, you may wish to click on the link below: https://www.makeawish.org.sg/en/