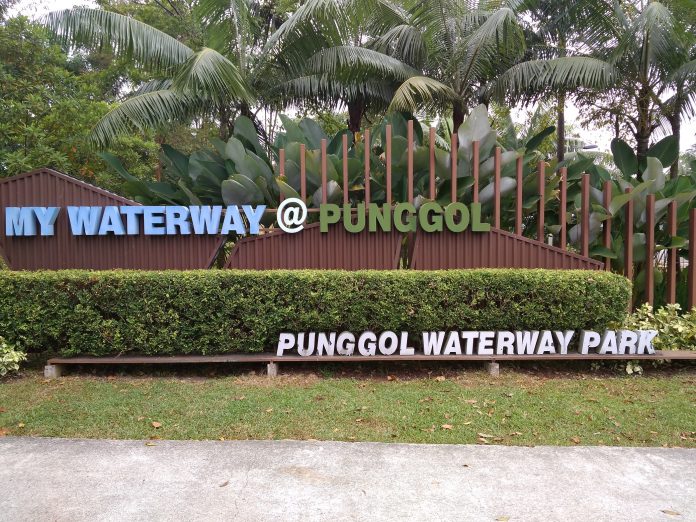 The Lunar Dog run was organized by the Tampines Central Community Sports Club (TCCSC) on 25 Feb, 7.30 am at the Punggol Waterway Park.  There were 2 categories – 8.18 km non-competitive run and 800 m Run with your dog.

I deem this run as my ‘recovery race’ after the last Standard Chartered Marathon in Dec, where I caught the runner’s knee . It took me almost 2 months to recover from the knees pain, during which I did some research (well, literally) on its causes and ways to prevent recurrence. Am keeping my fingers crossed…(Lol)

I collected the race kit at TCCSC during weekday (20th Feb) after 7 pm. It was the first day of collection and the queue was not long. Processing time was reasonably fast. 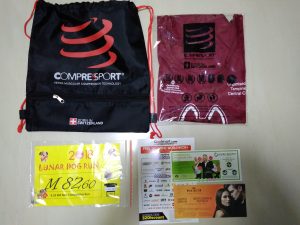 The morning weather was fair and sunny. There was a good turn-out of participants for the run, which I estimated around 300. Quite a number of runners also brought along their pet dogs. In fact, there were stalls set up with the vendors recommending products for the doggies. Well, it is the Year of the Dog! 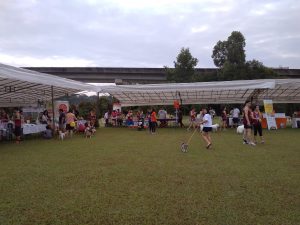 The organizers led the runners for warm up exercises before the flag off at 7.30 am. Thereafter the runners proceed first, followed on by those with their dogs.

The route was the familiar Punggol waterway region, but without going into Coney island. There were 2 hydration points along the route, where the volunteers handed out bottled water to the runners for hydration.

At the Finishing Line, runners received a warm welcome by the ‘Cai Shen Ye’, who generously gave out his ‘gold coins (chocolate)’ to the finishers. 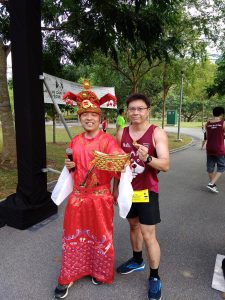 The post race goodies include the finisher medal, drinks, banana and a finish tee (surprise! didn’t realize there is finisher tee). 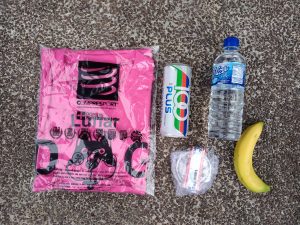 I must say the finisher medal is well designed. Thumbs up! 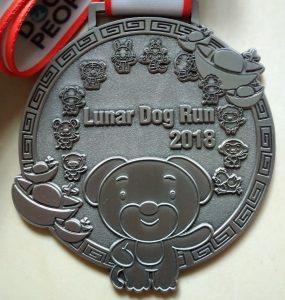 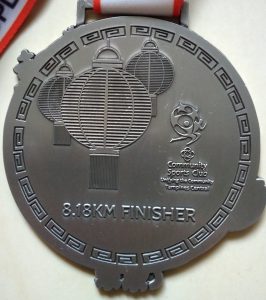 The organizers conducted cool down exercises with the finishers. The lucky draw began once the last runner was in. A few lucky runners walked away with capitaland vouchers (congrats!).

The event ended at around 10 am. Shuttle service was provided for those who opted to alight at TCCSC.

Personally, I had enjoyed this run. Though it was slated as a ‘non-competitive, community’ run event, I feel it was quite well organized. There were sufficient volunteers, some of whom rode their bikes to accompany the runners in the run. The price was very affordable, with more or less the same entitlements at well known races.

The only aspect I think can be considered is the use of cups in the hydration points. I believe not many runners would want to hold a bottle water when they run. But again, this was not done perhaps due to logistics, resources or even environmental concerns. Anyway, not a big issue as this was supposed to be a fun run!

I end my post here. See you at the Terry Fox Run.