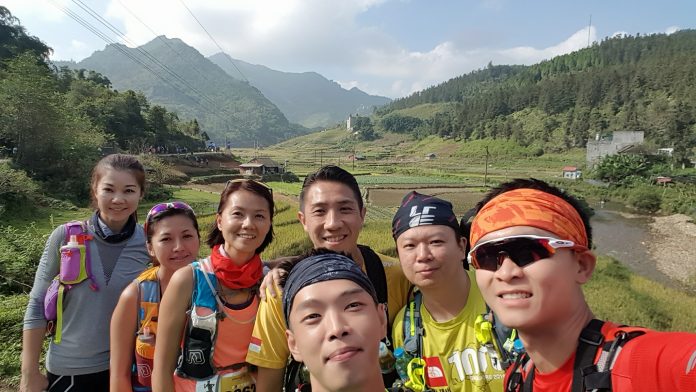 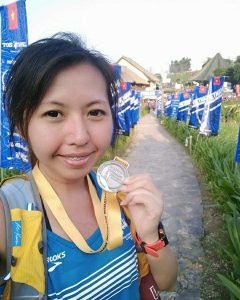 This is officially my most hardcore 21km medal earned! 😆 Hardcore to fly all the way to Vietnam. Hardcore for about an 8 hour train ride Lao Cai then take an hour of bumpy car ride to Sapa. Hardcore to walk the whole 21km 🤣

This trip we travel as a group of 7 people consisting of Serene, Chiu Ping, Kelvin, Rey, Jeff, Thomas and me. I must really thank them for planning the trip, booking of the flight tickets and hotel etc etc 😘 It’s an awesome runcation travelling together! 😍

Race Pack collection is in the Sapa Square. Though there’s not much people in the queue but the speed of collection is very snail slow. There’s the 100km, 70km, 42km, 21km and the 10km category. There’s a few stalls around selling merchandise and even beer. We decided to sign up for 21km because it’s most of our first mountain trail and we heard that it’s not easy! 😱

Once I wake up I thought gg already, both my thighs are super sore. Must be the sight seeing previous day! Only Chiu Ping, Jeff and me went for the sight seeing but I’m the only one with sore legs. But I can say the soreness is worth it, view is awesome! 😍 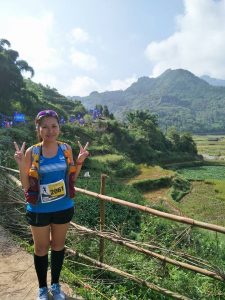 Flag off is at 9.30am on Saturday and we had reach Sapa Square for the shuttle bus to bring us to checkpoint 7 which is like a 10 minutes journey to our 21km category starting point, it is also 21km away from the finishing point for us, the 100km runners, 70km runners and the 42km runners.

While we were waiting for flag off, we saw a few of the top 100km runners running pass already! 😲 They are really really hardcore. They were flag off the previous night at 10pm and that means they had been running for more than 11hours already! 😵 Really respect! There’s more than 800 participants for the 21km category and it’s the 5th edition of VMM which started with only about 100 participants for the 21km. We spotted many runners not with the mandatory items, as they obviously do not have the 1 litre hydration vest with them as they obviously turn up very empty and free which makes us looks like we are overdress. Some just brought drawstring bag and kanken bag, which look like there’s no hydration inside. But I think give me a choice again, I would still bring along the hydration vest because of the risk of getting disqualified. I’ve already made all the way here to Sapa. 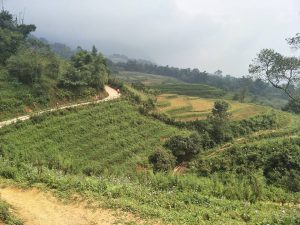 It’s my first time wearing a hydration vest to a run and I gei kiang never go test water first and just bring for the run. Turns out the vest is too big and I didn’t even notice there is size till after I bought the non-refundable item 😅 And gei kiang too when Willis offers to lend me his hydration vest and I said it’s ok I’ll just bring this without trying it on when he brings it all the way to my house for me. 😂After just a few hundred metres into the run I feel that that’s it! The hydration vest is too irritating as it keeps on bouncing on me with every step I run at that moment I really feel like taking it out from me and throw away as so many runners are without the MANDATORY ITEM! But it’s expensive cannot anyhow throw 😂 Guess I’ll just sell it away after this.

I decided I could just walk the whole 21km since Serene and Thomas is walking and I’ll just walk with them plus so many people who seems like they are out here for a stroll in the park can think they can complete, I definitely can complete too 💪🏻 Just aim for completion! 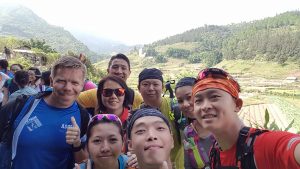 It’s a crazy route and definitely not a stroll in the park like what the race director said before flag off. He also said road runners can estimate to double the time of road run. The route is really tough, with many climbs and it’s so steep. It’s 21km come with additional 1km to 2km free according to our Garmins. Very thankful to Thomas for lending me one of his hiking pole. It’s really handy and makes the incline and descending much easier. If not I would need to buy the bamboo stick that the villagers chopped and sell to us, they can really catch the opportunities to earn money 😆

Though we were given elevation map but I don’t understand how to read but I would estimate it’s like 10km upwards, 10km downwards and 2km flat. Like climbing we know it’s tough, some people can still chiong I really clap clap clap for them. It’s not like training in Macritchie or Bukit Timah Hill is enough or really have to train very very very hard there. Its actually more like trekking already, it’s really tough. Upwards is tough we know but end up downward is tough as well and I really don’t dare to run downslope at all because if I slip, I can really roll down to the bottom of the mountain already 😂 Worst still I may fall and roll like a bowling ball and knock down other runners. We took really small steps when going downwards and I have many almost slips time. Never underestimate the mountain and I prefer safety first. There’s mud, there’s cow dungs and at some parts I can’t really tell which is which 🤣 But what’s makes it all cancelled off is the beautiful scenery! It makes the whole trip worth it! 😍

The weather is not exactly awesome, it’s not really cooling just a little bit cooler like 25 degrees or maybe because we are moving I’m sweating a lot just walking. But I’m grateful it didn’t rain. It’s sunny most of the time and after the the completion I’m many many shades darker 😂 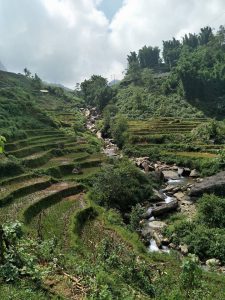 The whole route is beautiful as we pass by small villages with beautiful scenery of paddy fields and also some other agricultural farms like corn, pumpkins and also rearing if pigs and chickens and must be many more other things just that I didn’t notice. There were many animals along the way, saw oink oink, meh meh and many chickens, ducks and water buffaloes along the way. 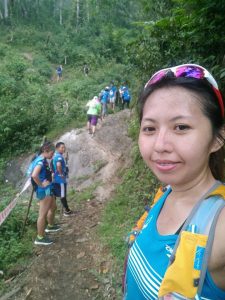 Some parts of the route is really narrow and we stand aside and give way to the more serious runners, it’s the same route that the 100km/70km/42km runners who will pass by as well. Can said we can identify the runners who are doing more that 21km easily by the mud on them 😆 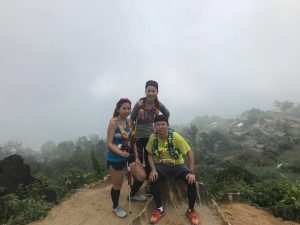 We took 7 hours to complete but I don’t really feel this long, I’m still generally in good mood, not grumpy or not cursing and swearing in my inner self and suddenly it ends. My legs were fine. It’s the same as I started. Maybe because we were enjoying the scenery, chatting and walking throughout the entire distance which makes it much easier. It’s tough route but it’s because we take it slow and easy. 😊 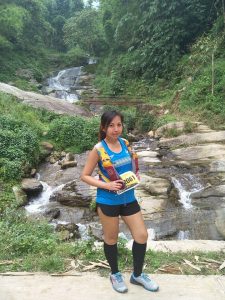 It’s an awesome experience but maybe once here in Vietnam is enough but who knows maybe I will just sign up again but there’s so many other places out there in the world to explore and I look forward to explore more trail and mountain marathon! 😁 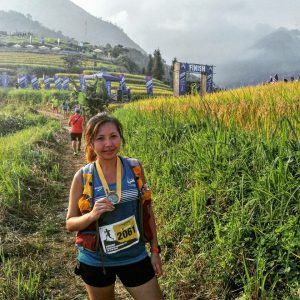 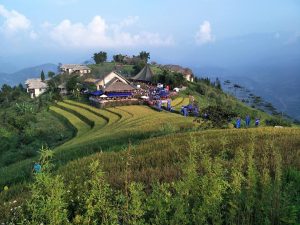