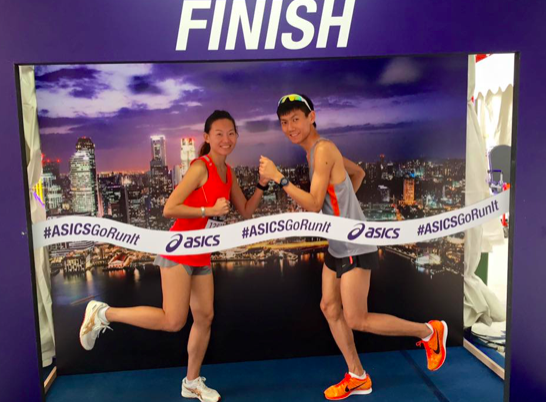 Jie Shi – Hello everyone! I am Jie Shi. By day, I work full time as a HR & Admin Manager. By night, I train with ActiveSG Athletics Club, headed by Mr Steven Quek. Some would know me as the “accidental Olympian” who unexpectedly qualified and competed in the Rio Olympics marathon event last year. Running is my favourite pastime and over the years, it has become a way of life. I hope to continue to improve my running and be able to run into my golden years. 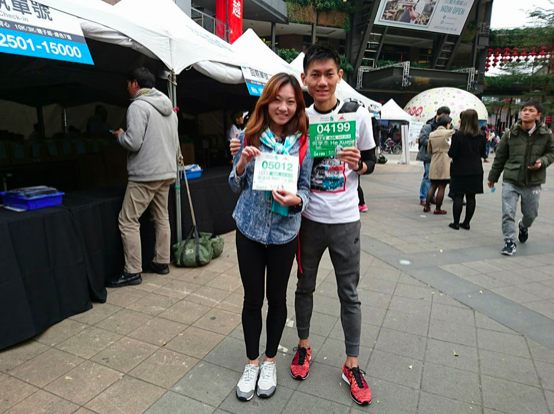 Jackie – Hi everyone! I’m Jackie. I’m a running enthusiast, and would consider myself a geek when it comes to running footwear & technologies past and present. My job sees me retailing one of the biggest sports brands in e world.  Running has become a way of life for me, and for us. Training & at the same time tapping on the vast knowledge of peers around who share the same passion, I too hope to be running into the later stages of life. Literally.

Jie Shi & Jackie – We met after the Standard Chartered Singapore Marathon in December 2010. A group of SAFRA members from Jurong and Mount Faber running clubs gathered for a photo after the race. We didn’t chat at all then (probably too shy or tired from the marathon=p) but this group photo which was subsequently uploaded on Facebook, led to us adding each other as friends. We started chatting on MSN and then meeting up for runs and dinners and soon started dating.

JustRunLah! : When did you first pick up running (what age) and what inspired you to do so? 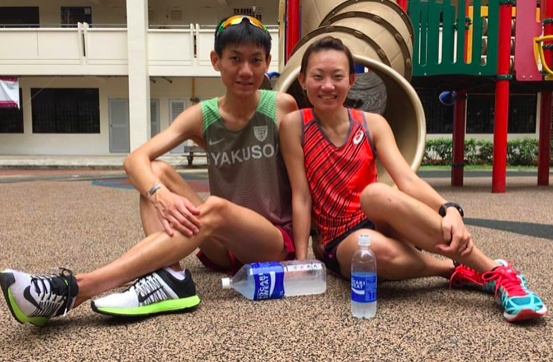 Jackie – Running began as a form of self-discovery for me, at the same time keeping up with fitness preparing for NS. That was when I was about 20 years old. On the computer, I would plot maps/routes, exploring places I’ve never been before as my legs would take me.

Jie Shi – I picked up long distance running when I was around 20 years old too. I moved into hostel while studying in university. I started running around NTU campus with my hall mates to keep fit and to de-stress. One of them suggested signing up for SCSM half marathon so that we have a goal to work towards to. I completed my first half marathon within 2 hours that year. Finding this a challenge which I relish, I went on to participate in the full marathon the following year and have not looked back. 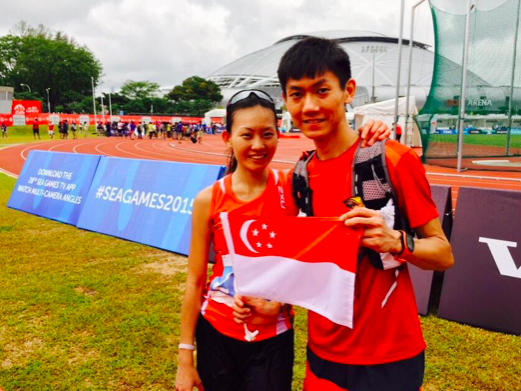 Jie Shi & Jackie – The greatest reward is definitely the friendships forged and camaraderie shared with like-mined friends from the SAFRA family, ActiveSg Athletics Club and our weekend warriors running group. From strangers, to training partners to friends, it’s amazing how running has brought us together.

JustRunLah! : What is your mantra for when the going gets tough in a race? 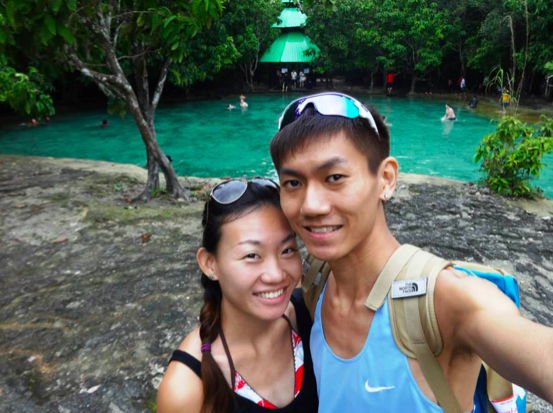 Jie Shi – Embrace the pain. It’s going to be all worth it at the end. 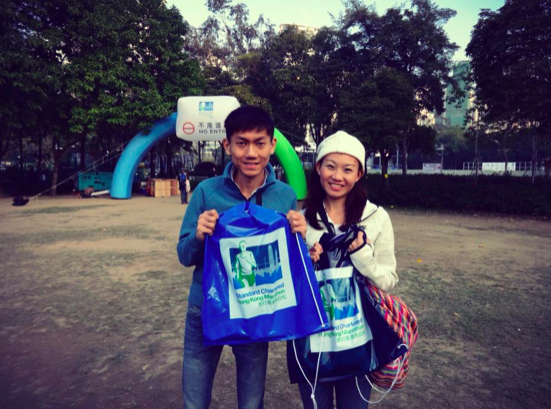 Jackie – Me vs. Myself