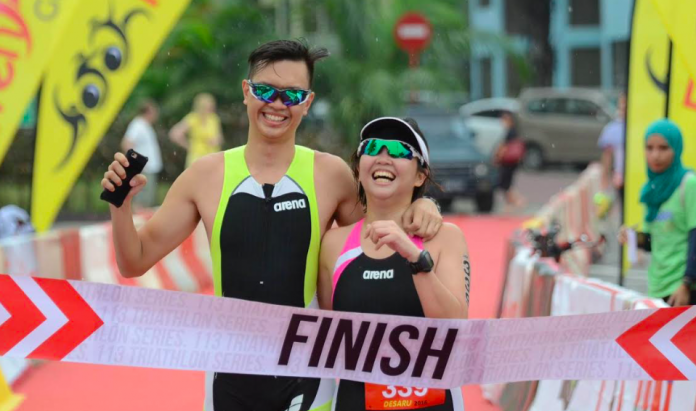 Neyton – My name is Neyton Tan, also known in my alter ego as Spiderman. Usually you can spot me at races wearing a full spiderman suit, and I’m regularly accompanied by my lovely Mary Jane. I run with a group called Superhero Runners which is a very inclusive group of like minded people with the intention to improve themselves.

Rica – My name is Rica Sidharta and my usual running bib name is Mary-Jane Tan. I am a leisure runner and support crew for Spider-Man.

Rica – We were actually colleagues. Because we worked shift hours, we ended up spending a lot of time together when other friends were working and that’s when we started doing sports together.

Neyton – I would say that we had many common traits and sports was one of them. We eventually completed not just run races, but also triathlon races together as well.

JustRunLah! :When did you first pick up running (what age) and what inspired you to do so? 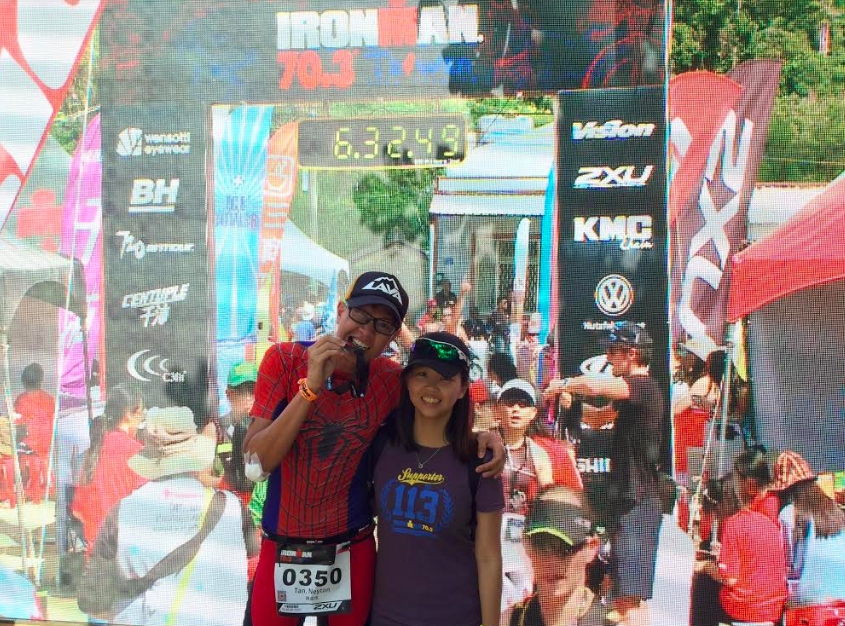 Neyton – I started running since my army days, where it was compulsory to do regular 5k runs as part of training. I ventured into longer distances and completed my first marathon in 2008. Over the years of running, I began to venture into triathlons in 2013. Till date, I’ve completed 17 marathons and 3 half Ironman distance races. As I continue on my journey in running, I began to discover my alter ego as Spiderman, running distances from 5, 10 to 21km with the suit and do so to inspire other runners to run along side or faster than me.

Rica – I only started to run longer distances (> 4km) when I was 27. I used to hate running (til now I still don’t like it that much – haha). But I acknowledge the importance of running and Neyton has been encouraging me to do better every time.

Neyton & Rica – it’s motivating to see each other especially during grueling race. We always make a point to go at least for one overseas race together (either run or triathlon) per year.

JustRunLah! : What is your mantra for when the going gets tough in a race?

Neyton – “You are your worst enemy, beat yourself to discover the potential in you! 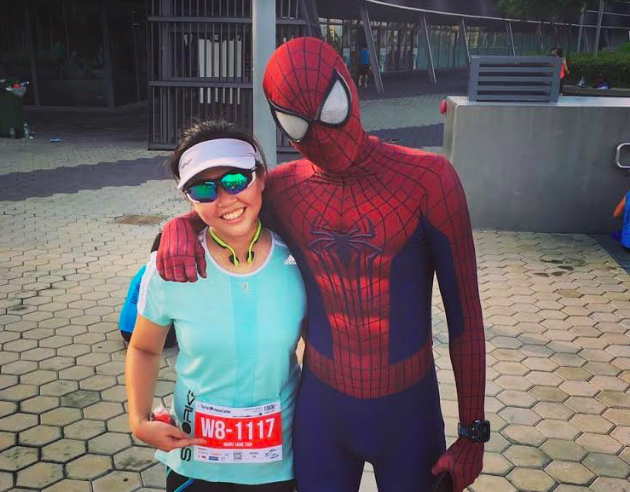 Neyton & Rica – it’s really much easier to train together as a group than as an individual. I can only run for 4-5km when I’m alone before I got bored and stop but I can run much longer (and faster) with a group. Run better together!

Neyton – every breath of air that you breathe in.