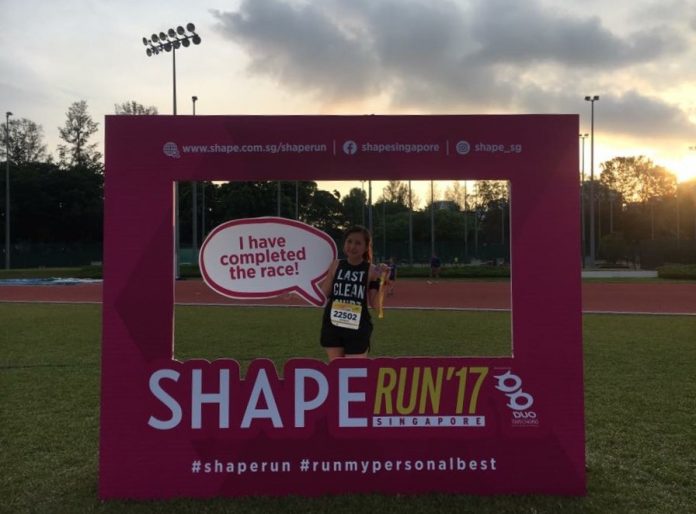 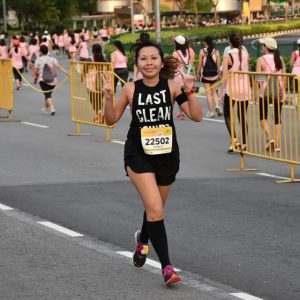 Collected the race packs within minutes on the 2nd racepack collection at Leong Huat Building just the day before race day.

It was raining while I was on the way. Just nice when I reach the race site, rain stopped 😊 Deposited my baggage with no queue, go to the portable toilet with no queue and look for start pen already as just nice the start pen is about to open. But was wrongly directed by the marshals with the entry to the start pen, quite a few or us were directed wrongly and I seriously walk to and fro 5 times at the same path before I finally get into the start pen. It’s still ok, not a big issue just some miscommunications but some runners is not very happy about it. The marshals is very nice and apologetic.

My heart was beating very fast while I was in the start pen, the same type of feeling like I was sitting for examinations in school. The emcee was saying something about #RunMyPersonalBest and then I realised isn’t that what I came for? I was aiming to run my personal best! 😍 But sometimes I don’t want to stress myself so much because anything can happen during a run and had happened to me before such as cramps, stomachache and feelings of nauseous etc. Just run what I can as safety and health is the most important thing.

It’s so nice to see many runners I know along the way 😊 I was constantly thinking about my breathing the entire run, remember to breathe by nose instead of mouth because I think I’ve read somewhere about oxygen is more taken in when we breathe by nose. Physics and biology in running is real. Anyway, I started out too fast and end up my pace was slowing down till the end of the run. The 60 minutes pacers were constantly behind me every time when I run through a u-turn, I will see them shortly. They were like give me constant stress of not falling behind them 😆 It will be good if they have faster pacer group to chase. It’s awesome when we crossed the finish line, a few of us high-5s and congratulate one another 😊 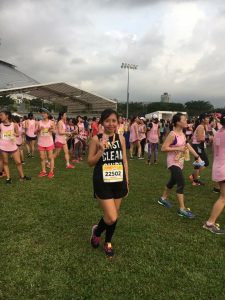 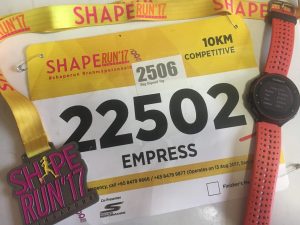