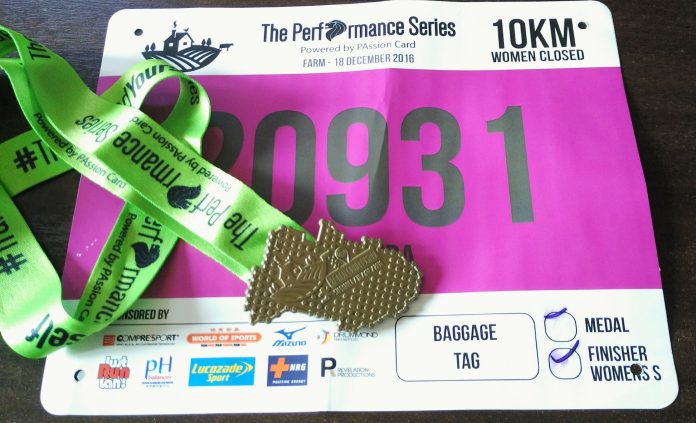 This is my first 10KM race as I have never taken part in any races lesser than a half marathon.

What attracted me to this race is the location. I have always wanted to run at Kranji Countryside but I reckon I will hardly get a chance as it’s too far from home. So this is the perfect opportunity.

As there was no shuttle bus pick up at AMK, I had to buy the Bishan ticket. Woke up at slightly before 4AM to eat some light breakfast and intended to jog to Bishan’s pick up point. But guess what? It started to RAIN right after I stepped out of the house! I was a little panicked on how to get to the pick up point if it’s raining like this. I sat down at the bus stop and observing the rain to see if it was getting smaller. Time checked and it was already 4:40AM and I started to ask myself: should I go back to take an umbrella? Or should I hop onto a taxi? The answer for both was a NO. How to handle the umbrella later? Throw away or deposit into the bag drop? I don’t have the habit to bring a bag to race so I have never made use of baggage deposit service.

I decided to just follow my original plan. I ran there. I didn’t want to miss the shuttle bus. And yes, I ran in the heavy downpour all the way to Bishan. It took me just 10 minutes though, but I was soaking wet from head to toe. I saw people who were already waiting there, they seemed to be dry. I was the only one who was so wet. Shuttle bus arrived at 5AM and I boarded the bus. Reached Kranji race site at about 05:35 AM, rain had turned to drizzles. Walked for about 500m to the event site and waited for flag off. I was quite uncomfortable as my whole body was wet and my shoes were soaked.

I was also checking for updates from The Performance Series facebook posts and was informed that the flag off time has been changed to 06:45 AM. But eventually flag off time was changed again to 7.00 AM. I understand that some people were unhappy about the delay. I heard there were many people still stuck at Turf Club as there was a long queue for the shuttle bus there and it was quite chaotic. So I guess that explained the delay in the flag off time. I was OK about it, I guess we have to be gracious and understanding as the organiser was trying their best to manage the situation and get everyone to the race site before flagging off. Nobody wants a heavy downpour on race day!

I was feeling quite cold while waiting for flag off and finally, flag off happened at around 7:05 AM. Initially I thought I was able (hoping) to run a PB today but as I was trying to run faster, my heavy wet shoes were dragging me back. Sigh. It was difficult to run with soaking shoes. So there goes my PB. 🙁 I was practically dragging my feet.

Eventually finished the race with this timing. 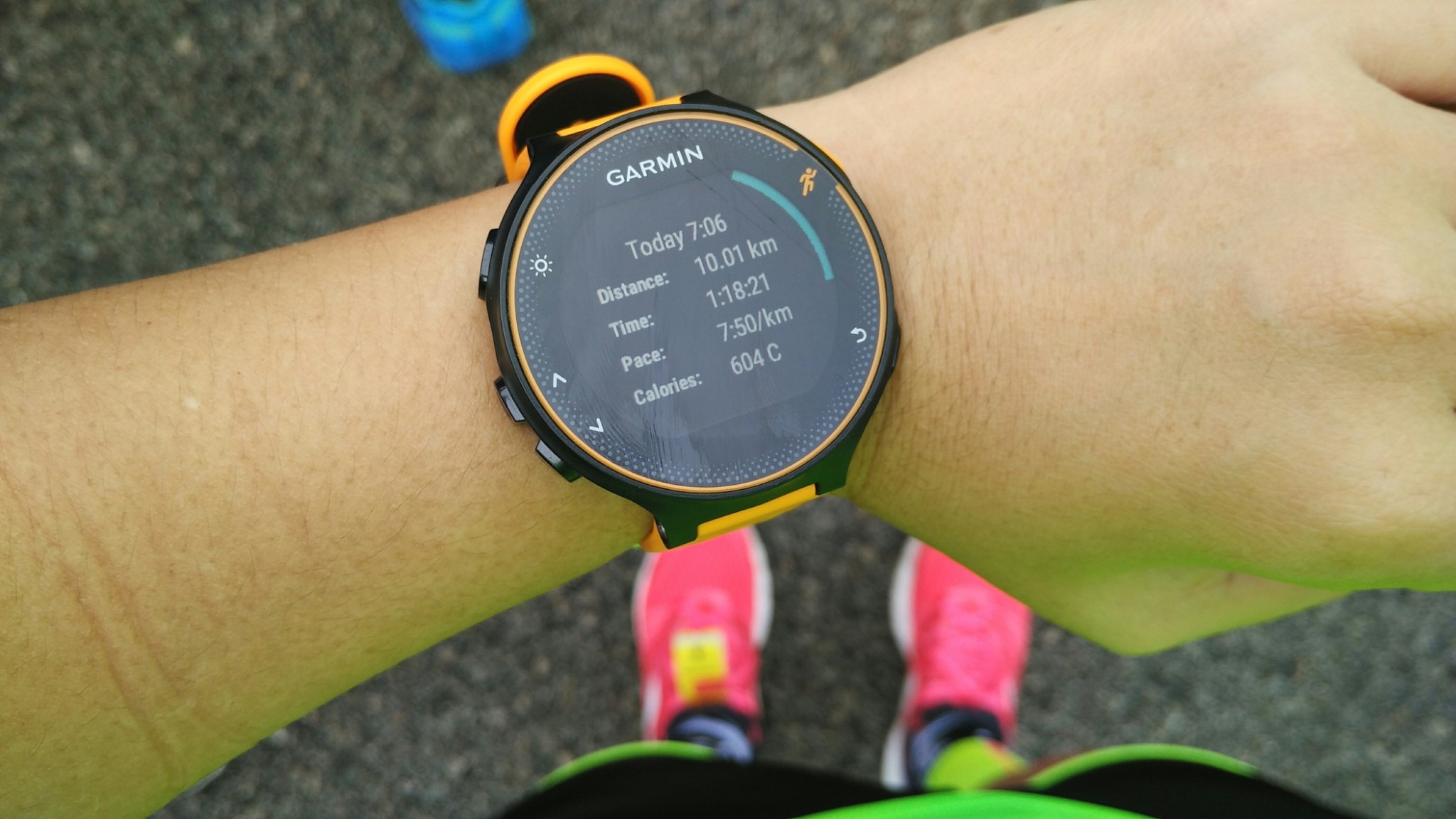 Not too bad but also not something that I can be proud of too. Nevertheless, still thankful for a cooling weather to run.

The free shuttle bus from event site to Kranji MRT had a very very very long queue but moving at a reasonable rate. I was able to board the bus at around 09:26 AM. It says free shuttle bus was available from 0730 – 0930 AM. I was wondering so what will happen to those people still queuing behind? Definitely they would not be able to board the bus before 09:30 AM. Maybe they would extend the timing to shuttle more people to the MRT? They should, considering the flag off time was delayed in the first place.

When I was sitting in the train, there was a lady who came in and sat next to me. Immediately she looked at me and moved one sit away. I knew I smell. Who won’t smell after soaking in rain water and then again in sweat??? Subsequently there were more people boarding the train and sat next to me and I decided to move away instead. I didn’t want to cause another stare. I was standing and then another lady came in and stood next to me (again). She too gave me a stare and moved away. It was quite embarrassing to be so stenchy especially in the train. But I couldn’t do anything until I could reach home and have a bath! Urgh! 🙁

I would not be able to piece all the medals to form a Singapore map because I only have one medal. Happy for many who have finally completed all 5 races and can now piece together the puzzles into the map of Singapore. 😀

This was my most difficult race ever, running in soaking wet clothes and shoes. Anyone else suffered the same plight as me?