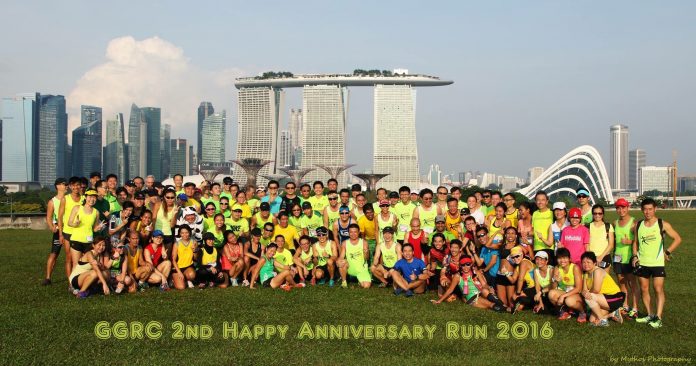 Happy birthday Gei Gei Running Club! 😄 So happy to be able to join Gei Gei Running Club in this celebration run as I’ve already missed a couple of their runs such as the Coconut Relay where runners dressed up in school uniforms and run a relay in a team of 4 and the Majullah Singapura Run to celebrate our nation’s birthday. Seeing the photos uploaded on the events is clearly evidence that I’ve missed out loads of fun 😔

There were different themes for the past runs each time and all my past experiences running with GGRC are all runs that were very enjoyable! It’s definitely so much more than simply running 😊 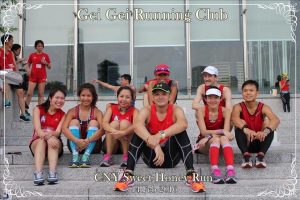 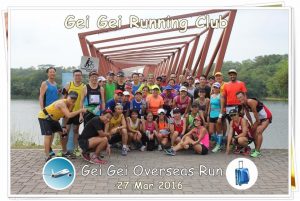 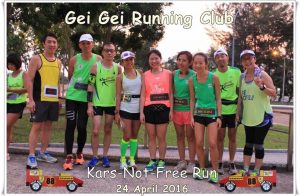 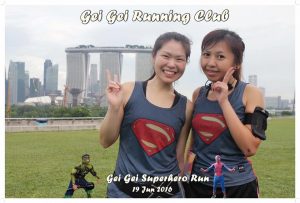 Really not simple and easy to organise a running event accommodating almost 200 runners. Want to thank all the sponsors for the lucky draw, refreshments and food, the volunteers, the photographers who always comes up with beautiful photographs for us to keep as memories and the organizers for coming up with this awesome run and best of all, it’s a free run 😊 Which I’m really starting to cut down on signing up for runs that needs a fee. And who need medals and finisher tees when all you can gain is loads of fun, laughter and memories? Ok, don’t say too early. I will want medal and finish tee for Income Eco run in April next year if I’m going 😅 But so nice that people can choose to opt out of medal and finisher tee to go Green and support Green. 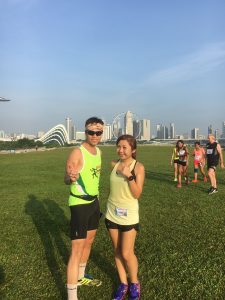 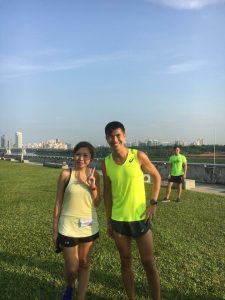 Manage to get a photo with Dr Ashley Liew, an elite local marathoner who represented Singapore in SEA games and the first local athlete recently awarded with “act of fair play” displaying true sportsmanship in SEA games 2015 😍 Went to “CSI” him a little on Google just now 😆 Not only tall and yandao, elite marathoner and some more is a doctor. 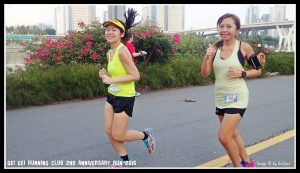 Luckily I have Sabrina to go with me to this run as a lot of my friends are doing the Swissotel Vertical Marathon and the Pasir Ris Park Family Walk-A-Jog.

The dress code is to wear green or yellow and the meeting point is at Stadium MRT at 7am on a Sunday morning when I can actually rot in bed but I would very much prefer to attend this run though I only slept like 4 hours as we had a BBQ at Serene’s place the night before 😊 Ok, it’s not the BBQ gathering that causes the insomnia, maybe is because I’m pretty excited that I may be going to Hong Kong Standard Chartered Marathon next year as a FIRST SOLO TRIP which I’m quite scared because I have never travel alone and at the same time, I would also clearing one item on my bucket list: Bungy Jump at Macau Tower 😆 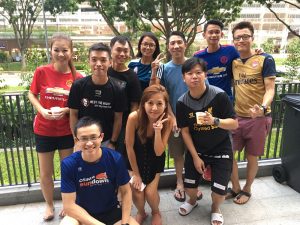 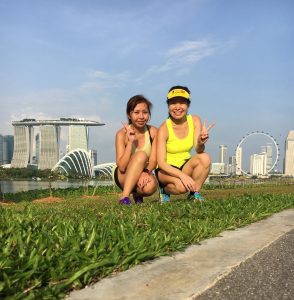 The route is from Stadium to Marina barrage and back to Stadium about 8km, a part of the familiar scenic route for many runners who goes to the races 😊 Its really lovely and always reminds me of how fortunate I am to be in Singapore. It’s amazing how life is. Out of so many things, I could be an ant, a giraffe, a fish or a bird but I’m born human this life for don’t know how many more years. I could be elsewhere on Earth, on this big planet, but I’m here on this small little dot. We just need to appreciate, treasure life and people we come across. 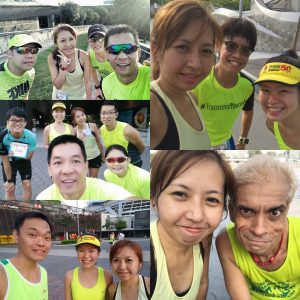 As always, the runs organised by Gei Gei Running Club is full of fun and laughter and simply many nice and friendly runners. After the run there’s good food and refreshments, lucky draw with really good prizes and many gorgeous photos 😊 The runs organised by GGRC is really the only runs as comparable to Newton Challenge after run refreshments for the runners 😆 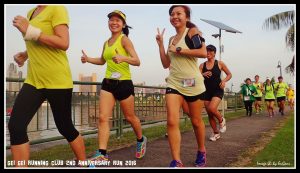 Thank you Sabrina for the chit-chat run with me, think her entire life didn’t run run walk walk as slow as this 😂 Talking and running at the same time is really not easy 😅 Already looking forward to the next run with Gei Gei Running Club! 😊 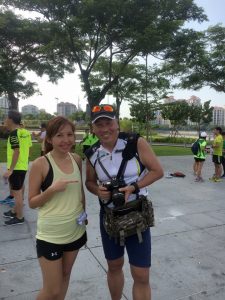 (With David Tan, one of the photographer who always captures beautiful photographs of runners at the running events. Thank you! 😊)

The time I used to run 5km, somebody can run 10km. A half marathon no matter what is still a half marathon. Whether you used 1hr17mins to run 21km or you used 3hr59mins to finished it, 21km is still a 21km 😊 Got a lot of nice photos during the runs and these are some of it! Thanks so much to the Photographers for their passion in running and photography that I have such memorable photos 😊 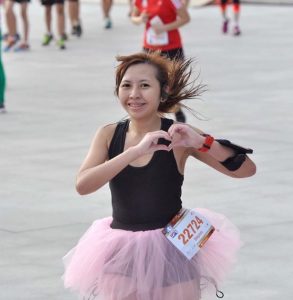 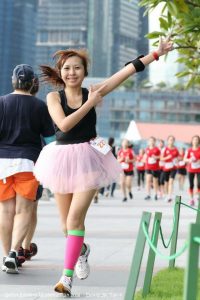 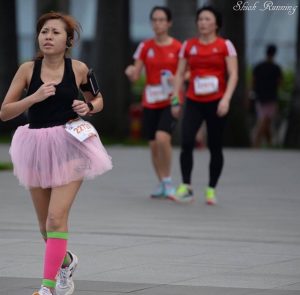 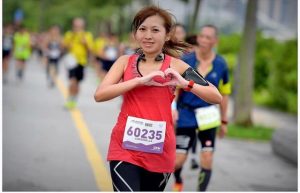 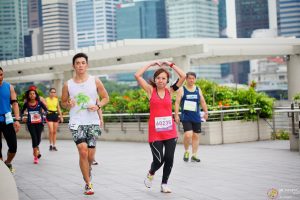