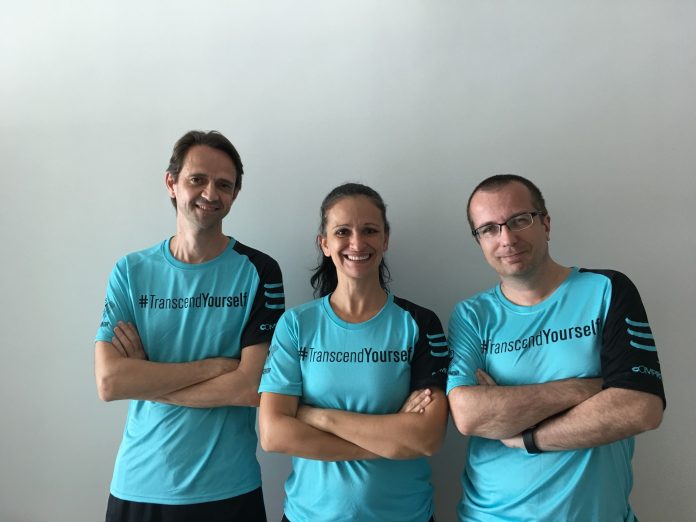 Hard to believe we’ve just completed the fourth Performance Series race. The months are clicking by with each race in a different location and the fourth one on my home grounds.

Held at Bedok Reservoir, John, Remek and I opted for the first wave at 6.30am. It was close to home and it meant we would be done by the time the sun woke up. Except there was no sun, just the threat of rain and distant thunder whilst we were waiting to be flagged-off.

As the threat loomed, I fiercely hoped for the run to start. I did not care about running in the rain but I did care about the race potentially being cancelled. It would have been a huge disappointment for the series.

Off we went right on schedule with a very very light shower and distant thunder in our midst but only a couple of kilometers into it the sky opened up and the rain turned into a downpour and the thunder was awfully close.

Regardless of the situation, I was for the first time in a long, long, long time having a good race. I was happy with the pace I was maintaining perhaps because the weather was cool and perhaps because I have been training four times a week for several months and it was finally paying off.

Running around the reservoir was pleasant, although I did not particularly enjoy the fine gravel path that was so much of the route.

Around the fifth kilometer i was surprised to see one of the shelters filled with runners, although we were back to a light rain. I figured, “Great!! I’ll be ahead of all of them”. Unbeknownst to me, since none of the marshalls flagged me down, the runners were redirected to the shelters as a safety precaution. According to the TPS organizers the NEA advice was CAT1: Lightning detected within 1 km radius of sector which meant all runners had to be re-routed off the racing course and into shelters.

Anyway I continued on my merry way thinking if I keep this up I’ll most likely have a new PB on a 10km distance, until my route was detoured and found myself running through the Start line with either side of the path flanked by an endless sea of blue tees just standing around. Certainly by now I realised something was amiss and not quite right till I reached what seemed like the Finish line and a marshall who directed me off my course because my wave was cancelled part-way. I had just reached 6.5km, “Nooooo!!!” is what I thought thinking I was finally have a good race. Anyway, I stopped my watch, collected my medal and joined John and Remek, who were both just as disappointed.

Now here’s the clincher. John and I were registered for a 21 Day Virtual Run Challenge. The TPS 10km race was on the last day of the challenge and was meant to get us to the 100km that we had as our target. With our wave cancelled, lo and behold we were 3.5km short for our challenge.

What did we do after our race, you might ask? Got in a cab, went home, walked straight rough our condo to the back gate, walked through the underpass onto East Coast Park and went to finish that 3.5km.

So we partially completed the fourth TPS race and our 21 Day Challenge. We were well rewarded with a couple of coffees and the cold Coronas were not too far behind.