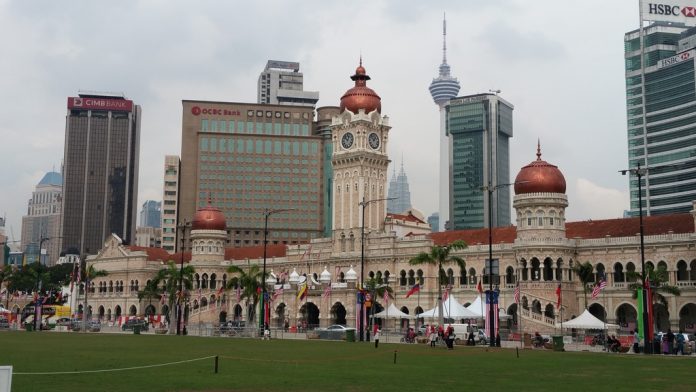 For all my overseas runcation every year, this year’s race was set to be in Kuala Lumpur, Malaysia – Hari Sukan Negara (HSN21km). Hari Sukan Negara, also known as “National Sports Day”, is the first of its kind and this year being the inaugural running event, HSN21km was organized in conjunction with Hari Sukan Negara. Why I have chosen to run a 10km in HSN21km is the location of the starting point. Its close proximity to the city and the hotels within walking distance to the start line are abundant, no short of good food and great shopping at Petaling Street (Chinatown).

This mandatory yearly runcation affair was made possible with the usage of my “coins piggy bank” as this year’s budget was relatively smaller than other years so I thought I’d compromise by cutting down on the travelling expenses (took a coach to KL). More on the detailing of costs for the trip later.

My race pack was arranged with organizers to be collected on race day morning via email. It consisted of a running T-shirt and a bib.

Start line of the race was at Dataran Merdeka which was 3 minutes walking distance from the hotel I stayed in. A nice and open area selected as its not only big enough to receive the turnout but also the roads were wide enough to marshal in the waves of runners. Although I have to say, the participants weren’t as many as I thought it would be.

We were treated to a dance performance at the start point to perk us up. Music was loud and had everyone pumping. And off we go! Running for the first km or so was normal and something really surprised me about the way runners were behaving on this run. Runners all kept themselves running within a single lane on the expressway despite the entire expressway being closed on certain stretches of the race route. Take note: these were “live” expressways with cars speeding at 110km/h or faster and that is one hell of a bunch of disciplined runners. Unlike Singapore, when the roads are closed, runners occupy every single lane on the road. Please remember – we do not own the roads and must always run with caution. Organizers cannot ensure our safety at all time and it’s up to us to look after ourselves. Running safely is a habit and not a privilege.

On and off the expressways, we also ran into private estates where hills were a killer. Fortunately, there were more down hills rather than up hills. I made up for the slow time spent on up hills by speeding down the hills.

Overall, the race was a well organized one with some historical sights to be embraced. Race medal is heavy and of good quality metal.