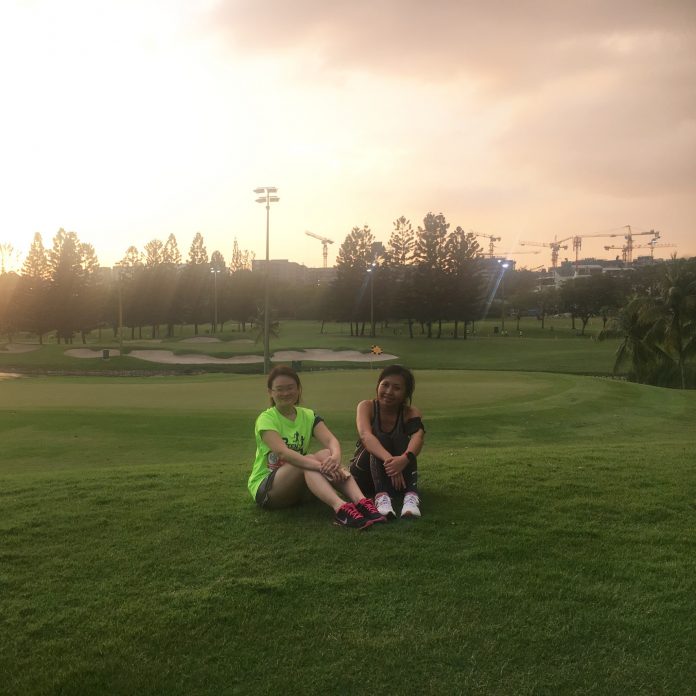 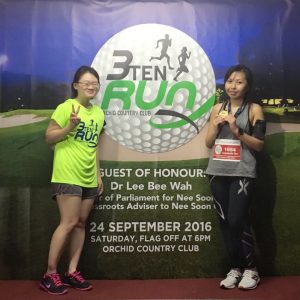 Thank you JustRunLah! Though I was given a slot from JustRunLah! to register for a team of 4 for Asics Relay that is also happening at about the same day same time, I decided to go to OCC 3 Ten Run instead though many of my running friends are running the Asics Relay. Though its possible, but I’m not that hardcore enough to run OCC 3 Ten run then rush down to run Asics Relay 😅 I registered for the OCC 3 Ten Run as I have won the race slot from Facebook contest! 😊 I’m rarely lucky to win stuff and I need more luck in life too 😁 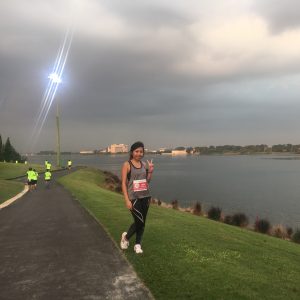 Decided to run OCC 3 Ten Run instead of Asics Relay is also because the venue is just 5 to 10 minutes walk from home 😆 Think it is the second OCC Golf Course run ever. Can’t remember how come I didn’t sign up for the run the first time it held last year but isn’t it also interesting and unique because its running on a Golf Course, which is out of the norm unlike running in sports hub, ECP or the CBD area? 😁

It’s my only running event in September. I’m cutting down on running events unless I really want to run it. Need to save up to get a pole to install in my room. Pole is getting tough and feel like giving up but I’ve already come this far, shouldn’t give up like this. So I choose the option that I should get a pole and practice more. Can’t believe that a freaking pole with a brand and made of chrome will cost $500 😑 But I’ll rather be safe and get an authentic pole than break any part of me then feel sorry.

My friend came over and put her bag and we walk to the race venue together and went directly to the start pent. It is a small running event and there isn’t a lot of runners and the flag off is on time, flagging us off by the MP of Nee Soon South, Dr Lee Bee Wah. Overall, I’m a happy resident in Nee Soon South 😁 She is always so smiley, very nice and supportive, manage to get a photo with her 😊 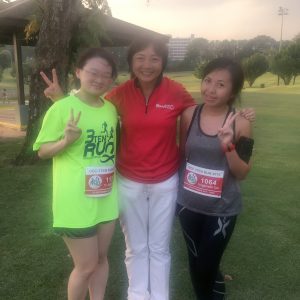 Though I’ve already expected that it is gonna be a lot of slopes and it’s a hilly course as we are running on a golf course but I’m seriously having a great time chatting with my friend, YiJing that I don’t feel any up slopes at all. Destiny and fate can just appear out of no where when you least expect it to. Really happy for her as it’s just beautiful like a fairytale 😍

As YiJing seldom run, we were going very slow that people who walk may also be faster than us 😅 But we are just happily chatting and updating each other with what’s going on with our lives and of course we stop very frequently to take photos when we spot a nice view! 😆

It was funny at first because I was telling YiJing about what is printed on the back of the event shirt, “Singapore’s First Night Golf Course Run!” Shouldn’t it be considered as evening run since it’s 6pm at the time of flag off? 😅 Or last year it’s a night run because this should be the second year? 😅 But we were really going so slow that we took 1hr45mins to complete the 10km run and by the time we complete the run its already dark to be considered as a night run 😆 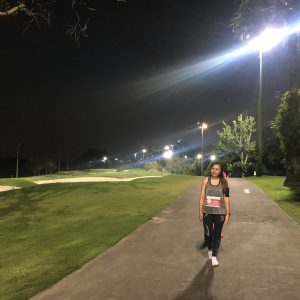 Although sometimes it is still quite hot and sunny at 6 plus in the evening but today is a perfect day to for running! Although at the beginning the sky is threatening a little that it may rain but luckily the weather is perfectly fine. There’s wind and I don’t feel hot and humid at all 😊 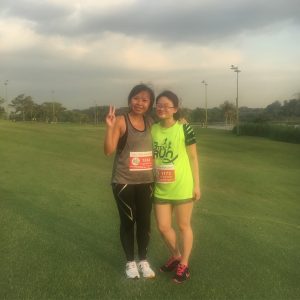 There is only 2 hydration points at about 3km and 5km but somehow maybe it’s either I’m in a good mood or its a free run for me or think my expectations on running events is getting lower because I don’t really mind anymore with the water not being cold and we were just given plain water and no isotonic drink at all. Since I don’t really drink a lot of water when I run so it’s ok for me but maybe not for other runners. I survived last time running a half marathon distance from Yishun to Punggol just drinking from one of the water cooler from Punggol waterway what 😂 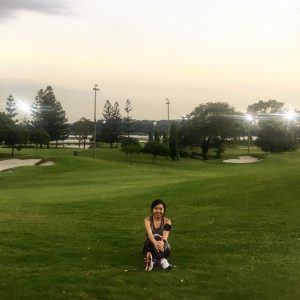 Overall, I really enjoyed the run because the scenery is beautiful, with the well taken care of green grass patches, seeing the reservoir and the ponds in the golf course 😊 It’s just therapeutic 😊

Golf is never my sport, and I knew nothing about it except Tiger Wood scandal and the objective of the sport is to get the golf ball into the hole. It also seems like a “atas” sport. Though saw some “interesting unknown golf related stuff” along the running route but didn’t find out more. Other than playing golf once when my primary school brought us to, think I’ve only played golf with my nephews with their toys that is made suitable for 3 years old 😂 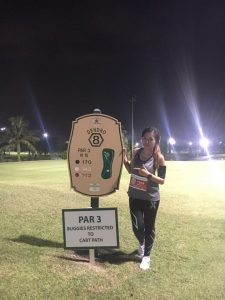 The volunteers are all very supportive and cheer us along the way especially the volunteers at the last 500m to the finish line, telling YiJing and me just keep going it’s only 500m left. The first thing I asked them is: Still got ice cream or not? And they cheered even louder for us to run for the ice cream 😆 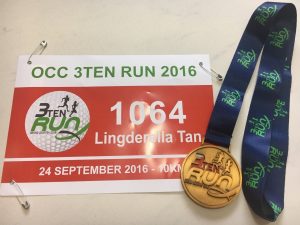 Luckily by the time we end our run there’s still some ice cream left and the lucky draw prizes is good, YiJing is lucky that she got a prize from the lucky draw 😁 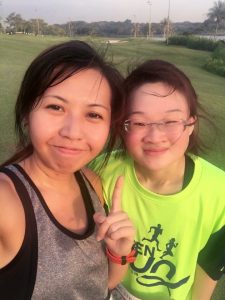