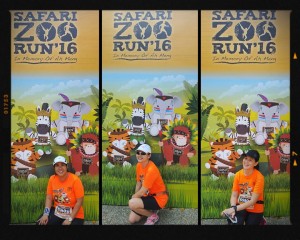 The atmosphere at the zoo was lively, everywhere was buzzing with activity and excitement. I like how the organisers had catered enough restrooms for everyone as the queues moved really fast! We took some shots around the zoo entrance area before making our way to the holding pen. It was like a sea of orange at the START Point. We did our warm up exercises while waiting for the flag-off. We were in the first wave and were promptly flagged off at 0730hrs. All the runners enthusiastically raced forwards. As this was not a competitive event, the crowd was not aggressive at all. I like the fact that it was a relaxed atmosphere! 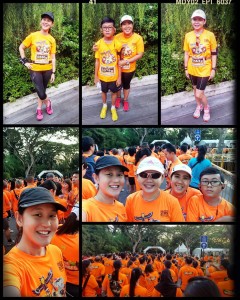 The initial route was easy with lots of down slopes. Surprisingly there was not much of a bottle neck and I managed to get away from the crowd after the 1.5km mark. The route was well planned but it was really challenging because of the hilly terrain of the zoo. Here are some of the things that I loved about the route:

The difficult part was nearing the FINISH point, there lots of up slope but it was a good challenge and workout! As I neared the end, I could hear cheering and I was greeted by two of the Safari Zoo Run Mascots. I gave it my all and finally I crossed the FINISH line! I was promptly offered a drink as I moved to a holding area to wait for my friends. I like that we could stay around and not be chased away and take photos of the friends who were just finishing the race.

Once all of us had completed, we made our way to the Runners Entitlement area which was near the carnival area. That was quite a distance away but along the way there were nice photo boards and mascots we could take photos with and capture the memories of our first Safari Zoo Run. The collection of Finishers medal, drink and banana were done in a fast and orderly manner! Once that was done, we rewarded ourselves with breakfast at the Ah Meng Kitchen. After breakfast, it was the moment that we were waiting for, the zoo visit !!! 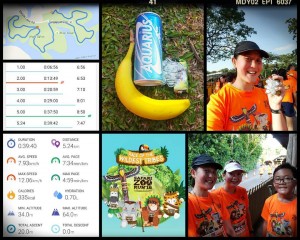 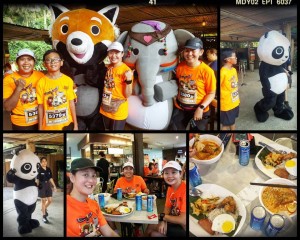 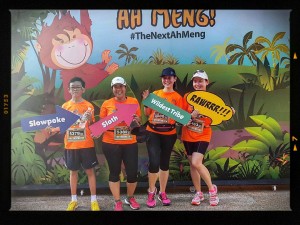 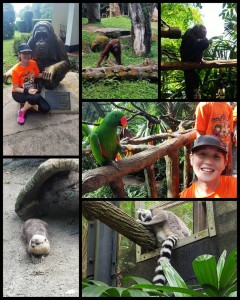 Overall I had a fantastic first experience of the Safari Zoo Run and I really enjoyed every moment of it. However, I do have some suggestions for future runs.

I do look forward to the next Safari Zoo Run in 2017 and would definitely recommend it to my friends.