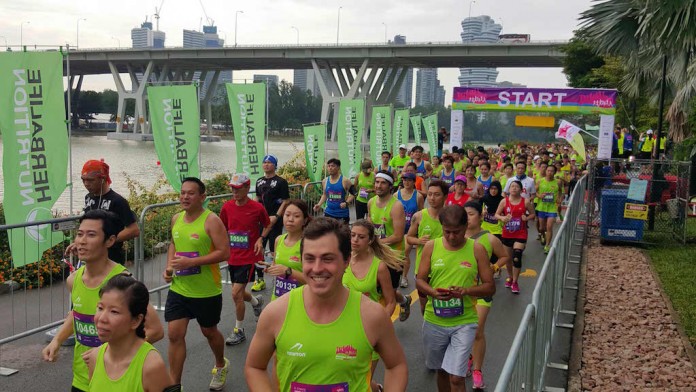 Despite the rainy weather the past two days with the occasional showers and drizzles, weather was surprisingly good and cooling for the Marina Run 2016. The Marina Run is considered to be one of the most scenic half marathons & 10Km race in Singapore, bringing together spectacular river front views and quaint waterfront communities. It was a good race to start the year for most runners, especially after the Chinese New Year holidays. While runners were crossing the finishing line, fireworks were also launched as a mark for celebration.