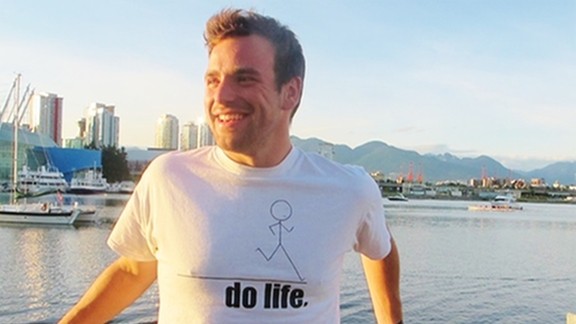 At the age of 22, Ben Davis weighed over 360 pounds. Depressed, addicted to food and morbidly obese, he eventually decided to take control of his life and get healthier. He started to run. He experienced not just nipple-chafe, that endearing long-distance companion, but actual bloody nipples and excruciating showers. But these did not stop him from reaching his ultimate goal. He went on to complete a 5K, 10K, and eventually the prestigious Boston Marathon in 2010.

“You don’t love running when you first start because it hurts. Your legs hurt, your lungs hurt. But once you make the decision and start to move forward, you become a different person.”

Watch Ben’s 120 pound transformation and be inspired to make a change to your life too: