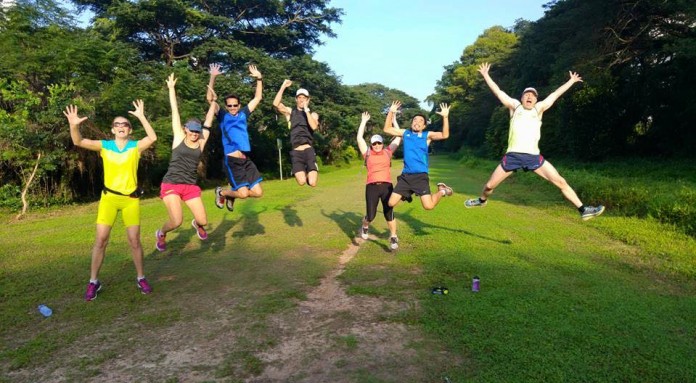 I may sound like an eager-beaver or seem like a kid in a candy store but I’ve waited eight months to do even a small portion of the Green Corridor.

Initially registered for the 2015 Green Corridor race, it took place a week after my nasty ankle injury during the Urbanathlon and with that I figured I have to wait another 12 months till the next Green Corridor official race.

Thankfully for one reason or another Team Costa Green Corridor run kept being rescheduled and just as well given how keen I’ve been to run this area but unable to for months due to my ankle rehabilitation.

Keen and willing I joined the usual suspects, Chris, David, John and Michelle along with newbies Angela, Cindy and Sven. 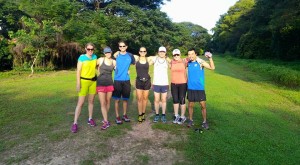 Starting off at the Silat Walk entrance the group quickly broke off into groups with relative running skills.  Group 1 consisted of Chris, David, Michelle and Sven.  As 5/km pacers they took off and left the rest of us in the dust.  Angela and Cindy were Group 2, who maintained a casual and easy pace, whilst John and I walked a couple of kilometers till he found an exit and left to meet us at the end.

Left on my own with a camera is never a good thing.  Just like Fort Canning, I was easily distracted  by my surroundings and instead of focusing on running it was always “just one more pic”.

The Green Corridor was my first trail run and I found myself in two minds.  One that it was fun, interesting, challenging and on the other, tough on the legs, not sure I like it, why did I think this was fun?  The challenge was more because I had to watch my ankle that is about 80% repaired or maybe it was those really thin trails gouged into the earth by bicycles.  Either way, I remained on the fence on whether I liked running trail or not.

I did however sign up my family for the 5km Compressport Rail Corridor race and it’s a great way to get my 7 years old kid to experience the corridor whilst getting a shiny medal at the end.  John and I are also committed to the 10.5km Green Corridor.  How could we not; it’s the Grand Finale and the face of the Green Corridor will be forever altered once the Murnane pipeline has been constructed.

What I enjoyed the most during this run was my green surroundings.  Best described as “a mix of secondary forest, grasslands and small scale farms, interspersed with railway bridges, preserved railway stations, canals, streams and marshland”, this thin rugged piece of land runs North to South right through the heart of Singapore for a total of 24km.

It’s quiet, it’s green, it’s lonely whilst all along I am running alongside a major road on one side and HDB flats on the other.  Yet you think you are in the wilderness.  A very green one.

I was utterly surprised when I came across the first lot of graffiti in Singapore.  Then Angela informed me that there are designated and approved areas for graffiti.  Well that explains a lot.

I also recall walking beneath a low slung overhead road-bridge.  It was so dark, I thought “no way would I trek through here on my own if I were anywhere else in the world”.  That says a lot about the safety of this country and why I love raising my girl here. 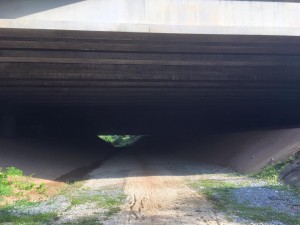 The route that led us to breakfast was 6km long, of which I ran 4km on my own.  Angela and Cindy waited for me at the end and together we found our way to Baker & Cook near Holland Village for a feast.  The rest of the gang was so fast, they added another 4km to their route and still managed to get to breakfast before us.

This run was like a taster and I envision one day in the not too distant future trekking the full length of the Corridor with my brother.  He needs to make a quick trip just for this, well before mid-next year anyway.