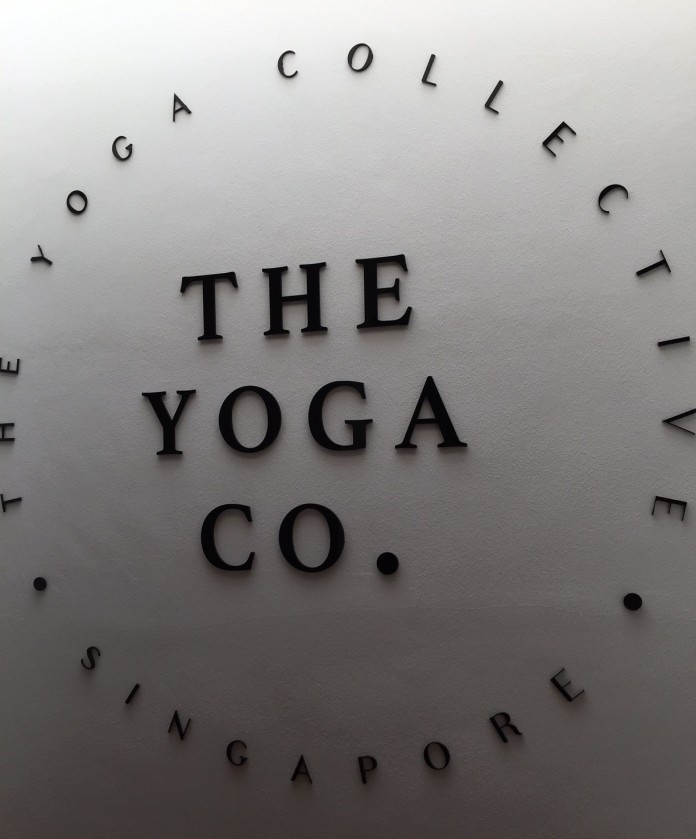 Hey fellow Yogies! How does groovin’ to some good music after an awesome (hot) sunset yoga session sounds?! Head down to Singapore’s first ever Yoga+Concert event “BLISS OUT” at The Meadow @ Gardens by the Bay on 12th December 2015 for to find out more!

As a lead up to the main event, the awesome folks at Bliss Out organised a yoga+cookout session for us. So while the haze kinda cleared up one fine Sunday morning, bestie Jerine and I attended one of the sessions by Bliss Out at The Yoga Co for a session by Angie (check out @sassyyogi on IG) followed by a pasta cooking demo by FunkyChef Melvin.

Both of us were psyched as it’s our first time at The Yoga Co.! Upon arrival at the studio, we were greeted by a really cosy living area where everyone gathered for a short briefing before class. We loved the decor there – filled with intricate decorations which made the whole place comfortable with a modern-rustic touch.

Class was delayed slightly for about 5mins but that’s okay. The moment we stepped into the studio I looked to Jerine and exclaimed: “So this is the famous white windows where all the local yogis practice and take their awe-inspiring stance and poses”!

And so, we settled down and began our 1hr practise. Man, and I’ve to say it’s been a while since I last practised yoga since my previous membership expired earlier this year. Instructor Angie was very patient in her coaching and did constant checks on everyone to make sure we were all on pace. It’s a pity I didn’t bring my phone into the room, otherwise I would’ve attempted a shot against the ‘famous picturesque white window backdrop’ too! Haha.

Nearing the end of our practise, we had to not only resist the urge to ‘give up’ to the workout, we also had to resist the fragrance of frying BACON teasing our senses! I reckon it’s Chef Melvin and his crew outside preparing the food for the cooking demo.

After the lesson, we were handed a packet of Vita Coco. As many of you might notice, coconut water is the “IN” thing right now as it contains lots of natural electrolytes for recovery after a workout. Thank you Vita Coco for the coconut water! 🙂 It was amazing!

Alas! Time for cooking demo! Today’s Menu: Truffle Carbonara Spaghetti and Soya Milk Poached Chicken Fusilli in Thai Pesto, courtesy of San Remo and FunkyChef Melvin. Doesn’t it sounds delicious? Chef Melvin was really fun and engaging! Throughout the demo, he offered tips on cooking pasta such as “Did you know you are not supposed to rinse the cooked spaghetti in cold water? San Remo’s pasta has the highest starch content among all other brands?” Very quickly, we came to the end of the Bliss Out fringe event. Before we left, the good people of San Remo also gave us each a goodie bag which was rather heavy. (see picture below to know what’s given inside the goodie bag)! 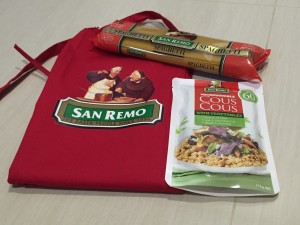 All in all, we enjoyed ourselves with the simple and cosy line up of activities. What better way to spend the Sunday morning with your bestie! Thank you Bliss Out for organising this 🙂

Can’t wait to work out and rock out on 12 Dec with you guys!