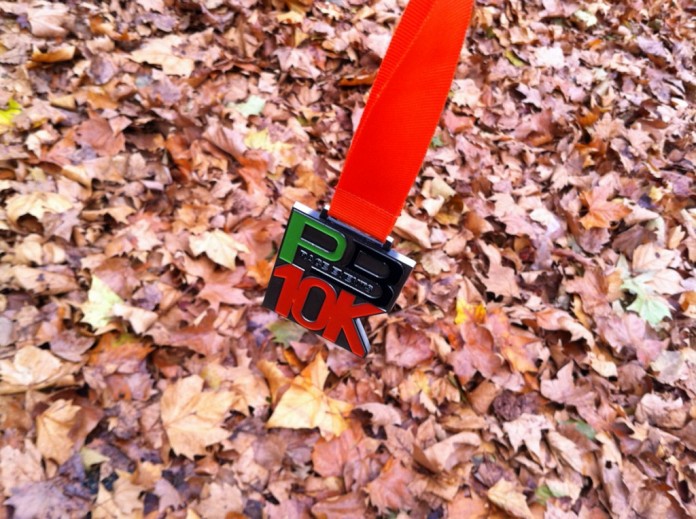 I am temporarily based in London for a work attachment so I decided to join this run last Saturday (October 25, 2014) to get a first feel of the racing scene here.

This would be my first race in the UK – apart from Singapore, I have also taken part in races in Greece and Thailand – so I thought I’d share this experience with you and try to make a short comparison with the running scene in Singapore.

The race route was 2 loops in the north-east part of Hyde park, passing by Serpentine lake. A very flat terrain offering a run uninterrupted by cars and traffic. Hyde Park is a great place to run, and fellow blogger Jason has already made a photo-post about it, check it out here.

Forget the fancy top-level-domains and well designed HTML5 websites that you get in Singapore. For this race (and many others that I have looked through) you just submit a form through organiser’s site and pay through either a third-party website or by posting a cheque (!!!).

The price was GBP 20 (approx. S$40) for either the 10km or 5km race. I should note that as stated on the organiser’s website “A donation from each entry will go straight to The National Osteoporosis society; just by participation alone you will be helping”.

There would be no race singlet or race pack collection day. Basically you show up at the race, check in, get your bib and run.

According to the website and pdf booklet, the starting point of the race would be “The Bandstand”. Keep in mind, Hyde Park is 2.5 square kilometres; to put things in perspective, the whole Gardens By The Bay area is 1.1 square kilometres. Stupidly enough, I didn’t think to ask for clarifications.

I came in walking from High Street Kensington, and met the west corner of the park first. There was a map which showed a bandstand located up north, so I made my way there. I got to the bandstand but nobody was there. I recalled having seen another bandstand near Serpentine Lake (south east corner of the park) so I thought to check that out. After about another 25 minutes walking I made it there, just 10 minutes before flag-off.

Warmed up from all the walking I was ready to go and glad I had set off early so I didn’t miss the race.

Not a very big turn around compared to Singapore races. My estimate was about 300 people. Looking at the finishers list, I see there were 236 for the 10km and 80 for the 5km.

I picked up my bib and dropped my bag without any delays. There was a short warm-up session, the necessary safety announcements and off we went.

Now, I am not a particularly fast runner. I have a timed PB of 51m:07s for 10km, and 2h:01m for a half-marathon. Still, I always find myself in the top 20% or so in Singapore races (judging from the few races that release percentiles).

I was really surprised by how fast everybody was. I did the first km in 5:20 yet I was still getting overtaken all the time. I tried to keep up that pace all the way to the end, but got cramps after around the 6th km so I had to slow down. I am not a big fan of running loops, but there were a quite few turns and changes of scenery so it wasn’t so bad. I should note that the only hydration point was passing the start line, which was about 5km into the run.

All in all, it a very comfortable run, and the unusually nice for London weather played a big part. Big thumbs ups to the little boys and girls “marshals” cheering along the way and handing out gummy bears. And to the lad playing his guitar for us at around the 3rd km.

A finisher’s medal, more gummy bears and a bottle of water were waiting for us at the finish line. The finisher’s bag contained tea (it’s England after all), cereal and a few vouchers and samples.

I ended up doing the 10km in 58:07mins, which placed me in the 70th percentile! Obviously, I am not into competitive running, but this was still quite surprising. Of course I am not saying that the British are faster than Singaporeans, and I don’t have enough data to support any argument, but my theory is that people who are not seriously into running do not bother to join races here(John, what’s your take on this?). Running has become more of a trend in Singapore than most of the other parts of the world – which is not necessarily bad!

On the other hand, this was a rather low-key race, so I will try to join more events for as long as I am here and let you know.

After hanging around for a while, I changed and made my way home walking through the park. It was a nice Saturday morning!